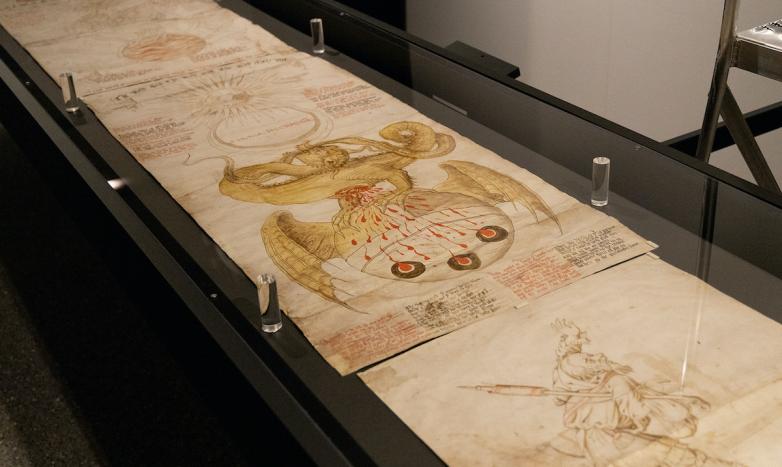 A Ripley Scroll on exhibit at Princeton University Library.

The Ripley Scrolls, those cryptic, illustrated manuscripts named after the Renaissance-era author and alchemist George Ripley, of which only 23 remain extant, have long beguiled book lovers. Figures like Sir Isaac Newton and John Dee were also drawn to their promise of health and wealth.

According to a new exhibit at Princeton University Library, Through a Glass Darkly: Alchemy and the Ripley Scrolls 1400-1700, the scrolls played an important role in the transmission of knowledge as alchemists sought to create medicinal elixirs and to convert base metals into gold. To avoid accusations of fraud, or worse, alchemists sometimes made their recipes, calculations, and theories indecipherable to laymen. 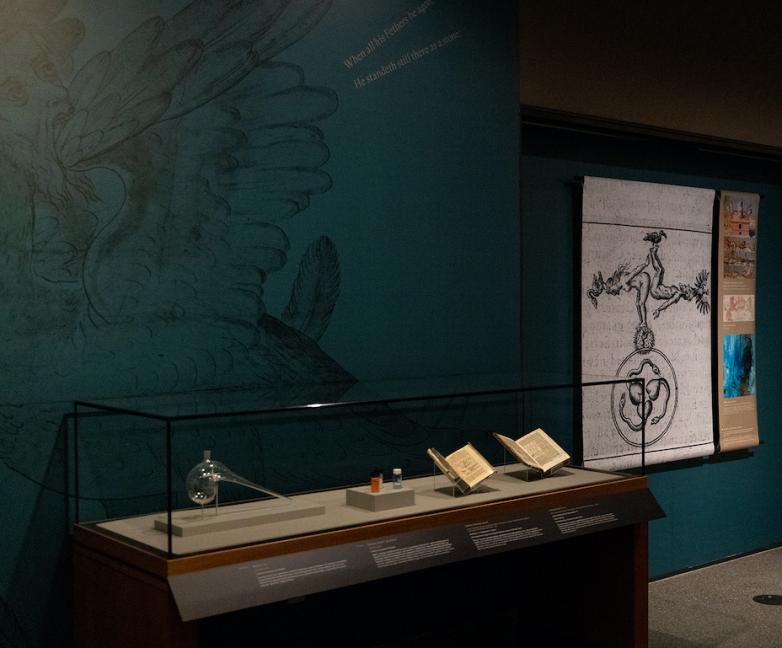 "To improve alchemy’s reputation, they presented their work as both a practical art and an ancient philosophical tradition," said Jennifer Rampling, exhibition curator and Princeton University associate professor of history. "One way of doing that was to disguise their secrets using very elaborate, allegorical language and obscure imagery. This fantastical imagery reached its peak with the Ripley Scrolls."

Princeton owns two Ripley Scrolls, one of which was added to its collection in 2017 when they purchased the last one remaining in private hands—made by the English herald Leonard Smethley in 1624—at auction in London for £584,750 ($781,225). The library’s first Ripley Scroll, dating from the 1590s, was a gift from bibliophile Robert H. Taylor in 1958.

To read more about Professor Rampling’s research on the Ripley Scrolls, go here. The library is also hosting a Talk with Jennifer Rampling, author of The Experimental Fire: Inventing English Alchemy 1300-1700, via Zoom on April 27 at 3 p.m.