Persepolis Original Book Art to be Sold by Marjane Satrapi 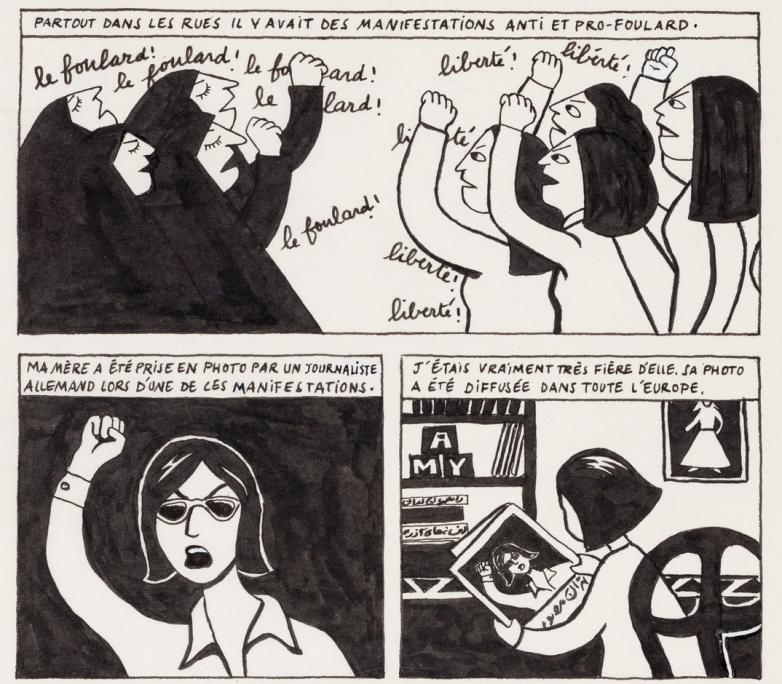 A sheet of Persepolis art work from the sale.

Persepolis (2000) was written and drawn by the French-Iranian artist Satrapi and has since been turned into an Oscar-nominated animated film. It focuses on Iran’s history and current situation, as well as issues of femininity. The 44 individual sheets which cover the author’s coming of age during Iran’s Islamic Revolution will form a dedicated auction within Sotheby’s series of Middle East sales in London. This will be the first chance to buy original Persepolis book art at auction. Bidding opens on October 19 and runs until October 25, while the sheets are on public view in Sotheby’s London galleries from October 21.

Satrapi has described the artworks as a “monster in my cupboard” and says proceeds from the sale will enable her to self-fund a future project which she has not yet revealed.