A Peek Inside Charlotte Brontë’s Wardrobe 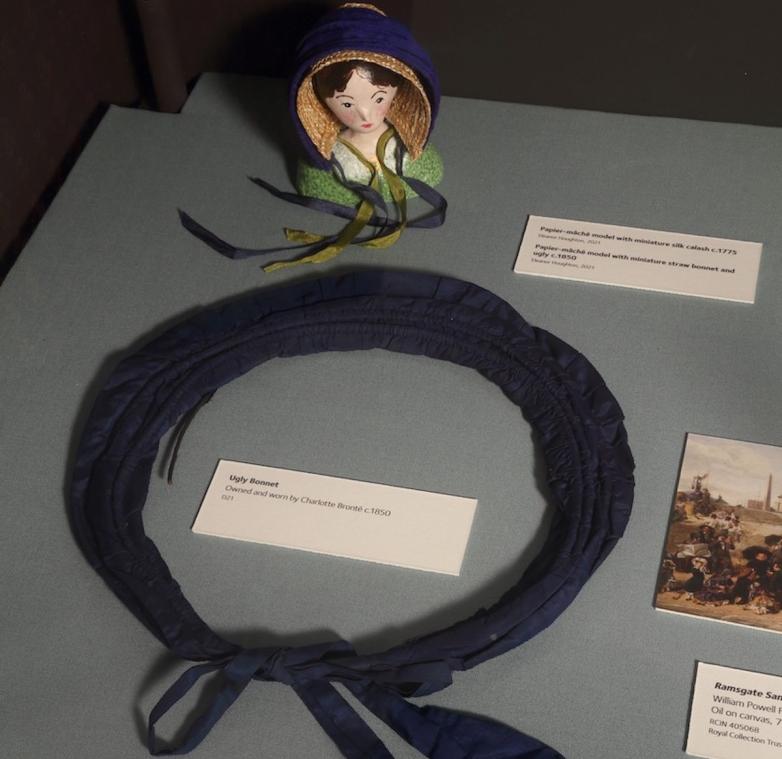 Charlotte Brontë’s "ugly bonnet" is on view at the Bronte Parsonage Museum.

A new exhibition at the Brontë Parsonage Museum in Yorkshire shines an intriguing light not on Charlotte’s work but on her clothes.

The author of Jane Eyre was a far less conservative dresser than her most famous character, as Defying Expectations: Inside Charlotte Brontë’s Wardrobe reveals. So while there are colorful though hardly controversial shawls from India, there is also a pair of 1840s beaded Mohawk moccasins (probably a gift from her American publishers Harper and Brothers who were eager to secure another book deal), and an "ugly bonnet," a kind of hat-parasol that resembles the hood on a child’s stroller. Elsewhere is a pink wrapper or house coat with cape, and a striped evening dress partly made from alpaca that has gone on display for the first time. 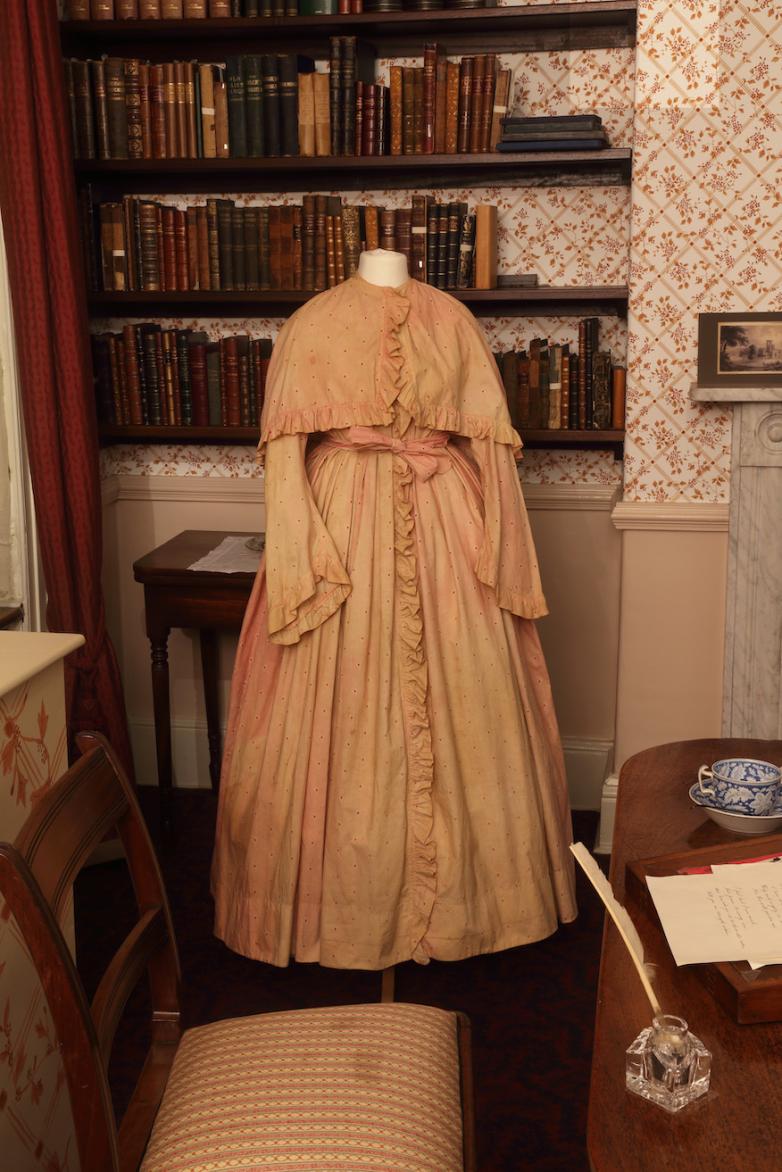 Charlotte Brontë's pink wrapping gown with matching cape is on view at the Bronte Parsonage Museum.

The exhibition of more than twenty items of the writer’s wardrobe is the culmination of six years of research by its curator Dr. Eleanor Houghton, who specializes in eighteenth- and nineteenth-century costume, literature, and social history and is writing a biography of Charlotte Brontë revolving around the importance of her clothing. She also acts as an historical costume consultant for film and television productions such as the BBC/HBO drama Gentleman Jack and has explored the clothing of George Eliot in a similar fashion for the Exploring Eliot project in 2021.

“My research has revealed that seismic changes in Charlotte’s life and circumstances are clearly reflected in her surviving clothing,” said Houghton. “And although those that remain make up just a portion of those owned and worn by the novelist throughout her lifetime, these varied and often surprising items are able to offer a unique insight into both her ordinary and extraordinary lives. The items tangibly demonstrate that the prevailing preconception that Charlotte Brontë remained entirely unaffected by the fast-changing world of which she was part is untrue.”

Ann Dinsdale, principal curator at the Brontë Parsonage Museum in Haworth, West Yorkshire, said: “When I first started working here, we couldn’t actually display some of the items included in this exhibition as they were so outlandish that people simply wouldn’t have believed that they belonged to the family. Just seeing the personal items these young women wore reminds us that that these globally significant writers were also human.”