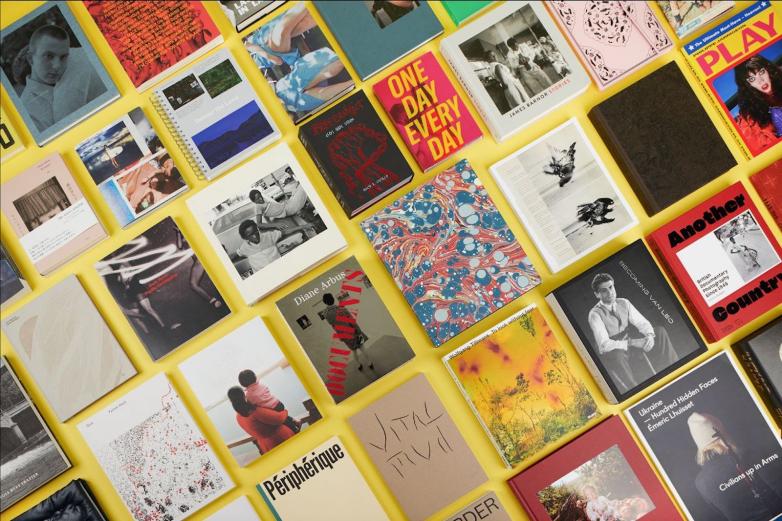 New York - Paris Photo and Aperture are excited to announce the shortlist for the 2022 Paris Photo-Aperture PhotoBook Awards, on the tenth anniversary of the awards - a celebration of the photobook’s contributions to the evolving narrative of photography. The award recognizes excellence in three major categories of photobook publishing: First PhotoBook, PhotoBook of the Year, and Photography Catalogue of the Year.

Florence Bourgeois, director of Paris Photo, comments: “We are very proud to celebrate ten years of the PhotoBook Awards on this twenty-fifth anniversary of Paris Photo and the seventieth anniversary of Aperture. It is a delight to witness each year what this award means to the photography community, through the number and quality of entries received, but also through the ongoing enthusiasm around this medium that remains a central part of the Fair, bringing together so many artists, publishers, collectors, and enthusiasts alike.”

Wilson observed about the process, “The shortlist jury is an opportunity to see what kind of books are being made today. With so many books to consider, one gets a strong sense that you’re in touch with the pulse of what photography can be in this moment.”

The total number of books received this year was a robust tally of 1,026, a remarkable increase in entries from the initial years of the awards (a little more than six hundred titles were entered in 2012). Jurying the PhotoBook Awards takes part in two stages. The ﬁrst took place at Aperture in New York, September 19–21, 2022, a process that involved the initial review of submissions in order to select the thirty-five shortlisted books in all categories. On Thursday, November 10, a ﬁnal jury composed of ﬁve members will meet in Paris to select the winners for all three prizes, which will be revealed on Friday, November 11, at 3pm CET in Paris and announced online on aperture.org and parisphoto.com.

All shortlisted and winning titles will be profiled in a printed catalogue, to be released and distributed for free during Paris Photo fair, along with the Winter 2022 issue of Aperture magazine. The shortlisted books will be exhibited at the Grand Palais Ephémère during Paris Photo, and will tour internationally thereafter. Since November 2021, last year’s shortlisted titles have been exhibited at several venues internationally, including in Paris, New York, Rome, Melbourne, Seoul; and Daegu, South Korea.

ABOUT THE AWARD CATEGORIES:   The Paris Photo–Aperture PhotoBook Awards were founded in 2012, and consist of three prizes in the following categories:

First PhotoBook: A $10,000 prize is awarded to the photographer(s)/artist(s) whose first finished, publicly available photobook is judged to be the best of the year. Twenty books from this category have been selected for the shortlist, and will be presented to the jury for final selection and exhibited during Paris Photo.

PhotoBook of the Year: This prize is awarded to the photographer(s)/artist(s) and publisher(s) responsible for the photobook judged to be the best of the year. Ten books from this category have been selected for the shortlist, and will be presented to the jury for final selection and exhibited during Paris Photo.

Photography Catalogue of the Year: Added to the Awards in 2014, this prize is awarded to the publication(s), publisher(s), and/or organizing institution(s) responsible for the exhibition catalogue or museum publication judged to be the best of the year. Five books from this category have been selected for the shortlist, and will be presented to the jury for final selection and exhibited during Paris Photo.

The Jurors’ Special Mention category is selected by the jury as a means of recognizing strong thematic trends identified in a given year’s entries. Six books were earmarked for this category.