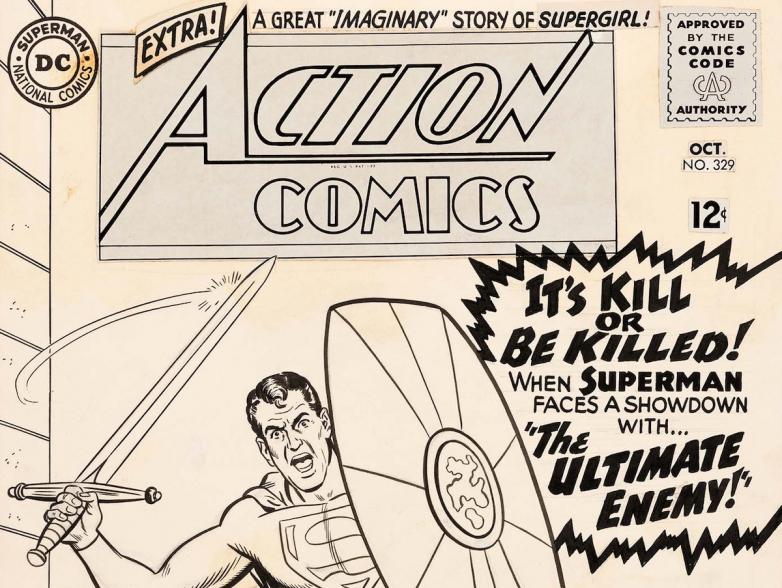 Hake’s was established in 1967 with political items as its foundation. The February sale continues that tradition, not only with the opening lot but also a magnificent Civil War treasure: a hand-painted 1860 Abraham Lincoln and Hannibal Hamlin “Wide Awake” parade banner with the mesmerizing image of a large human eye. The “Wide Awakes” were 36 young men from Hartford, Connecticut, who banded together to form a political action group. On March 5, 1860, after hearing Lincoln’s address in their hometown, the youthful activists formed a marching party to escort the future president to his accommodation for the night. Lincoln was so impressed by the spectacle, he started encouraging young people everywhere to follow the Wide Awakes’ example. Banners created and used by the Wide Awakes are almost non-existent, especially in private hands. A top highlight amongst the 500 political lots in the auction, the ultra-rare pre-Civil War textile will open with a $10,000 bid and no reserve.

The powerful 300-lot selection of sports memorabilia is highlighted by an extremely rare Babe Ruth Boston Red Sox “Royal Rooters” 1915 Champions button. It is emblazoned with the same group photo of Ruth, his 21 teammates, team owners and trainer that appears on a 1915 real-photo postcard that achieved a six-figure auction price. Advanced baseball memorabilia collectors would know that only two examples of this particular button are known to exist. Of those two, the one offered by Hake’s is the only one known that retains its original-issue red display stocking. With provenance from the Paul Muchinsky collection, it will open at $5,000.

In addition, the auction includes several ultra-desirable Negro League collectibles from “The Black Ball Collection.” Within the select grouping is the only known example of a postcard depicting the 1911 NY Lincoln Giants – one of the most significant of all black baseball teams – during their inaugural season. The historic photo of the uniformed lineup includes Hall of Famers John Henry “Pop” Lloyd, Louis Santop, and player/manager Sol White in his only known “card” appearance. Coming to auction for the first time in 20 years, this fascinating baseball relic is on target to make $20,000-$35,000.

The red-hot market for Michael Jordan memorabilia has been unstoppable of late. “Investors have entered the market in droves this year,” Winter noted. Another potential headline-grabber will appear at Hake’s on February 24 in the form of a 1986-’87 Fleer #57 rookie card for the hardcourt Hall of Famer. Depicting Jordan in his familiar Chicago Bulls uniform, soaring through the air in slam-dunk mode, the BGS-graded 9 Mint card could score $20,000-$35,000.

Another collecting category on the upswing is original comic book cover art. The auction features a few of the finest such artworks ever to come to auction. Curt Swan and Sheldon Moldoff’s original pen-and-ink cover art for Action Comics #329 (DC Comics, Oct. 1965) is a full-body portrayal of Superman – with an uncharacteristically ferocious expression – wielding the Super-Sword of Krypton and large Super-Shield. It represents one of only an estimated 20 covers on which Swan and Moldoff collaborated. With provenance from the David Barsalou collection, this lot will cross the auction block with a $35,000-$50,000 estimate.

A likely auction showstopper is Johnny Craig’s (1926-2001) original, signed 20-by-26-inch artwork for EC Comics’ The Vault of Horror #41, an issue that never saw daylight. “The Vault of Horror’s last issue, #40, published in January 1955. Craig imagined and created what the cover of #41 would have looked like and drew it in the 1970s. It’s all hand-done and features portraits of horror-hosts The Vault-Keeper, The Crypt-Keeper, and The Old Witch. EC fans will be all over this artwork.” Estimate: $10,000-$20,000

A small trove of original Mickey Mouse daily comic strip art from the estate of Disney artist Earl Duvall includes several outstanding pen-and-ink works from the early 1930s. With penciling by longtime Mickey Mouse comic artist Floyd Gottfredson and ink work by Duvall, a February 4, 1931 strip is from the “Mickey Mouse Vs. Kat Nipp” storyline. It features five panels of interaction between Mickey and tough guy Kat Nipp, who snips off the hero rodent’s tail, an action that prompted an outcry from readers. Its pre-sale estimate is $20,000-$35,000.

Uzay (Turkish) unauthorized Star Wars figures sometimes display wonderfully bizarre modifications and humorous card art, and have attained cult status with collectors. This auction features a 3.75-inch Uzay ‘Starswar’ Emperor’s Royal Guard figure encapsulated in a blister card, which is AFA-graded 60 EX and expected to make $5,000-$10,000. A 1985 Kenner first-shot prototype for an unproduced Kleb Zellock figure is AFA-graded 85+ NM and comes with its original weapon. Accompanied by a CIB COA, it is also estimated at $5,000-$10,000.