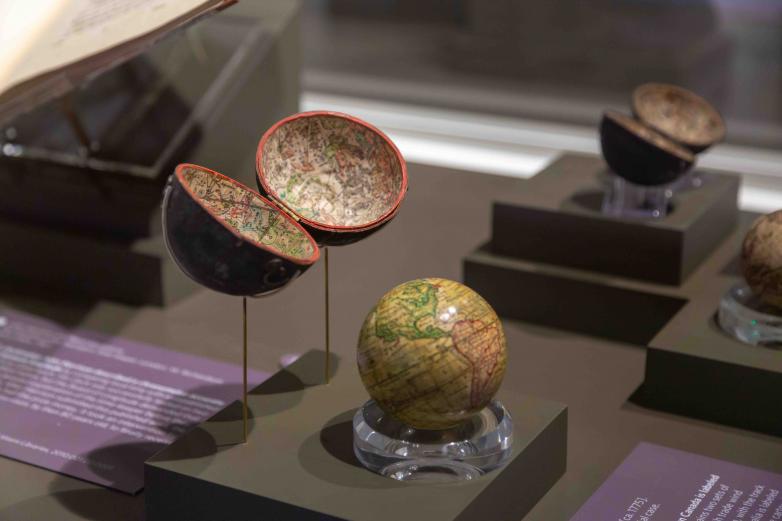 Miniature globes on display in the exhibition, Open New Worlds.

Last week the Kislak Center at the University of Miami Libraries dedicated a new gallery and opened its inaugural exhibition, Open New Worlds: A Journey Through the Kislak Collection, featuring two hundred rare books, manuscripts, maps, globes, and artifacts related to exploration of the early Americas.

The gallery, located on the mezzanine level of the Otto G. Richter Library, “celebrates the vision, passion, and generosity” of collector and philanthropist Jay I. Kislak, who died last year at the age of 96. In 2017, he presented the University of Miami Libraries with a landmark gift of rare books that included a first edition of the famous 1493 letter of Christopher Columbus, in which his describes the New World. 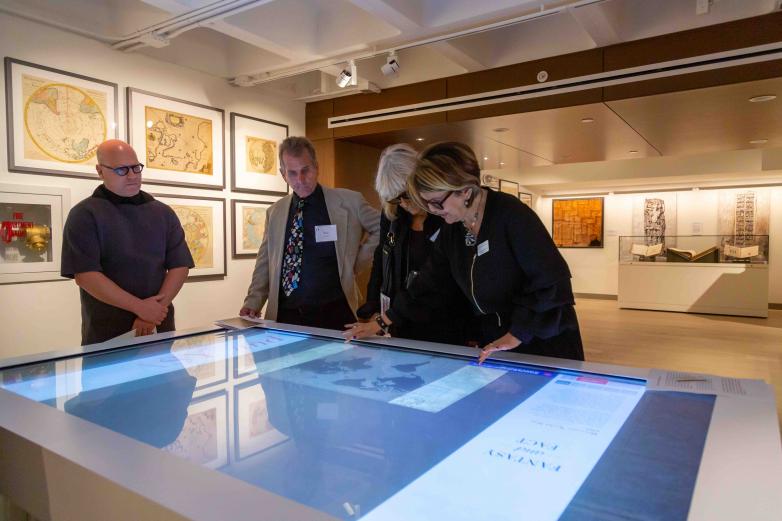 Cristina Favretto, head of special collections for University of Miami Libraries, using the touchscreen exhibit display at the gallery's dedication.

That donation also included a 1486 edition of Ptolemy’s Cosmographia; a 1521 volume describing Cuba by Italian historian Peter Martyr d’Anghiera, who wrote the first accounts of Spanish explorations in the Caribbean and Central and South America; a 1589 volume, The Principal Navigations, Voiages and Discoveries of the English Nation, by Richard Hakluyt; and a two-volume account of the 1804-1806 Lewis and Clark Expedition, commissioned by President Thomas Jefferson after the Louisiana Purchase.