PLEASE NOTE:  Reminder that we are now conducting all our auctions at our spacious new gallery which is located at 2085 Dryden Road (Route 13) in Dryden, NY, just east of Ithaca.

This catalog features rare, antique and decorative books as well as select additions of art and ephemera. We will offer another session from the holdings of Archaeologia Books and Prints and a substantial private collection of early New York State histories and atlases, along with titles from the Fruits of New York and similar series. Also of note is an array of decorative antique sets and additional cartographic offerings.

Antique and rare books in this catalog feature numerous titles. Among the earliest examples are the 1819 and 1825 first editions of Herbert's "Londina Illustrata Graphic and Historic Memorials," published in two volumes, the 1852 two-volume printing of Stephens' "Incidents of Travel in Central America Chiapas and Yucatan," and five volumes from de Thou's "Historiarum sui Temporis," produced c1614. Other scarce titles include a 1929 first edition of Hemingway's "A Farewell to Arms," the 1906 limited edition of Riat's "Gustave Courbet - Peintre," and the 1888 two-volume first edition of the "Personal Memoirs of P. H. Sheridan," in decorative bindings and featuring folding maps.

Several pleasing collections will also be showcased. Included is another session from the holdings of Archaeologia, concentrated in Egyptology, which is led by specimens such as Sieglin, Vogt and Watzinger's "Die Griechisch-Agyptische Sammlung," produced in three large-format volumes over the years 1924 to 1927. Decorative antique sets include histories dating back to the early 19th century and fiction collections by authors such as Mark Twain, Charles Dickens and Nathaniel Hawthorne. The New York State county histories and atlases are led by examples such as the 1875 first edition of D. G. Beers' "Atlas of Madison County, New York" and among the Fruits of New York titles, topics including grapes and peaches are offered, alongside other decorative New York State natural history titles.

Found throughout this catalog are interesting offerings of art and ephemera. Included is a scarce Theodore Roosevelt poster, original engravings dating back to the 17th century, and antique maps. Additional ephemera lots present material from categories such as antique Americana, lithographs, plates, original antique correspondence, black Americana, Egyptology, magazines and other genres.

National Book Auctions is a public auction service specializing in books, ephemera, and art. National Book Auctions is a targeted service offering experience and expertise unique to marketing antique and modern books and ephemera for consignors and collectors alike. The upcoming 2014 auctions will feature a wide assortment of collectible, signed, and first edition books. For more information, please contact the gallery at 607-269-0101 or email mail@nationalbookauctions.com. 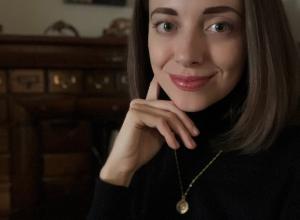