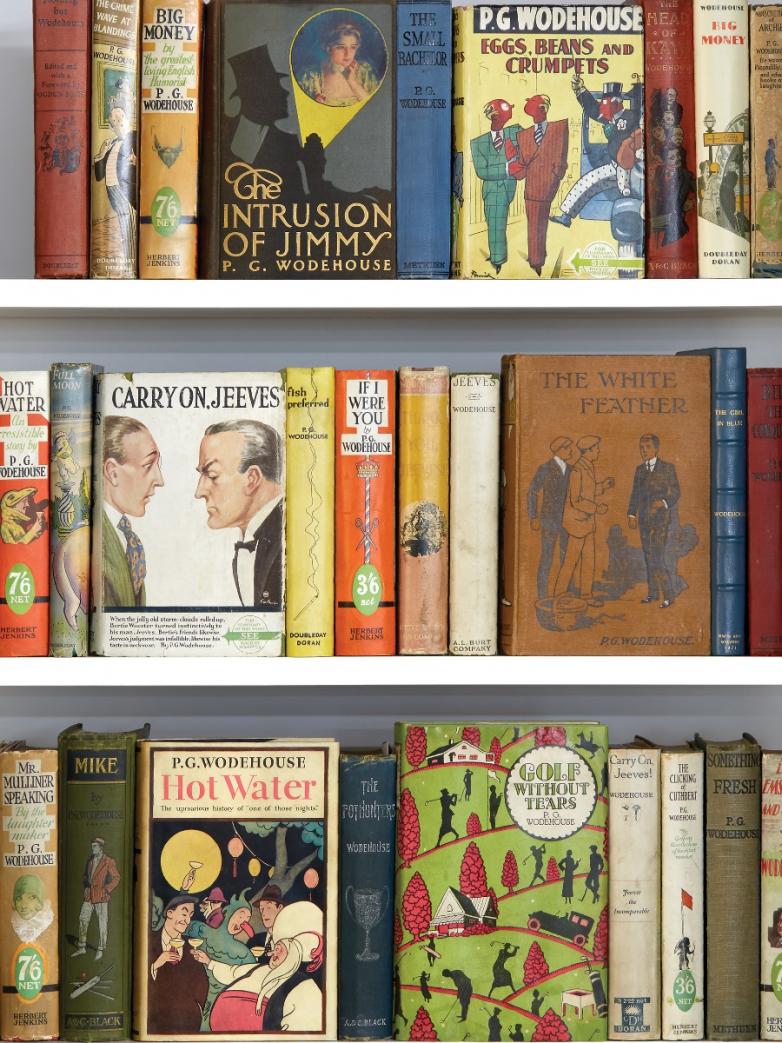 Call it a happy coincidence, but a first English edition of P.G. Wodehouse’s 1931 novel, Big Money, in its rare first issue dust jacket just might make top lot at auction on May 7. Estimated at $3,000-5,000, the book is one of nearly two hundred lots from the book collection of the late William Toplis, a Wodehouse devotee who died last year, to be offered at Freeman’s in Philadelphia. It is, commented specialist Darren Wilson at Freeman’s, “a robust and expansive collection spanning the illustrious career of P.G. Wodehouse.”

Wodehouse, full name Sir Pelham Grenville Wodehouse (1881-1975), is largely known as the creator of Jeeves, a sharp-witted English valet who serves Bertie Wooster through eleven novels and thirty-five short stories. But Wodehouse was even more prolific than that, eventually publishing more than ninety novels and two hundred short stories. 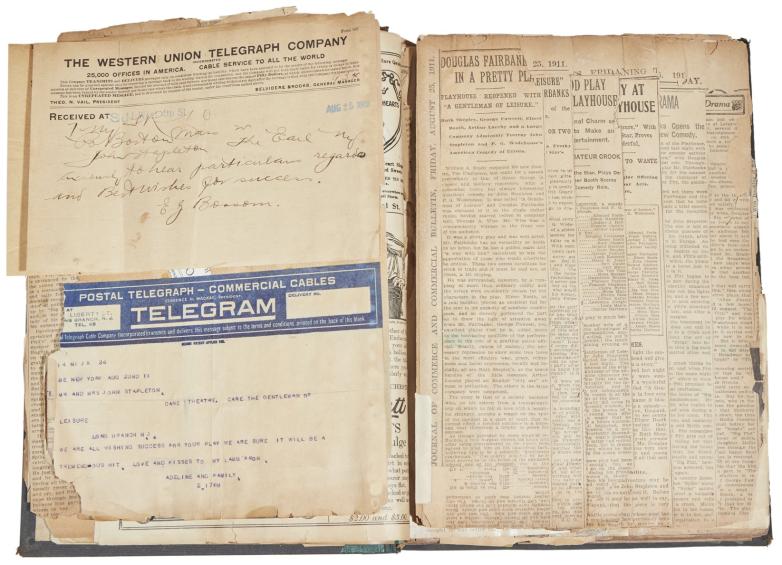 One of four personal scrapbooks kept by author P.G. Wodehouse.

If Big Money doesn’t come through, there are a couple of other lots easily in the running to breakaway, including a corrected typescript of Wodehouse’s novel Do Butlers Burgle Banks, published in 1968. Its estimate is $5,000-8,000. Or the author’s personal scrapbooks, in four volumes, spanning 1911-1960. Each scrapbook contains newspaper clippings and magazine articles documenting his literary career—overall, a fascinating and personal compilation, estimated at $3,000-5,000.

The sale is flush with first editions, ephemera, and even a few eccentricities, e.g., Wodehouse’s 14-karat pocket watch, a scoring booklet from a cricket match the author played on August 16, 1912, and a tweed waistcoat from the 1989 Jeeves & Wooster television series, worn by actor Stephen Fry.