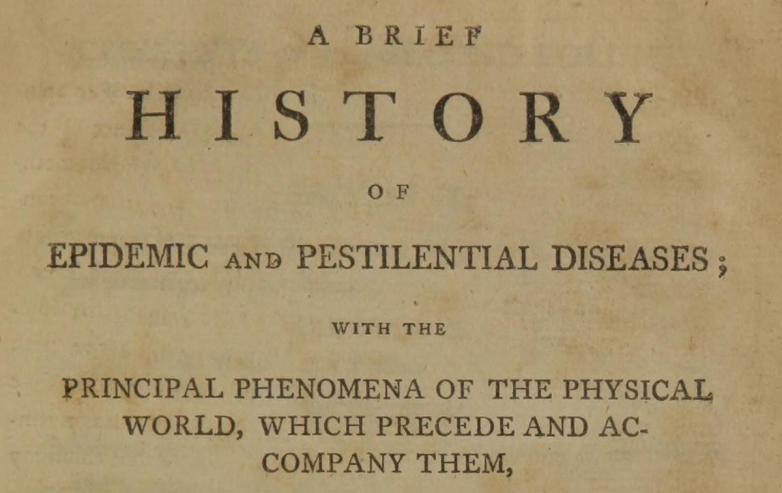 A Brief History of Epidemic and Pestilential Diseases... (1799) by Noah Webster.

In researching a story for our next print issue, I came across the oddly compelling (and timely) fact that Noah Webster, whose legacy is rooted in dictionaries, wrote what are believed to be some of the first American books about epidemiology. Webster was a newspaper editor at the tail end of the eighteenth century, as bouts of yellow fever ravaged Philadelphia and New York. With no medical training—not that it would have helped much, at this point in history—Webster did what he could: collected information from physicians and published the results in order to better understand the health crisis at hand. 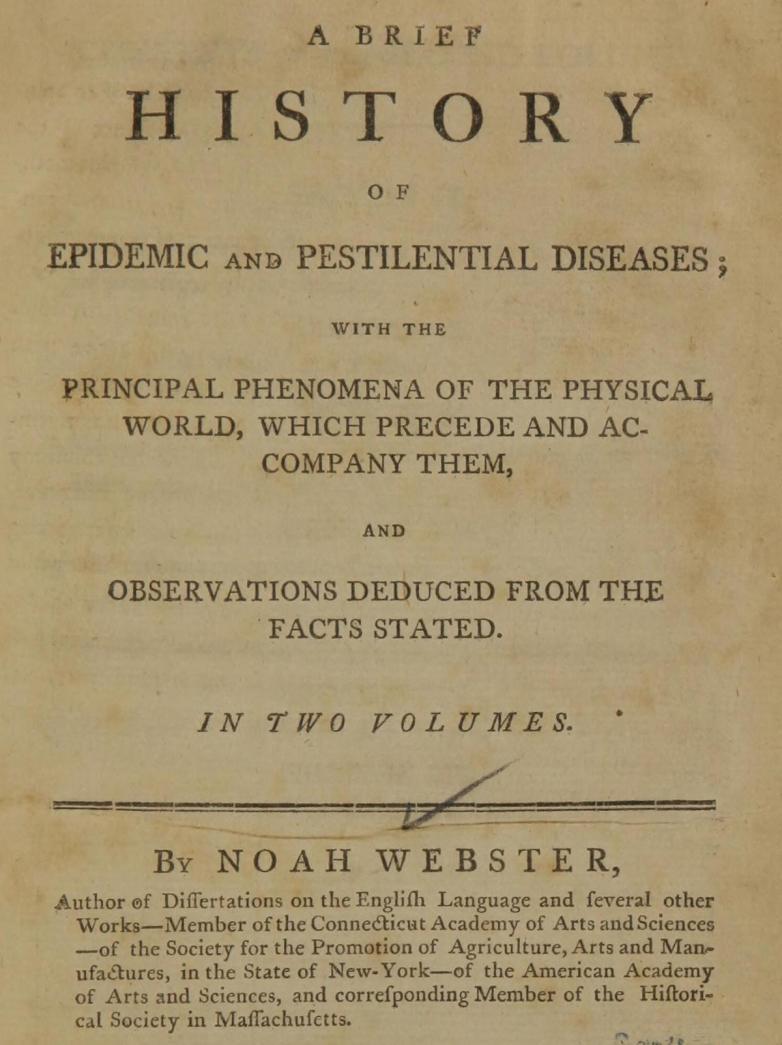 First came A Collection of Papers on the Subject of the Bilious Fevers, prevalent in the United States for a Few Years Past (1796), followed by A Brief History of Epidemic and Pestilential Diseases; with the principal phenomena of the physical world, which precede and accompany them, and observations deduced from the facts stated (1799). Like the doctors of his era, Webster was unable to determine the cause of yellow fever or offer a useful remedy, but his reporting and publishing on the subject was significant. No less than the famous nineteenth-century physician and book collector Dr. William Osler called Webster’s second book “the most important medical work written in this country by a layman.” Who knew?

Alas, having survived the scourge, Webster turned his attention back to grammar, spelling, and lexicography, for which he is best known today. Stay tuned for more in our spring quarterly!