In the new issue of Strand Magazine published this week, a previously unpublished Raymond Chandler story appears along with an Agatha Christie story never before published in America. 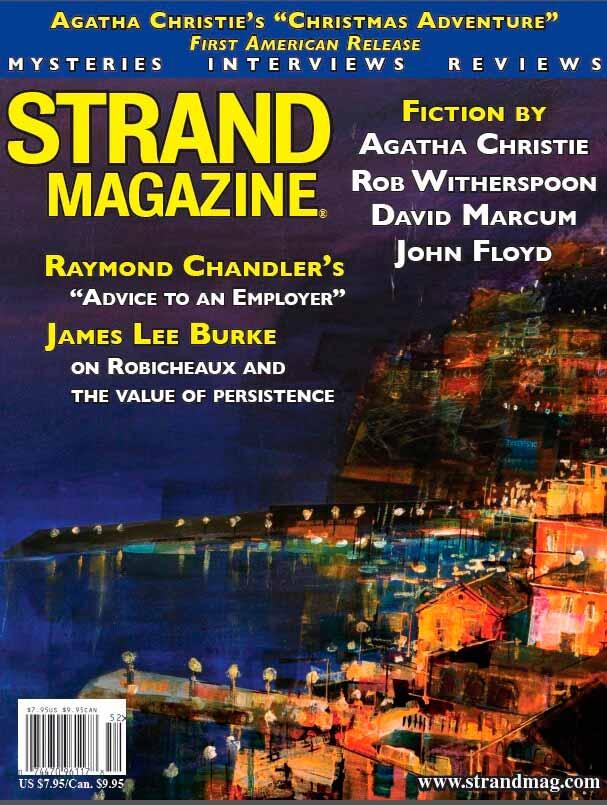 The Chandler story, "Advice to an Employer," shows a different side to the author most closely associated with LA noir. Before he became a mystery writer, Chandler was an executive with an oil company, and this amusing story stems from his corporate experiences.

The Christie story, "Christmas Adventure," features her beloved Belgian detective Hercule Poirot celebrating Christmas at an English country estate. The story was first published in Britain in 1923 and was expanded later into a novel, The Adventure of the Christmas Pudding. The Strand's publication will be the first time the original story has been published on this side of the Atlantic.

With the new issue, Strand's editor, Andrew F. Gulli, continues his fine tradition of uncovering unpublished gems from major twentieth-century authors. Gulli said of the stories, "Reading this version of Christie’s short story, you realize why her works are classics. They have the ability to engage and entertain from start to finish. And as far as Chandler, beneath that stark and world weary author of noir, you can see that he had a wonderful zany sense of humor.”

The October issue of Strand Magazine is on stands now. It can also be ordered directly from the magazine's website. The Christie story will also be included in an upcoming HarperCollins anthology of Christie's short stories featuring Hercule Poirot and Ms. Marple entitled Midwinter Murder.