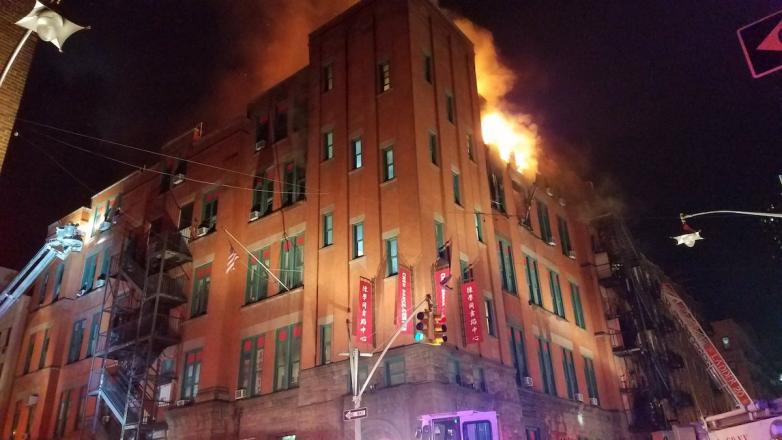 Last January, a five-alarm fire tore through the Mulberry Street building where the Museum of Chinese in America housed its collection.

Just a year ago, a fire nearly destroyed the collection of the Museum of Chinese in America (MOCA). The Mulberry Street building that housed its historical artifacts and archives caught fire on January 23, 2020 and burned into the night and the following day. At the time, we were just finalizing our spring issue, which, coincidentally, featured MOCA as one of five NYC museums with deep research collections “hidden” inside museums. 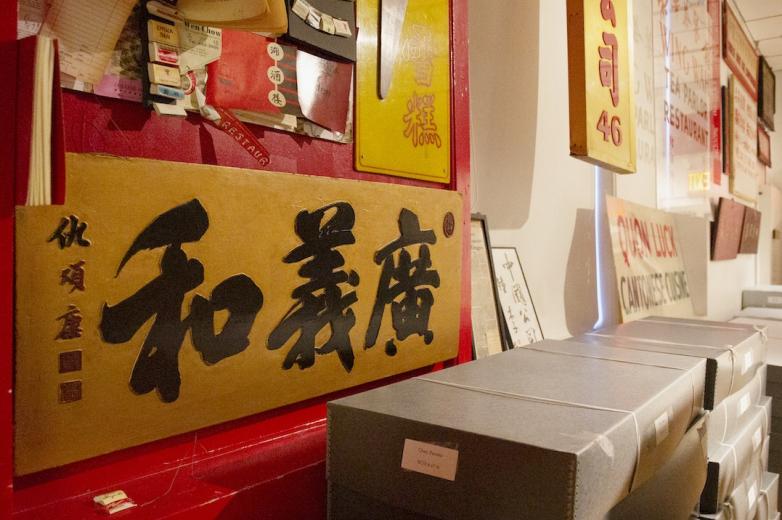 A pre-fire photograph of MOCA's collection of signs from closed Chinatown businesses.

A week after the fire, MOCA’s president, Nancy Yao Maasbach, reported that 200 boxes had been recovered from the space and stabilization efforts were underway. Six months later, she commented, “In addition to extracting more than 85,000 items out of the fire-torn building, the team has worked ceaselessly to create a plan for full recovery.” Amazingly, 95 percent of the collection was salvaged and installed in a new home at 3 Howard Street, one block away from the museum itself at 215 Centre St.

To mark the anniversary and the institution’s Phoenix-like renewal, MOCA teamed up with Google Arts & Culture on a virtual exhibition titled Trial by Fire: The Race to Save 200 Years of Chinese American History, available exclusively on the platform. This compelling exhibition tells the story of the fire and its critical aftermath in images, videos, and social media posts.

“One of the unexpected silver linings of this period of time are creative and intentional new partnerships. MOCA is incredibly grateful to Google Arts & Culture to expand MOCA’s usership which will inevitably broaden the much-needed scholarship in the areas related to the Chinese American narrative in America,” Nancy Yao Maasbach commented in a press release.

“Google Arts & Culture is proud to share the Museum of Chinese in America's journey from tragedy to triumph, as it worked to successfully preserve and protect the museum's art and historical artifacts for generations to come,” commented Google Arts & Culture US lead Simon Delacroix. “Now people around the world will get to experience the museum immersively through virtual tours and exclusive exhibits.”

In addition to Trial by Fire, more than 200 digitized, high-resolution images from MOCA’s collections will be available for the first time through this online portal, as well as the digital exhibit, With a Single Step: Stories in the Making of America, and the My MOCA Story video project, a crowdsourced storytelling project launched by MOCA at the beginning of the COVID-19 pandemic.