The Morgan Explores the Captivating Book of Ruth 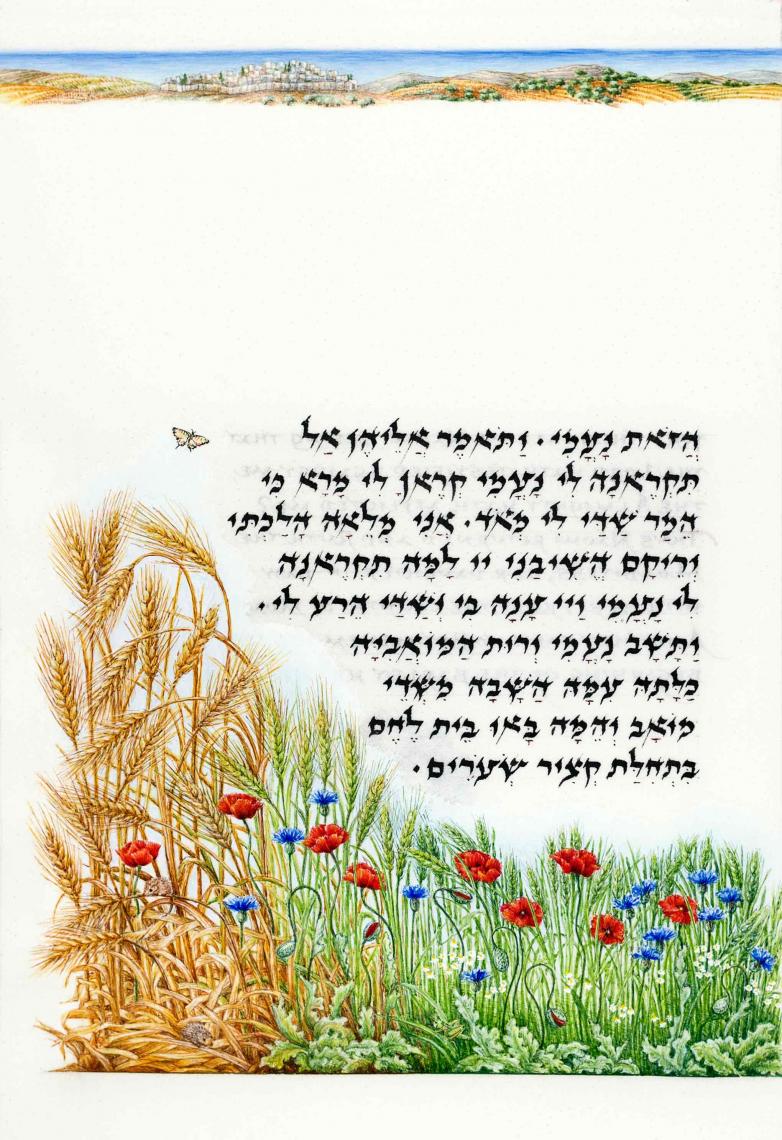 New York – The Morgan Library & Museum is pleased to present The Book of Ruth: Medieval to Modern, opening February 14 and running through June 14, 2020. The exhibition celebrates the gift made in 2018 by Joanna S. Rose of The Joanna S. Rose Illuminated Book of Ruth to the Morgan. The accordion-fold vellum manuscript, measuring nine inches tall and an astonishing eighteen feet long, was designed and illuminated by New York artist Barbara Wolff, who worked on the project for two years (2015–17). The Rose Book of Ruth is presented in conversation with twelve manuscripts, drawn from the Morgan’s holdings, that unfold the Christian traditions for illustrating the story of Ruth during the Middle Ages. Through the juxtaposition of the modern manuscript with these ancient works, which date from the twelfth to the fifteenth century and include three leaves from the Morgan’s famed Crusader Bible, the exhibition brings into focus the techniques of medieval illuminators that inspired Wolff, as well as her inventive approach to iconography.

Famine and flight, emigration and immigration, and the concept of foreignness are among the issues touched upon by the anonymous author of the Bible’s book of Ruth, the book’s titular character was a great-grandmother of King David and, in the Christian tradition, an ancestor of Jesus Christ. Most biblical narratives concern kings, priests, and warriors—the lives of men. In the book of Ruth, however, women’s voices speak to us from the world of the early Iron Age in the Middle East. They tell of lives spent in close contact with the natural world, dependent on the gifts of sun, rain, and dew, “each in its season.” In that ancient setting, women sustained the family, the tribe, and the community. The book of Ruth speaks of courage and devotion. Ruth and her daughter-in-law Naomi craft the means of their survival, and their strength helps build the foundation of the House of David. Though each chapter has a distinct character, visual language, and ethical message, together they blend into a pastoral narrative set during the springtime in gathering of the grain.

This exhibition is organized by Roger S. Wieck, the Morgan’s Melvin R. Seiden Curator and Department Head of Medieval and Renaissance Manuscript. Wieck says, “I think visitors will be amazed at the inspiration that artists – both medieval and modern – have found in the suspenseful and touching story told in The Book of Ruth.”