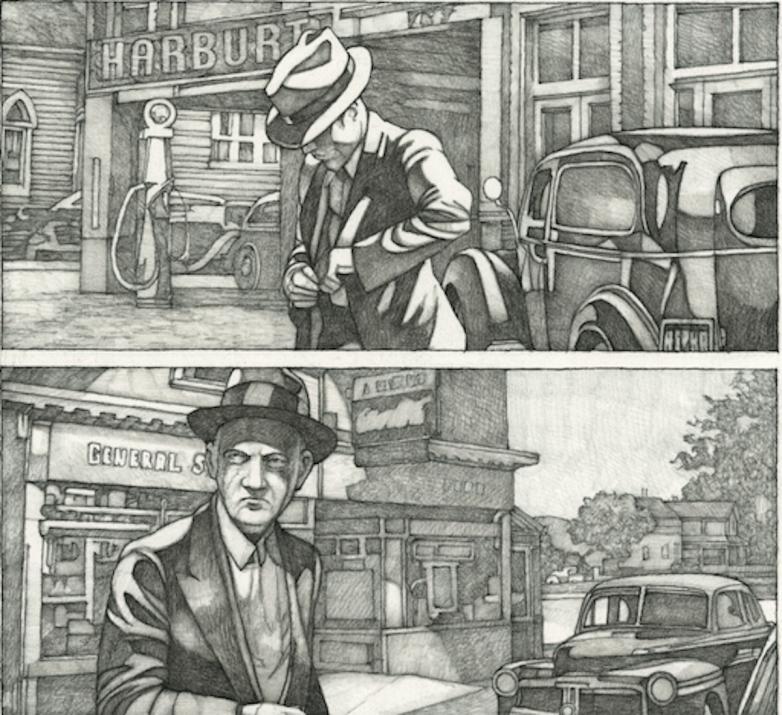 The Philippe Labaune Gallery may be a newcomer to the New York arts scene, having opened its doors earlier this year, but its founder is a well-known figure in the world of comics collectors as the founder of Art9, an organization that introduces European comics to a wider audience. The gallery's latest exhibition showcases the work of Miles Hyman, an artist who draws inspiration from mid-century American realism.

Two series of paintings represent the debut of Hyman's paintings in New York. The first, entitled Crash, highlights women plucked from one scene--beachside, on a sidewalk--and dropped into jarring landscapes where they clearly do not belong, such as the scene of a car crash or in an industrial park. East Coast Light is an ode to landmarks that make New York City special.

Hyman, as it turns out, is the grandson of writer Shirley Jackson, whose short story "The Lottery" appeared in the June 26, 1948 issue of the New Yorker and has quietly terrified readers ever since. In a bid to "affirm a tangible link to her life and work in a way that was both professional and deeply personal," Hyman's original charcoal drawings from his 2016 graphic novel adaptation of Jackson's story are also on display, as well as original pages from his graphic novel adaptation of The Black Dahlia by James Ellroy and The Prague Coupe by Jean-Luc Fromental.

Narrative Images will be on display through June 26.