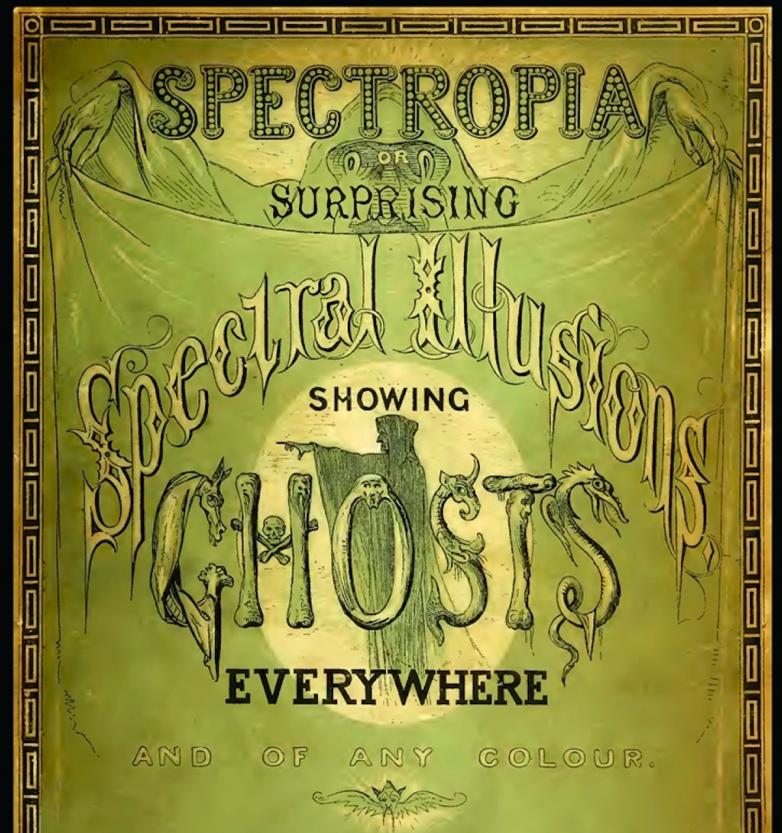 October feels like the right time to feature the books of author, publisher, and book collector Marc Hartzman, who first caught my attention back in 2015 with his novel, The Embalmed Head of Oliver Cromwell. Hartzman, aka the Weird Historian, enjoys the odd and unusual--as do I. 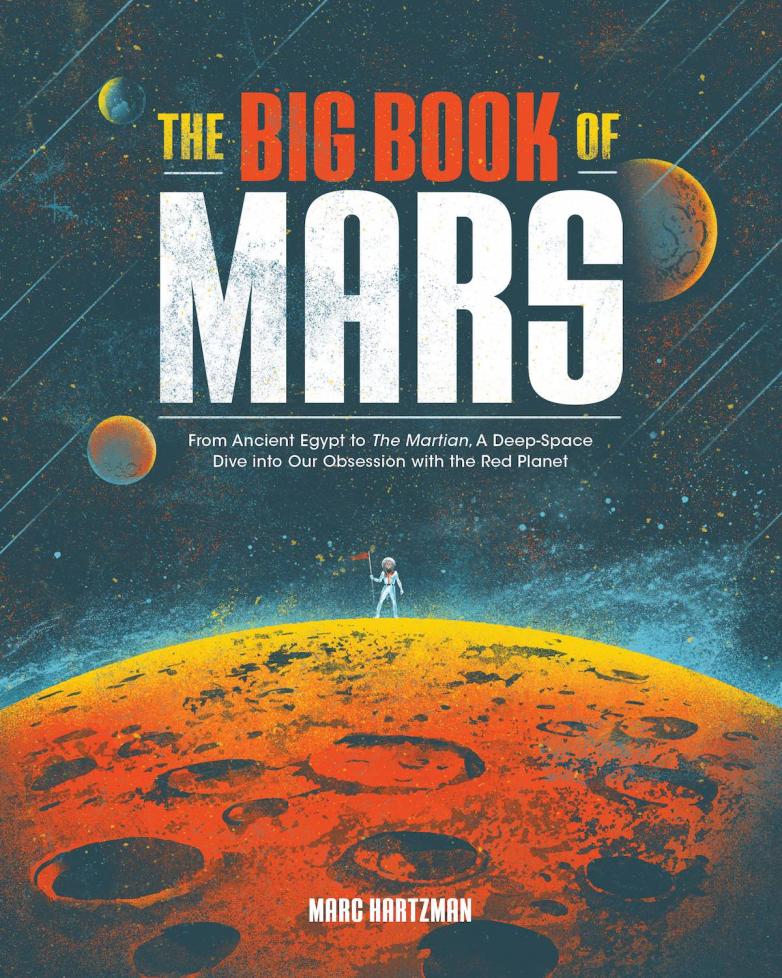 As an author, his latest book is extraterrestrial: The Big Book of Mars, published earlier this year by Quirk Books. Brimming with archival images, pop culture ephemera, and interviews with NASA scientists, it has just about everything you’d ever want to know about the Red Planet in a funky package.

As a publisher, Hartzman’s company, Curious Publications, offers “Books for the unlike-minded.” In many cases, he’s reviving intriguing out-of-print titles about death and Spiritualism, e.g., Spirit Slate Writing and Kindred Phenomena (originally published in 1898) and Psycho-Phone Messages (1921). Coming soon is a new edition of The Celebrated Hans Holbein’s Alphabet of Death. I've asked him more about his process in our interview below.

And as a collector, well, keep reading!

RRB: The latest book from Curious Publications is a reprint of an 1864 book called Spectropia (pictured at top). Why did you decide to publish this new edition? Is the idea to bring great old books ‘back to life’?

MH: I had been thinking about republishing odd and obscure public domain books for a few years, but between my regular job as a creative director in the advertising industry, writing books, and being a dad, I never had the time. Then the pandemic hit, and suddenly I had a lot of time on my hands at home.

I had written about Spectropia for my site, WeirdHistorian.com, and decided if I was going to start this new venture, this would be the book to do it with. First, its cover is absolutely beautiful. I love the typography and everything about the design. If you’re going to judge a book by its cover, how could you not buy it? And since it’s also a fairly short book, filled mostly with wonderfully spooky illustrations—all of which can be seen as ghosts in your own home—I could ease into the production aspect. I added a foreword to give the book a little context for modern readers, and kept the rest as it was originally presented. Spectropia deserves a new life, and I’m thrilled to make that happen.

After that, I took on bigger challenges with other books lost in history. By bigger challenges, I mean a lot more text to clean up and set. Each of these additional books has been crafted with elegant layouts reflective of the original publications and newly designed covers. They also all include something extra, be it foreword, added images, or even reviews that ran during the time of the original publication. I especially loved including reviews of The Sight of Hell, which is an absolutely crazy book that told children if they sinned a devil would strike them "every minute for ever and ever, without ever stopping."

RRB: What types of books do you collect? Where do you find them?

MH: Lately I’ve been buying a lot of nineteenth- and early twentieth-century Spiritualism books. I’m fascinated by the beliefs and ideas shared about the ability to communicate with the dead. More than ten million people identified as Spiritualists back then—what a time it must have been to be alive, and be convinced death was not the end. These books generally have wondrous titles and designs, which I always love. One of my favorite titles is How to Speak With the Dead: A Practical Handbook. (I republished that one as well.) I also love old books about sideshow history and other peculiar performers from history.

For the most part I find these books on eBay. On occasion I’ll find something at an antiquarian book fair. And not too long ago I picked up a first edition Mark Twain book (Extracts from Adam’s Diary) for ten bucks at a used bookstore. That was a good, lucky find. 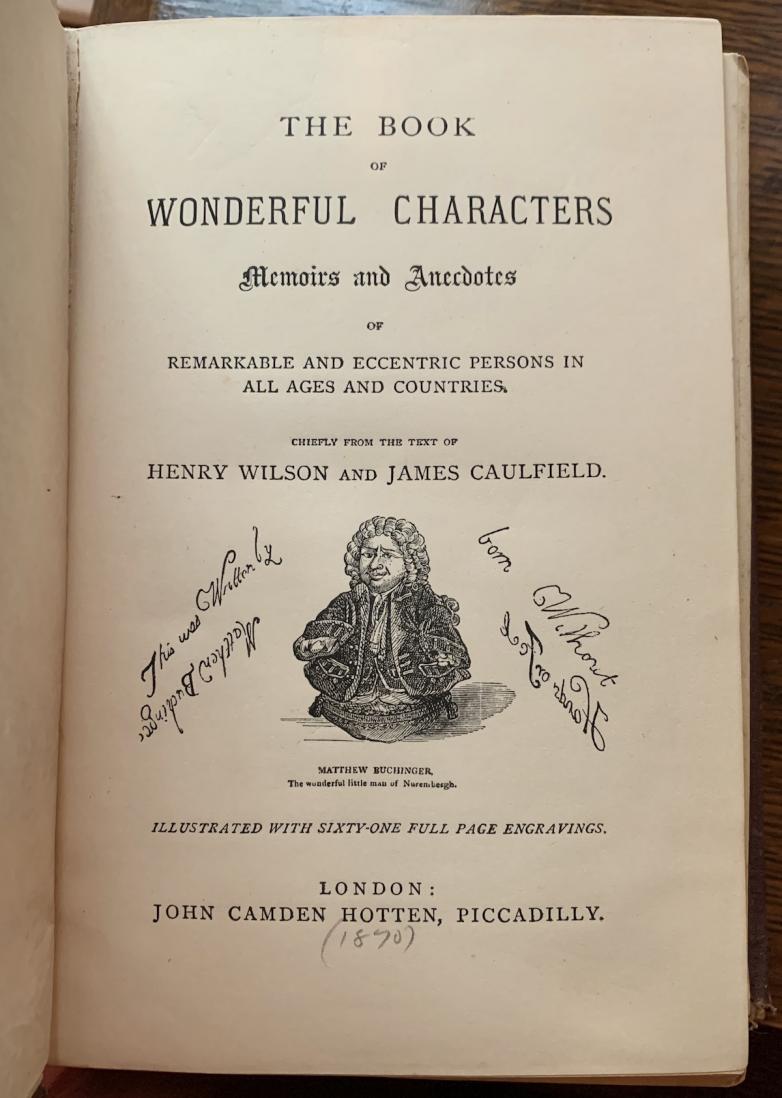 Hartzman's copy of The Book of Wonderful Characters (1870).

RRB: Favorite book in your collection?

MH: This is a tough question! I think I’d have to go with The Book of Wonderful Characters: Memoirs and Anecdotes of Remarkable and Eccentric Persons in All Ages and Countries by Henry Wilson and James Caulfield from 1870. It’s filled with stories of, well, wonderful and eccentric characters, and includes beautiful illustrations of many of them. You can flip to any page and read about an amazing but long-forgotten person.

RRB: What else do you collect? How does collecting inform your work as a writer and publisher?

MH: I’ve always been a collector. Over the past two decades, aside from books, I’ve mostly collected sideshow memorabilia and stereoview cards. The latter being my most recent passion. They’re like little time machines. Each card is a window into the past, as if you’re staring into a moment of someone’s life. Of particular interest are ghost stereoviews. I love the creativity the photographers put into them—no Photoshop back then. You see right through the ghosts. The effect is really extraordinary.

Collecting often informs what I write, because I collect what interests me and that, of course, is what I like to write about. So a lot of what I collect ends up being research material for me at some point. For example, I’m writing a book about ghosts right now. Having been collecting Spiritualism books for a while now, I knew at some point I’d be using them for my own book project.

The same goes for publishing. As I mentioned, the original How to Speak With the Dead is on my bookshelf. So is Spirit Slate Writing and Kindred Phenomena. So I can look at my collection and get inspiration for what I’d like to take on for a future Curious Publications project.