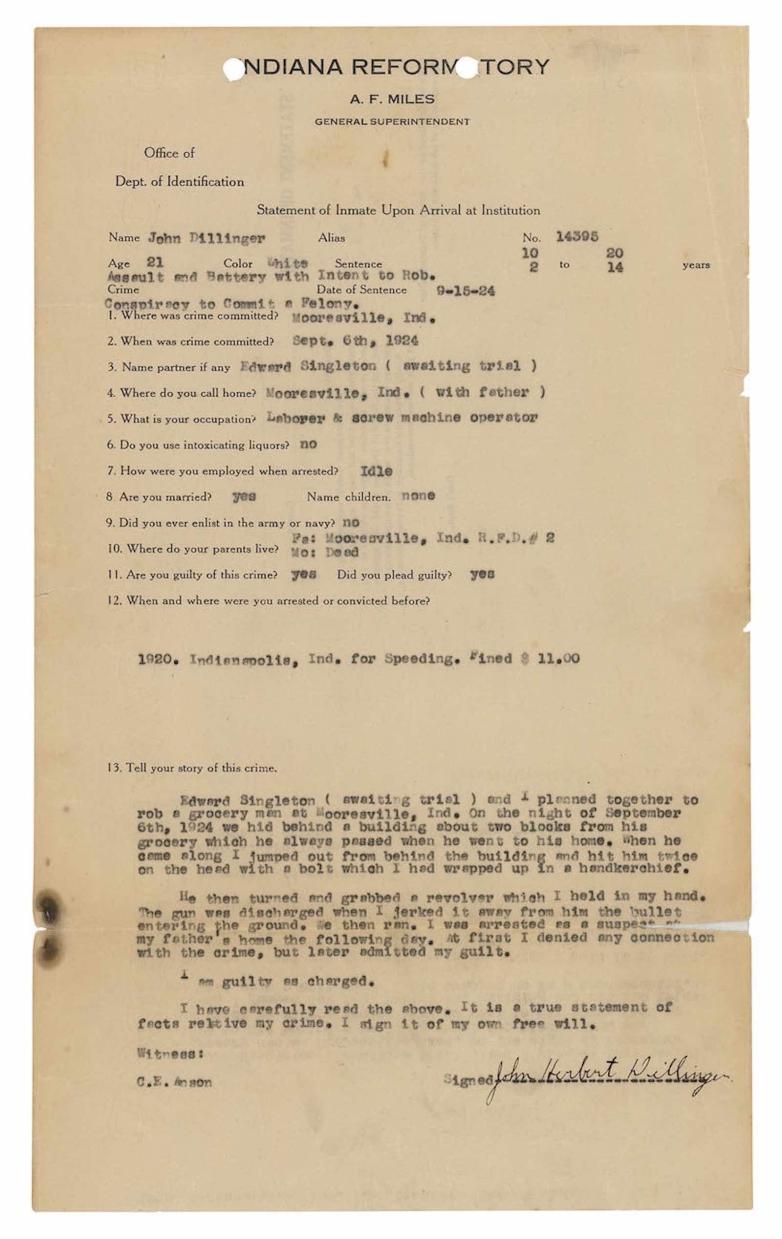 Dillinger was released in May 1933, after a petition bearing the signatures of almost 200 residents from his adopted hometown of Mooresville, Indiana—including that of his grocer victim—was presented to the governor. Dillinger quickly resumed a life of crime with his prison friends, whom he helped escape in a spectacular and well-planned breakout. He and the gang embarked on a bank robbing spree, conducting a dozen separate heists between June 21, 1933, and June 30, 1934—to the tune of well over $300,000.

In 1934, when J. Edgar Hoover named Dillinger' Public Enemy Number 1,' Indiana Governor Paul V. McNutt's secretary, Wayne Coy, observed: 'There does not seem to me to be any escape from the fact that the State of Indiana made John Dillinger the Public Enemy that he is today.