JFK's Sword Plus Washington and Einstein Autographs Under the Hammer 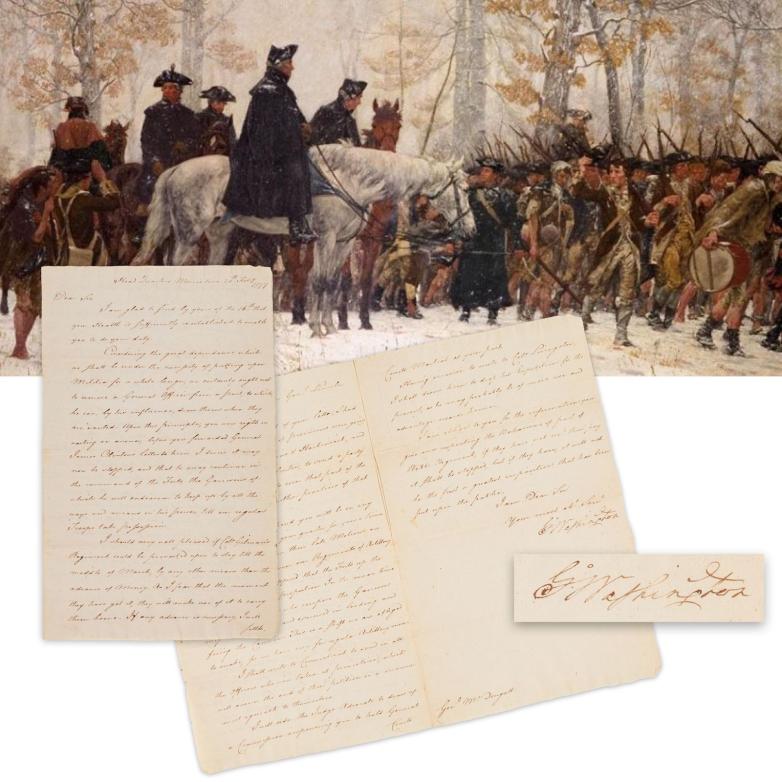 Wilton, CT -- A 1777 battle letter signed by then-Continental Army Commander-in-Chief George Washington in New Jersey, a sword that was affixed to JFK’s catafalque guarding his coffin in the East Room of the White House, and an autograph letter signed by Albert Einstein in which he dispels competition to his Theory of Relativity are a few of the expected star lots in University Archives’ online-only auction scheduled for Wednesday, November 2nd, at 11 am Eastern time.

The Rare Autographs, Manuscripts & Books auction features historical material from multiple collecting categories. All 452 lots are up for viewing and bidding now (on the University Archives website: www.UniversityArchives.com), plus LiveAuctioneers.com, Invaluable.com and Auctionzip.com. Phone and absentee bids will be taken, but there’s no live gallery bidding.

“We want everyone to know of our brand-new start time of 11 am Eastern time,” began John Reznikoff, the president and owner of University Archives.  He continued, “At over 450 lots, Rare Autographs, Manuscripts & Books presents an exciting opportunity to acquire superb historical documents, relics, photographs, artwork, and ephemera, all at attractive price points.” 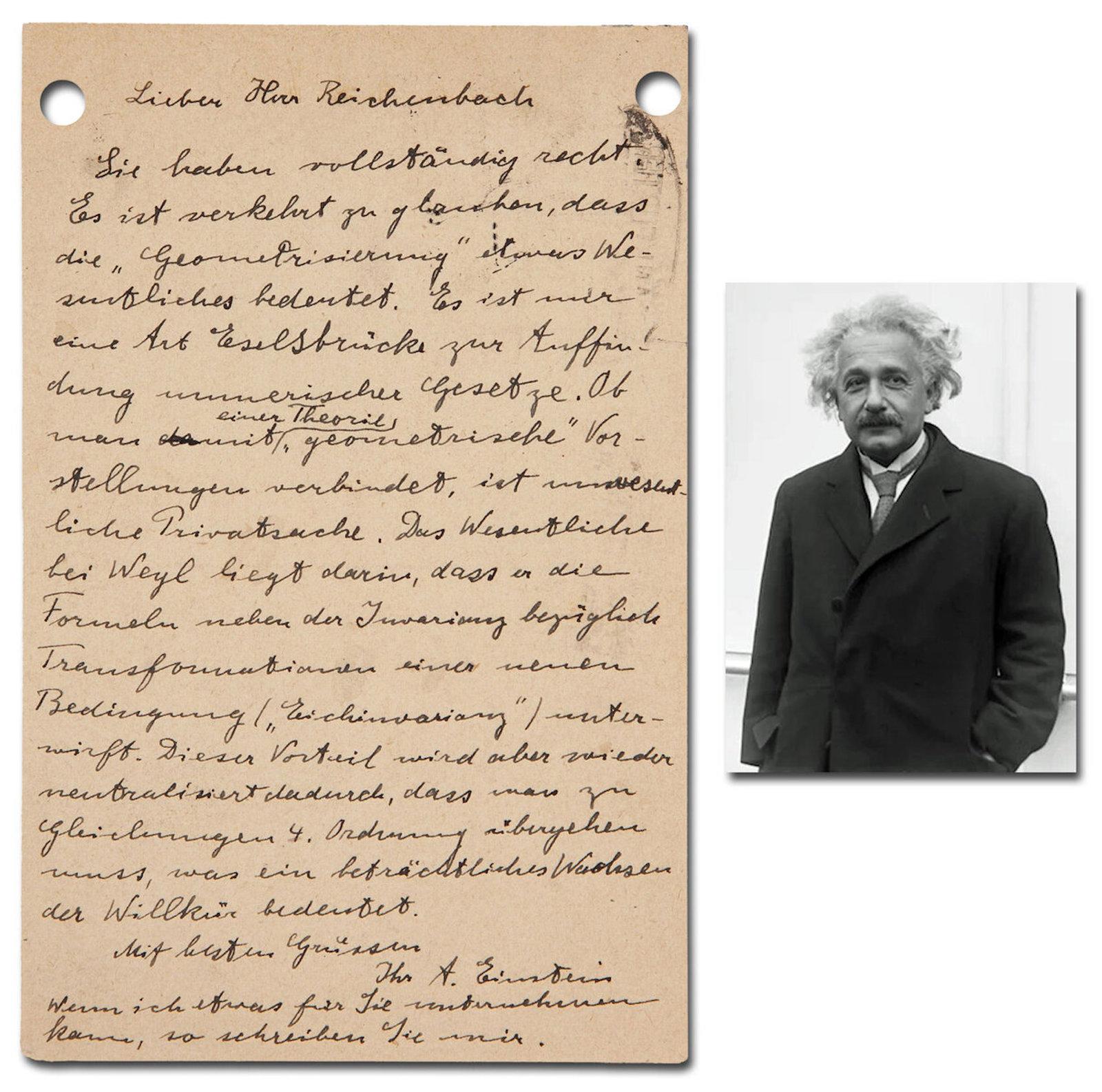 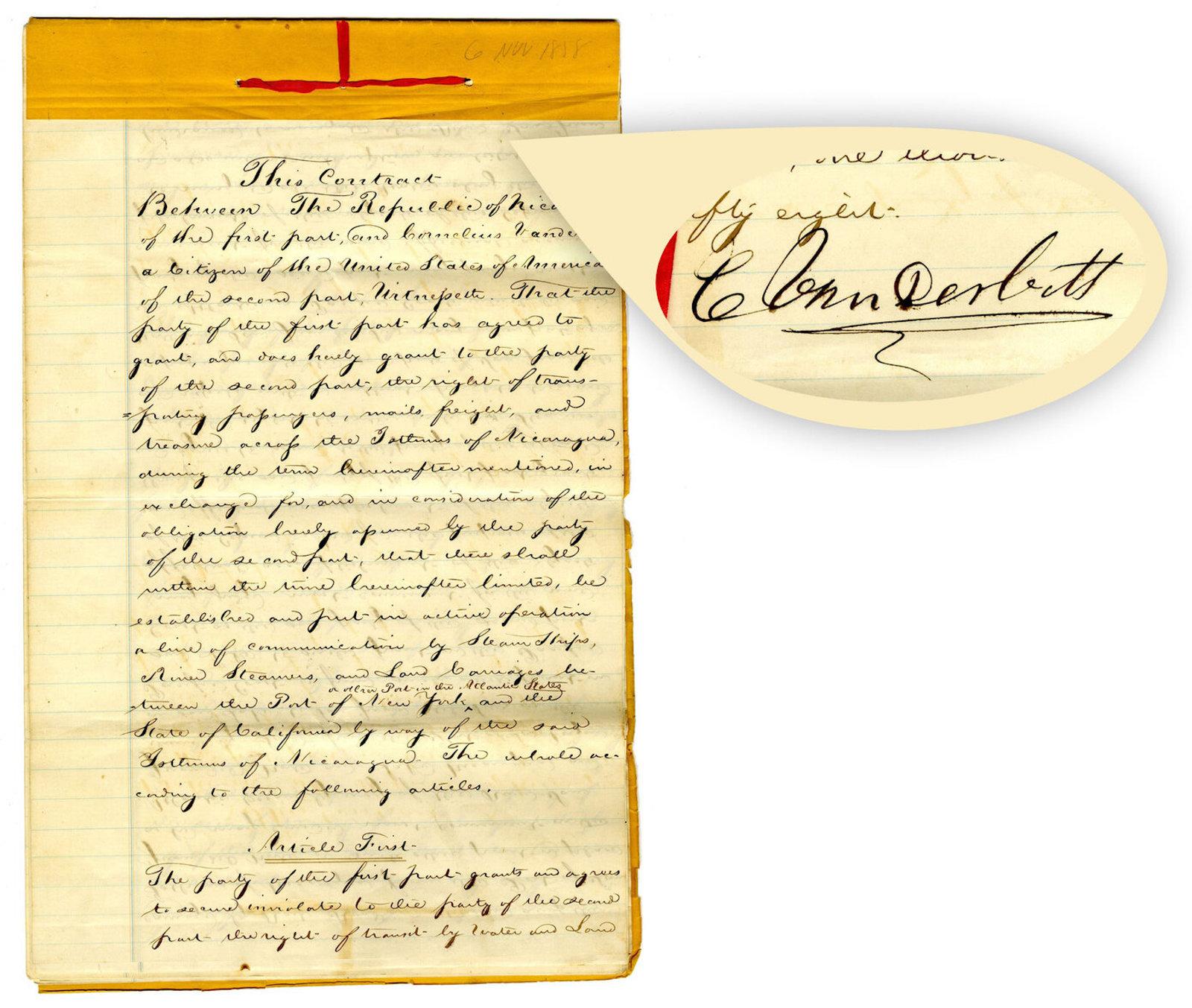 Handwritten contract agreement between the Republic of Nicaragua and American railroad and shipping magnate Cornelius Vanderbilt one year after the Filibuster War (est. $10,000-$12,000). 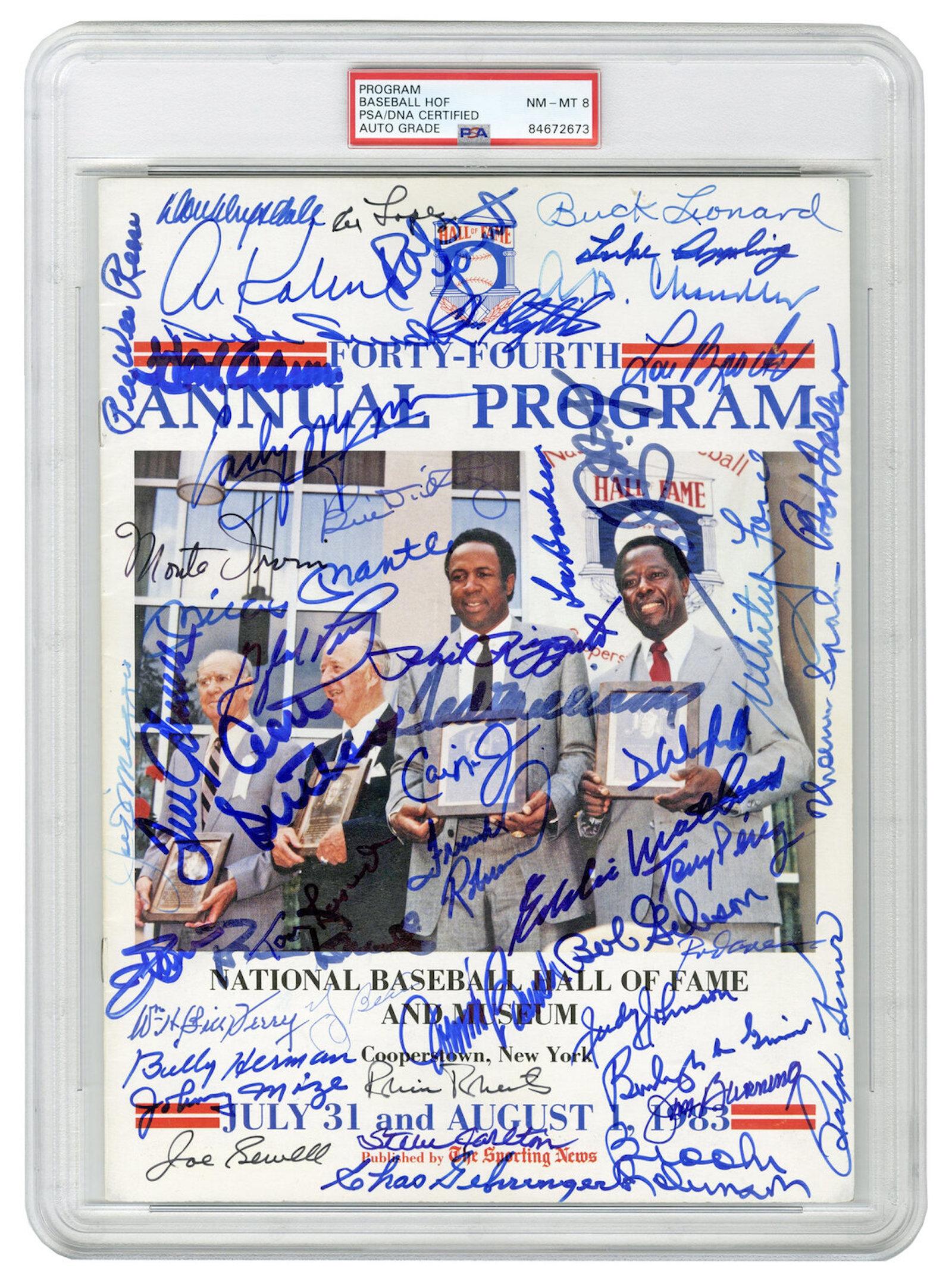 Program guide from the 44 th annual Baseball Hall of Fame induction ceremony in Cooperstown, New York in 1983, signed by over 50 present and future Hall of Famers including Mantle, DiMaggio, Aaron, etc. (est. $5,000-$6,000). 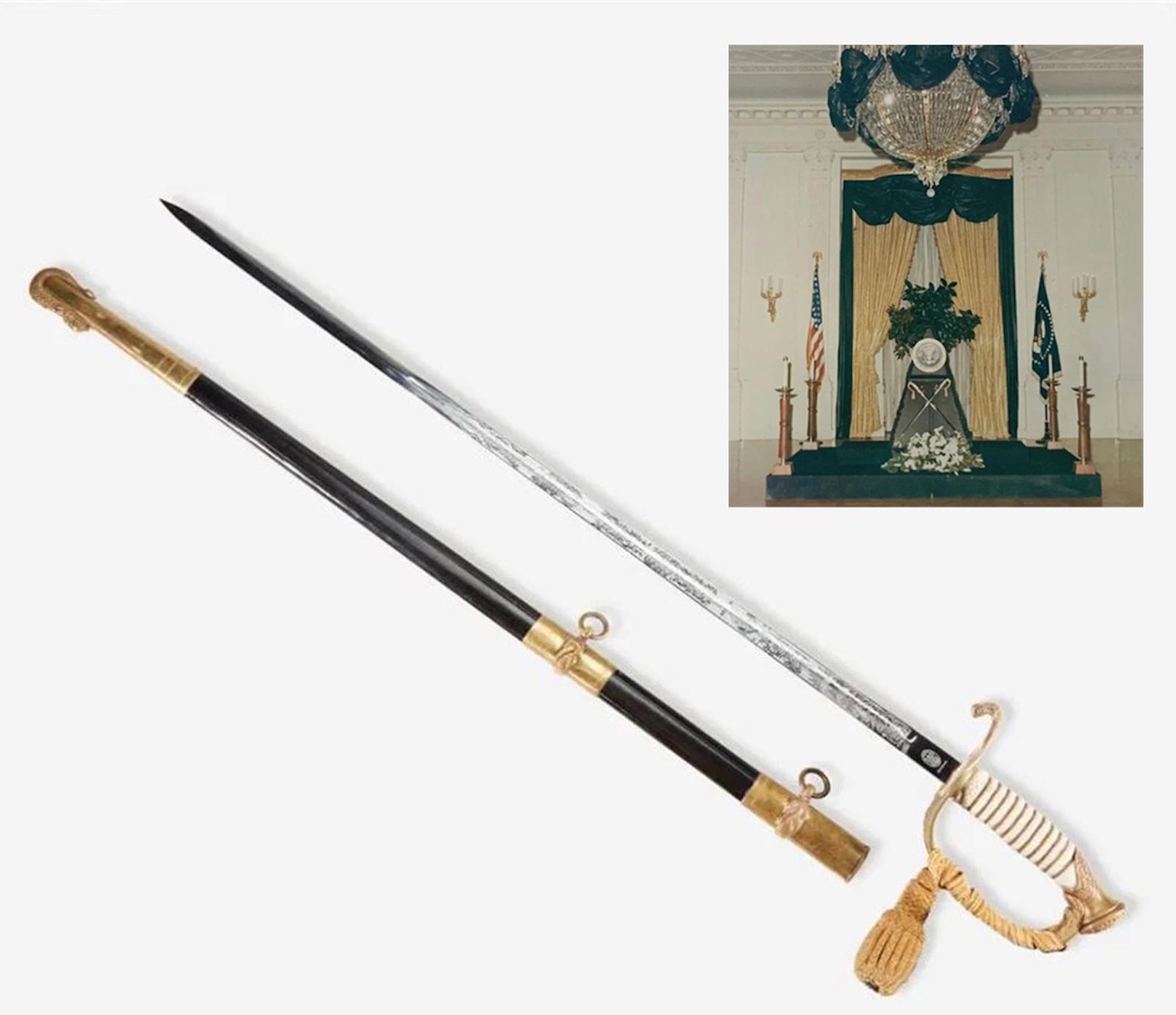 Hilborn-Hamberger, Inc. ceremonial sword mounted on JFK’s catafalque while it was displayed in the East Room of the White House in November and December 1963 (est. $28,000-$35,000). 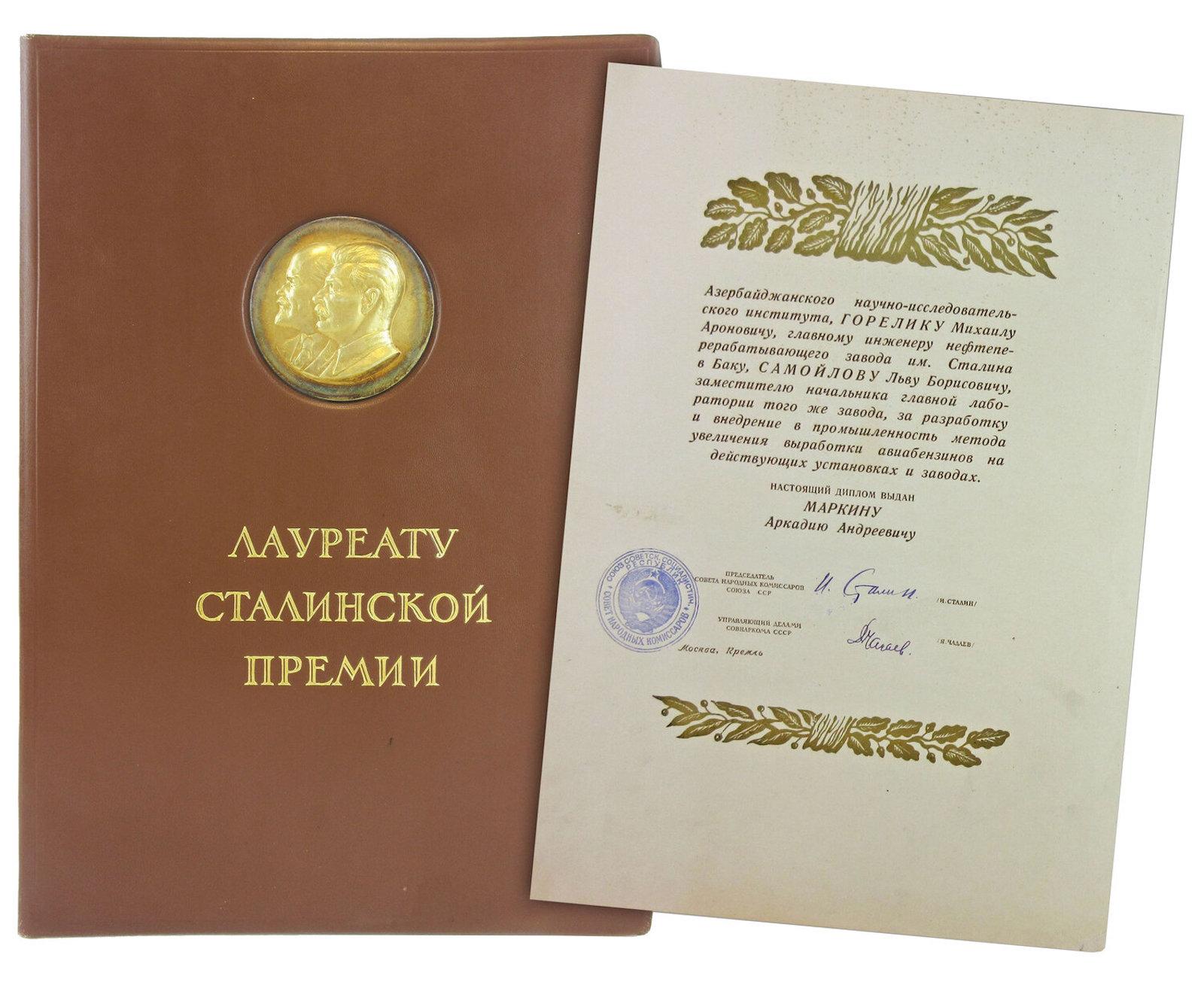 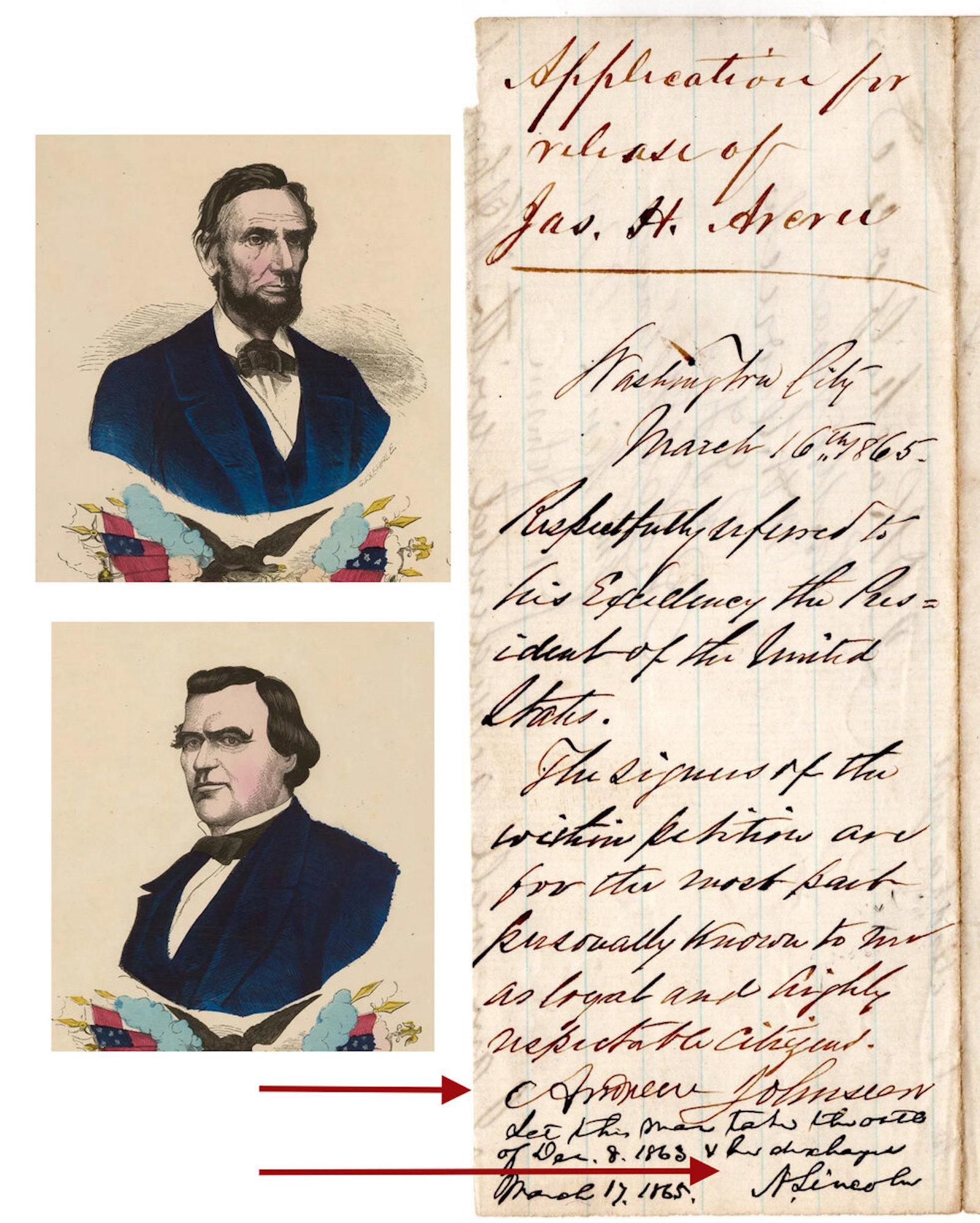 Civil War-dated amnesty petition signed by Abraham Lincoln and Andrew Johnson, rare because Johnson only served as VP for six weeks prior to Lincoln’s assassination (est. $14,000-$18,000). 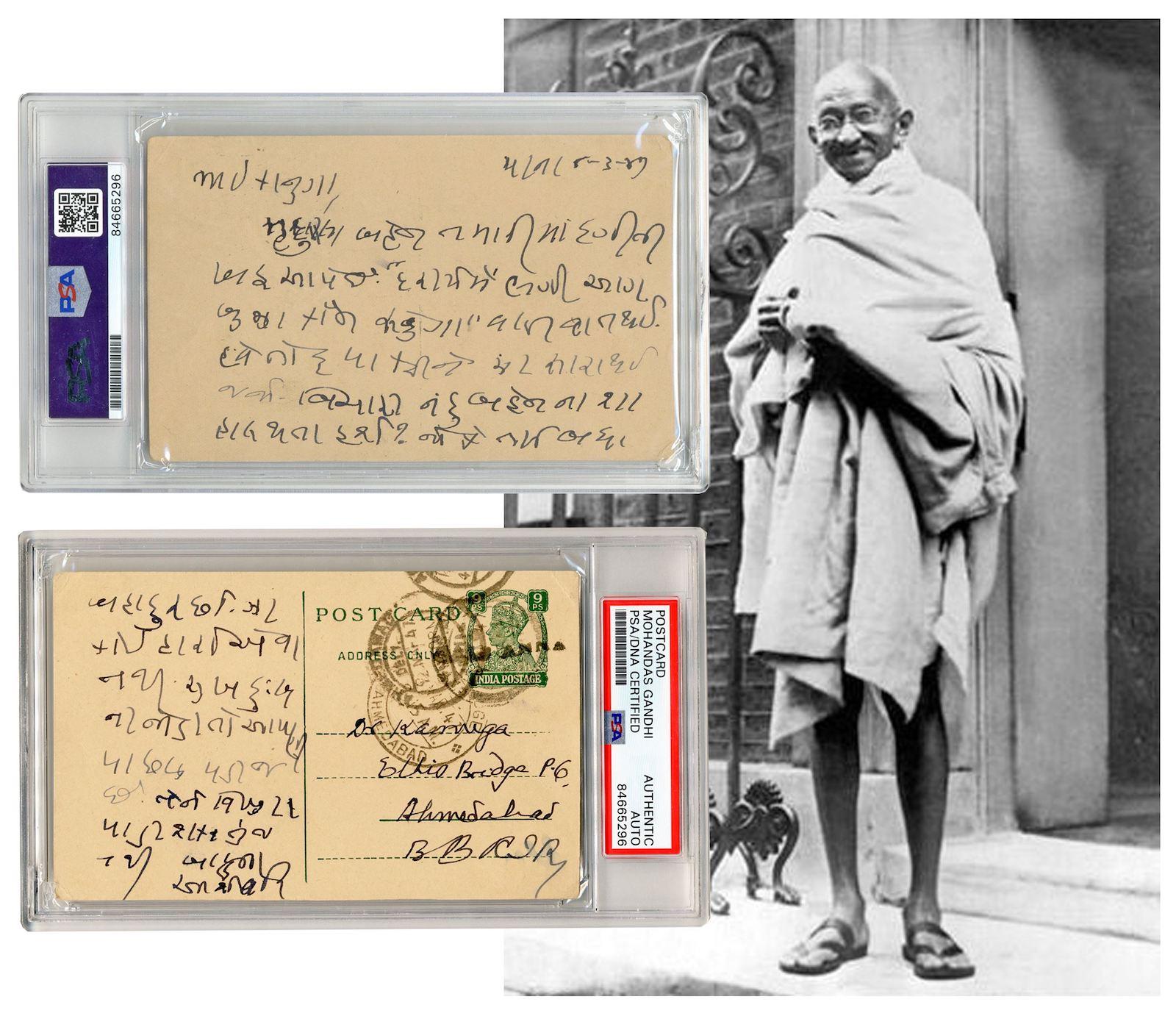 Reznikoff said 117 of the lots will be highly collectible slabbed items, either graded or certified by PSA/DNA or CAG. “U.S. Presidential/First Ladies, Science, International/World Leaders, and slabbed pieces are sure to dominate bidder interest,” he said. “Items from the Aviation/Space, Music, Art, and Early American collecting categories should also see lots of keen bidder action.”

George Washington’s boldly signed letter was written at Continental Army winter headquarters in Morristown, N.J., on Feb. 20, 1777. Washington had recently achieved victories at the battles of Princeton and Trenton, and he reported to Brigadier General Alexander McDougall that he did “not apprehend you will be in any danger of an Attack in your quarter for some time yet, as the Enemy from their late Motions are drawing this way.” The letter should bring $30,000-$40,000.

The Hilborn-Hamberger, Inc. ceremonial sword mounted on John F. Kennedy’s catafalque while it was displayed in the East Room of the White House in November and December 1963 carries an estimate of $28,000-$35,000. The sword, with its elaborately etched 31-inch blade, white shark skin and brass wire-wrapped grip, is a striking example of military craftsmanship and a poignant reminder of how Jackie Kennedy memorialized her slain husband.

Albert Einstein’s one-page autograph letter signed in German, dated April 7, 1926, addressed to colleague Hans Reichenbach, condemns scientific theories proposed as alternative explanations to his own Theory of Relativity (est. $20,000-$30,000). Einstein rejected physicist Hermann Weyl’s claims that electricity and geometry could prove just as much as Einstein’s studies on gravitation and geometry, writing, “It’s incorrect to assume that ‘Geometrization’ is something fundamental,” scornfully dismissing it as “a donkey’s bridge.”

A Civil War-dated petition featuring both signatures of Abraham Lincoln and Andrew Johnson in their roles as president and vice president (rare because Johnson only served as VP for six weeks prior to Lincoln’s assassination), is expected to sell for $14,000-$18,000. The petition, submitted by Unionist residents of Montgomery County, Tennessee, urged Lincoln to extend amnesty to a Confederate Tennessee infantry soldier – James H. Acree - then imprisoned at Fort Delaware.

A handwritten contract on a lined legal pad, with an agreement between the Republic of Nicaragua and the American railroad and shipping magnate Cornelius Vanderbilt for transportation across the Isthmus of Nicaragua, should realize $10,000-$12,000. The 21-page contract is dated Nov. 6, 1858 (one year after the Filibuster War) and written from New York. It’s signed "C. Vanderbilt” and was witnessed by his son-in-law, D.B. Allen.

A PSA/DNA certified autograph letter signed by Mahatma Gandhi (as “Bapu”), in which the Indian leader writes an encouraging message in Gujarati to his friend Dr. Balvantrai Kanuga on March 8, 1947, just five months before India gained its long-awaited swaraj, or self-rule, and just ten months before Gandhi was assassinated, has a pre-sale estimate of $8,500-$9,500. Gandhi writes, in part, "Always sorrow and happiness chase us in a pair. We cannot separate them."

A beautiful, elaborately hand-etched and embossed 18kt gold fountain pen belonging to William H. Seward, who served as U.S. Secretary of State from 1861-1869, should change hands for $5,000-$6,000. The pen, from circa the 1860s, was reportedly used during the Alaska Purchase (derided at the time as “Seward’s Folly”). It’s engraved on the barrel, “Hon. Wm. H. Seward”.

A program guide from the 44th annual Baseball Hall of Fame induction ceremony in Cooperstown, N.Y., dated July 31-Aug. 1, 1983, has been signed on the cover by over 50 present and future Hall of Famers, including Cal Ripken, Mickey Mantle, Hank Aaron, Ted Williams, Joe DiMaggio, Reggie Jackson, Rod Carew and others. It’s expected to garner $5,000-$6,000.

A promissory note endorsed with 14 words in the hand of John Hancock (1736/37-1793), which also features a brilliant example of Hancock’s signature, should reach $5,000-$6,000. Encapsulated and PSA/DNA certified, graded NM 7, the 1766 document relates to the Triangular Trade between England, Europe, and Canada.

A PSA/DNA certified Type I UPI press photo capturing a haunting image of Robert F. Kennedy, lying prone on the floor of the Ambassador Hotel, just moments after being fatally shot by Sirhan Sirhan on June 5, 1968, is expected to finish at $5,000-$6,000. RFK is photographed clutching rosary beads and his wife, Ethel, can be seen in the lower left of the photograph.

A “little black book” once belonging to the famed mobster Meyer Lansky, better known as “The Mob’s Accountant”, containing many clues about Lansky’s secrets and contacts, should find a new home for $4,000-$5,000. The circa 1970 book has gilt lettering on the front and has been filled in entirely by Meyer Lansky himself.