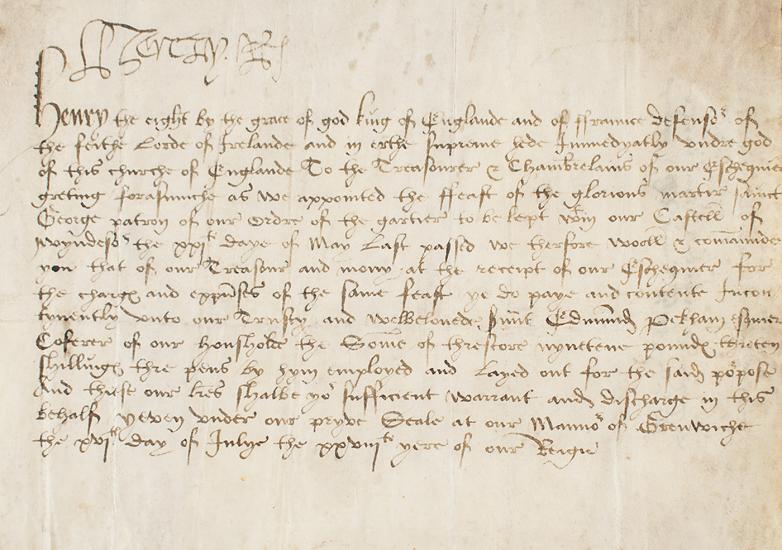 The one-page vellum manuscript signed "Henry R," is dated July 26, 1536. The document by which King Henry VIII orders the treasurer and chamberlain to pay Edmund Peckham, accountant of the Royal House, the sum of nineteen pounds and thirteen shillings to cover the expenses of the feast held on the occasion of the solemnity of St. George, patron saint of England.

St. George's Day was a major feast and national holiday in England on a par with Christmas from the early 15th century through the 17th century, but its popularity as a tradition waned by the end of the 18th century after the union of England and Scotland.

"King Henry VIII's autograph is rare and highly sought in any form," said Bobby Livingston, Executive VP at RR Auction, "and this is an especially significant document pertaining to St. George's Day."

Abraham Lincoln signed document as President rebuilding the North-South economy in 1865 sold for $41,321.

The Fine Autograph and Artifacts auction began on July 20 and concluded on August 10. For more information, go to www.rrauction.com.