The Graphic Designer Who Transformed Children’s Books about Science 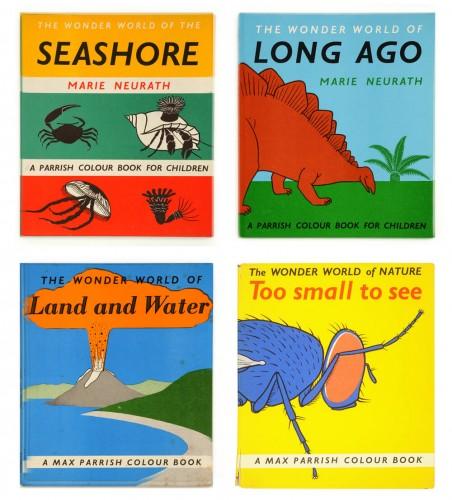 Modern British graphic design owes a significant debt to the work of German-born Marie Neurath, an excellent display of which finishes early next month at the House of Illustration in London.

Marie Neurath: Picturing Science showcases the work she did from the 1940s to the 1970s working initially with her husband Otto on what they called Isotypes (‘international system of typographic picture education’). These were a mixture of infographics and diagrams, mainly about science subjects, which were used in more than 80 schoolbooks throughout the UK, although they were also popular in translation in Italian, Japanese, and French. Neurath described her work as a ‘transformer,’ refashioning information into pictorial form, rather than a graphic artist.

She also worked in a strongly collaborative way with writers and researchers as the exhibition explains in five sections from first concepts, through various stages of the design process, through to final spreads and the colorful book covers themselves, concentrating on her books about physics, engineering, and technology.

The work on display comes from Neurath’s collection which she donated to the University of Reading and is also part of the year-long Insiders/Outsiders arts festival celebrating refugees from Nazi Europe and their contribution to British culture. The exhibition runs until November 3.

Also running at the moment at the House of Illustration is Designed in Cuba: Cold War Graphics, an exhibition of 100 original Cuban propaganda posters and 70 magazines produced by the designers at OSPAAAL (Organisation of Solidarity of the People of Asia, Africa and Latin America). The bold and colorful works in the exhibition cover the period 1965 to 1992 and feature the work of more than 30 designers, many of whom were women. Designed in Cuba runs until January 19, 2020. One ticket includes admission to both exhibitions (and indeed to all others open on the day).