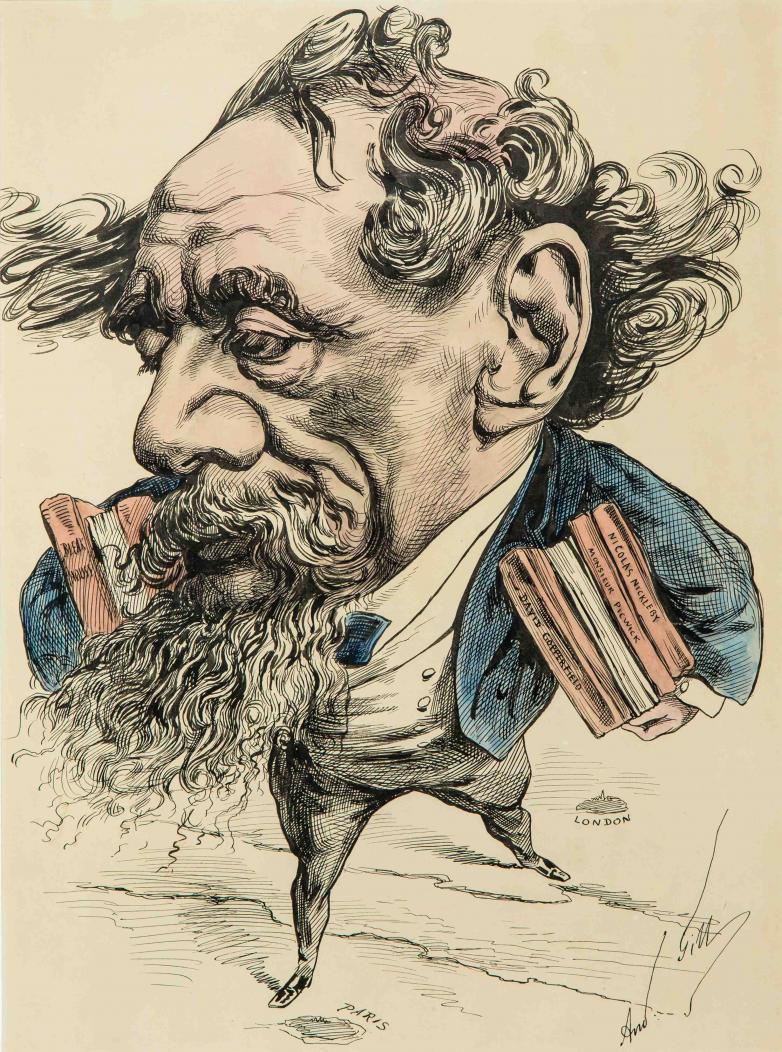 Caricature of Charles Dickens crossing the English Channel with his books by André Gill, published in L'Eclipse newspaper, June 14, 1868.

Charles Dickens was one of the first global literary superstars who finessed his personal brand with a careful eye on an international reading public – indeed, a tenth of the books in his private library are related to travel. The fascinating Global Dickens: For Every Nation Upon Earth, now running at the Dickens Museum in London, showcases this obsession and the reach of his works with books, printed ephemera, and other intriguing objects dispersed throughout virtually all the rooms and floors of Dickens’ former home. 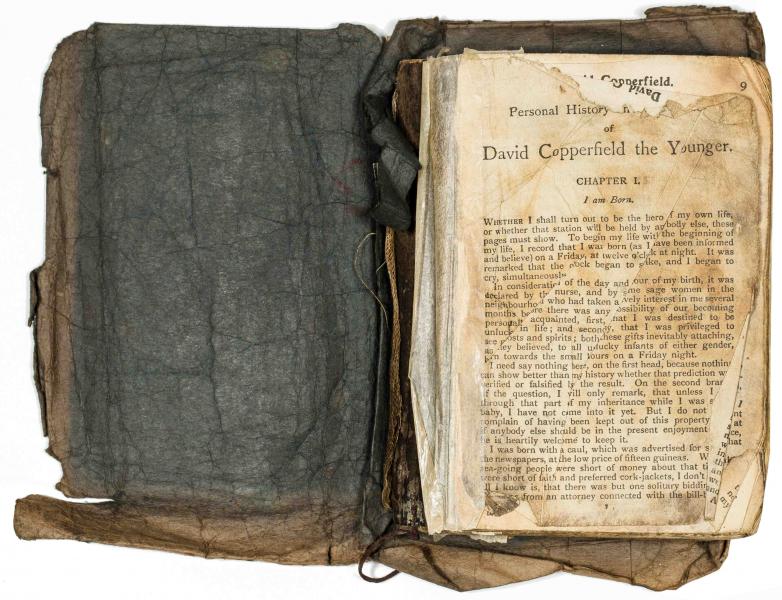 Star of the show is a 1910 edition of David Copperfield which was part of the impressively stocked library taken by Captain Robert Falcon Scott and his men on the Terra Nova expedition to Antarctica in 1912. Several of the men, trapped in an ice cave for more than half a year, read a chapter of it aloud each night for two months. Among them was geologist Raymond Priestley who said that when they had finished the book, they were “very sorry to part with him.” Considering all that it’s been through, and some blubber-stains apart, this small volume is in remarkably decent condition.

Also on display are Dickens' personal copies of Robinson Crusoe, one of his favorite reads, Arctic Explorations (1868) by Elisha Kent Kane, and a personalized version of parts of A Tale of Two Cities which he annotated specifically for use on his reading tours. In addition, there is an 1842 presentation copy of his American Notes, a critique of the country’s manners and society. 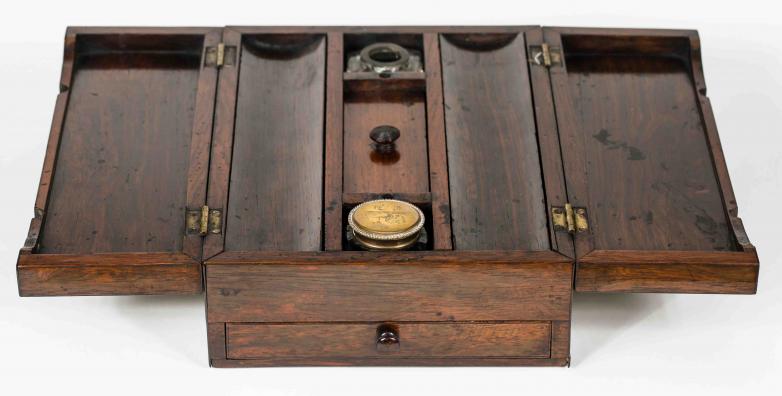 Elsewhere, the exhibition features the c. 1860 portable rosewood writing desk used by Dickens on his travels (for letters rather than novel writing), the writer’s leather traveling bag, playbills from international theater productions of his work, and several tickets for his American reading tours which were sold for up to three times their cover price by touts.

In his 1850 work, Household Words, Dickens wrote that he intended his work to speak to “every nation upon Earth.” As Frankie Kubicki, curator at the Charles Dickens Museum, puts it: “His sights were set on the world. Dickens was as much a travel writer and journalist as he was a writer of fiction, and the subjects and social issues that preoccupied him were universal.”