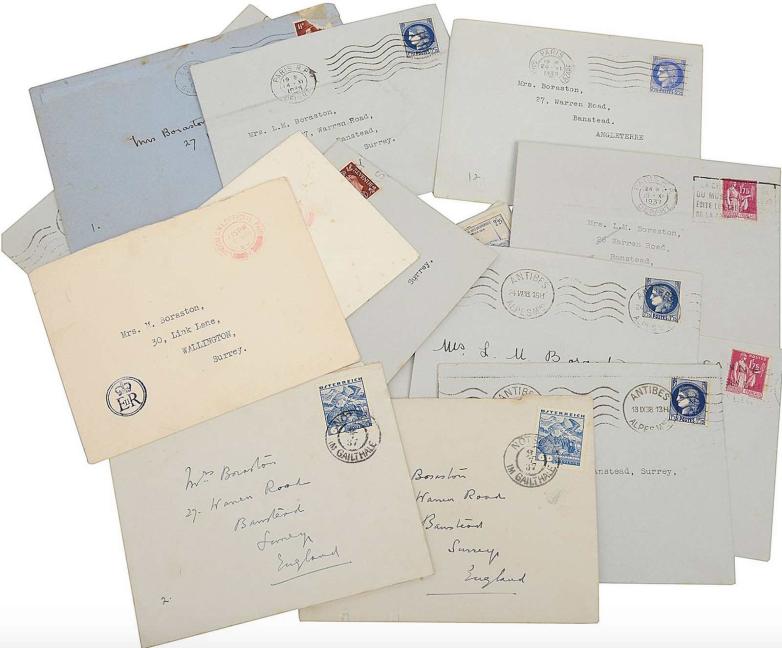 More than a dozen letters written in the 1930s on behalf of the Duke of Windsor after his abdication will come to auction in Catherine Southon Auctioneers & Valuers’ Sale of Antiques and Collectables on February 8.

Edward VIII triggered a constitutional crisis in the UK when he abdicated the throne in 1936 in order to marry American divorcee Wallis Simpson. The 14 letters were written by the Private Secretary of Edward VIII (who signs himself G Bedford) all with envelopes addressed to Mrs Lillian Boraston in Surrey who was a supporter of the Duke, between June 1937 and Christmas 1939.

One letter in particular, dated September 7, 1937, is of special interest as it contains the following comments:

“His Royal Highness thanks you for the poem and your kind wishes, but asks me at the same time to assure you that the information that His Royal Highness is homesick is entirely without foundation. His Royal Highness wishes me to add that quite apart from rumours in the press, it is not very likely that he would be missing the country which in every possible way, tried to humiliate and misrepresent both himself and the Duchess of Windsor.”

The letters have been in the possession of Mrs Boraston’s family and are being sold by a granddaughter who says the letters offer an insight into the Duke’s life following the abdication scandal in the 1930s which brought the then royal ‘spare’, George VI, to the throne. The estimate is £300-500 ($366-$611).

The letters come with nine scrap albums of newspaper cuttings relating to the Duke of Windsor from the period and two from The Lady in Waiting to Princess Margaret from 1960.