The “Draughtsman-Writer” Goes on Exhibit 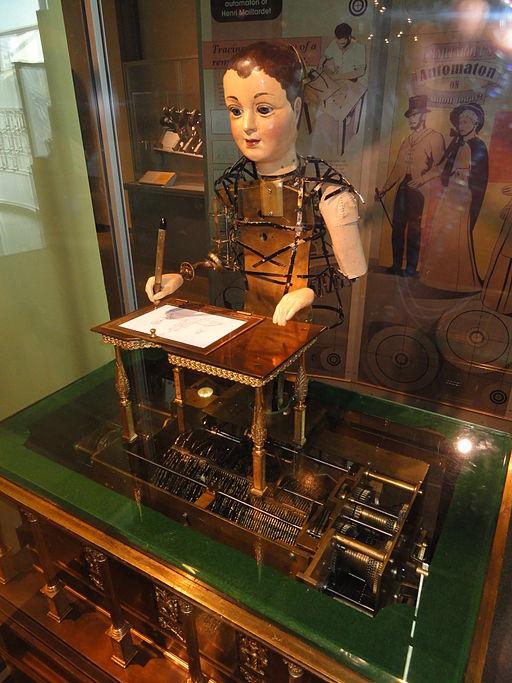 Yesterday, the Metropolitan Museum of Art opened a new exhibition called Making Marvels: Science and Splendor at the Courts of Europe. Featuring 170 “exquisite and entertaining” objects, including clocks, scientific instruments, sculpture, and more, the exhibition highlights how art, science, and technology fit into court life, often in the form of displays and amusements. One of the highlights, a late eighteenth-century writing automaton called “The Draughtsman-Writer,” perfectly illustrates this idea.

What is the Draughtsman-Writer? It’s a lifelike automaton made of brass, steel, wood, and fabric, built by Henri Maillardet, a Swiss man living in London, c. 1800. When set in motion, it quite elegantly writes poems and draws elaborate pictures using its “mechanical memory.” According to the Met, “The advanced mechanism of this piece, which stored more information than any machines that came before it, was the forerunner of the computer, the most common technology used today.”

The Draughtsman-Writer inspired Brian Selznick’s 2007 novel, The Invention of Hugo Cabret, which in turn formed the basis of Martin Scorsese’s 2011 film, Hugo. It is currently part of the collections at the Franklin Institute in Philadelphia, on loan to the Met for this exhibition, which runs through March 1, 2020.

Take a look at how it works here: