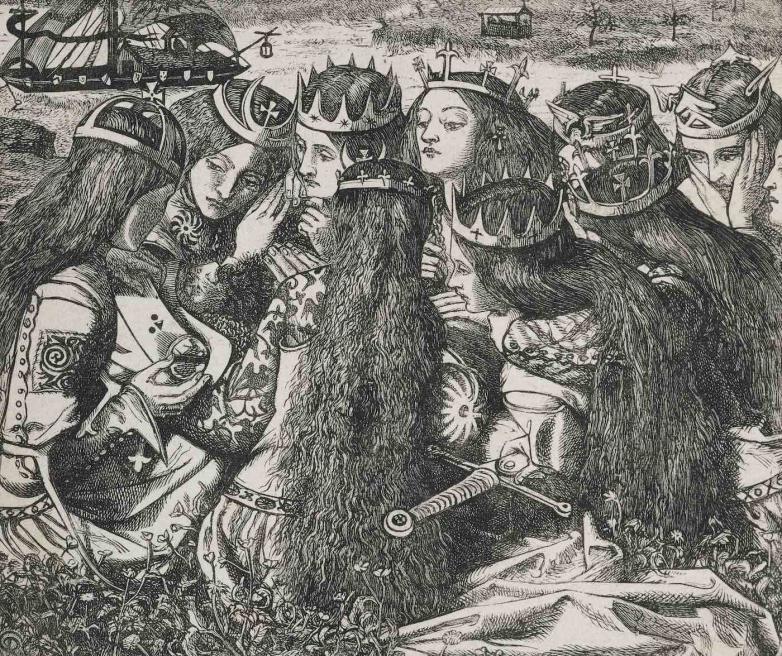 Wood engravings by one of Victorian England’s finest business partnerships, which illustrated some of the nineteenth-century’s best known works of literature, are on show at the British Museum.

The Woodpecking Factory: Victorian Illustrations by the Brothers Dalziel focuses on the eponymous company established by siblings George, Edward, John, Thomas, and Margaret. It showcases more than fifty examples of their work taken from the company’s archive of 54,000 proof wood engravings made on boxwood held by the museum. These were produced for books, manuals, ads, and magazines. The title of the exhibition comes from the name given to wood engravers who were known as ‘woodpeckers’ or simply ‘peckers.’

Established in 1839, the firm engraved illustrations after the designs of artists such as John Tenniel, Frederic Leighton, John Everett Millais, and Dante Gabriel Rossetti. They were published in iconic books by writers such as Lewis Carroll (including all the illustrations to the Alice books), Charles Dickens, and Edward Moxon’s 1857 edition of Tennyson’s Poems. Dalziel was the leading wood-engraving company in Britain at a time when the process was the main technology for mass-producing printed images alongside text, and operated until 1893 when new photomechanical techniques became widespread. 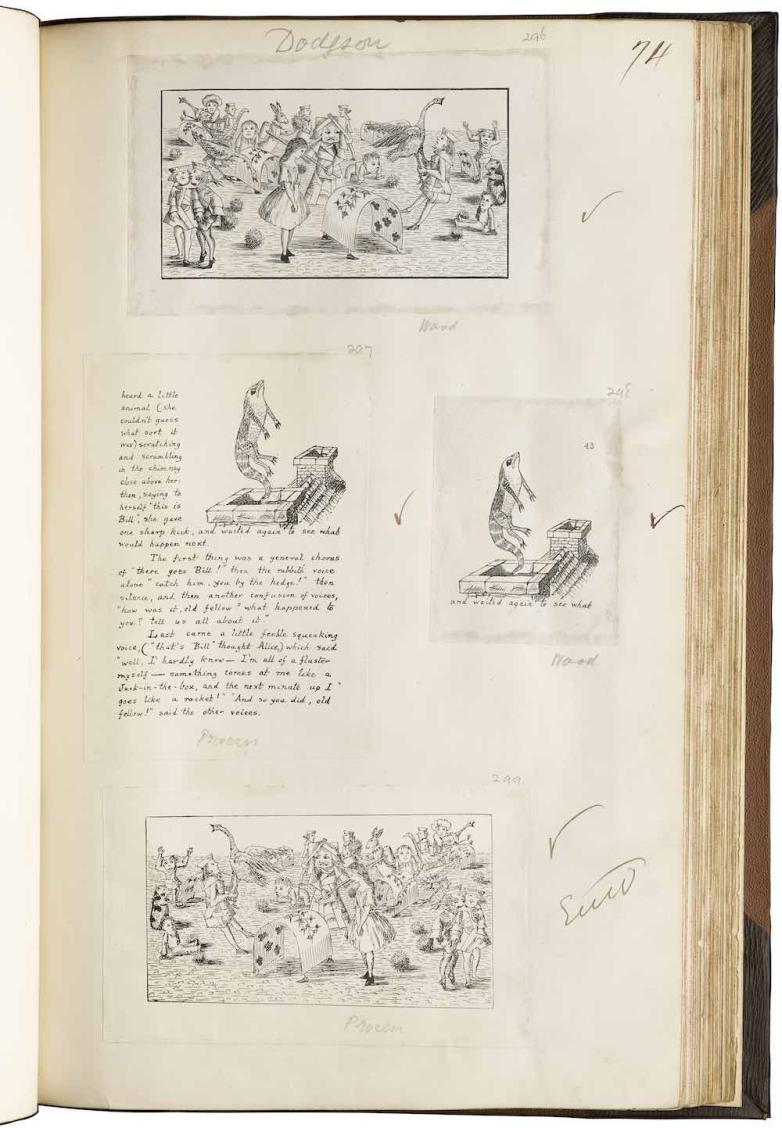 As well as exploring how Dalziel interpreted literary texts, Christmas gift books, and the Art Union catalogue for the Great Exhibition of 1851, the exhibition also has sections on how wood engravings were made, displays of specialist tools, and preliminary drawings by designers including Frederick Sandys and George J Pinwell. On show for the first time too are experimental engravers’ proofs commissioned by Lewis Carroll to compare wood and photomechanical print processes in preparation for his 1886 facsimile of Alice’s Adventures Under Ground.

The exhibition’s curator is Bethan Stevens, senior lecturer in English and creative & critical writing at the University of Sussex, and author of a monograph published earlier this summer, The Wood Engravers’ Self-Portrait: The Dalziel Archive and Victorian illustration. She also runs the Dalziel Project, which she established in 2015 to photograph and catalogue the entire Dalziel archive. Stevens has, in addition, set up the excellent Woodpeckings website. This contains more information on their work as well as a special online exhibition about their illustrations for Alice books between 1865 and 1871. The project has successfully identified the three dozen engravers at the company who all signed their work ‘Dalziel,’ thus making it extremely hard to name the hands behind individual images.

The Woodpecking Factory runs at the British Museum until September 4, 2022.