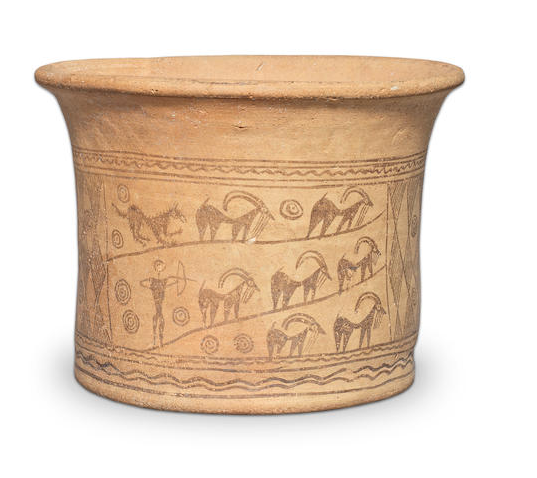 Persian pottery jar dated circa late 3rd to late 2nd century BC, from the collection of Desmond Morris.

Many people will recognize Desmond Morris as the author of The Naked Ape (1967). As a zoologist and the curator of mammals at the London Zoo, Morris popularized evolution for a mid-century audience. Still contentious at the time, his book became one of eleven titles named in a 1982 U.S. Supreme Court case related to book banning and First Amendment rights, alongside Kurt Vonnegut’s Slaughterhouse-Five and Richard Wright’s Black Boy.

Morris, 91, is also an artist and a collector of antiquities and books. On July 3, Bonhams in London will auction his collection of ancient art, to be followed, we imagine, by his “fabled library of 11,000 books,” as Lucinda Bredin, the editor of Bonhams Magazine, described it. (Stay tuned.)

Until then, let’s have a look at some of his animal-themed antiquities. The one pictured above is a large Persian pottery jar dated circa late 3rd to late 2nd century BC, and shows a hunter with a bow and arrow holding a curly-tailed dog which, in turn, is herding goats on a mountainside. It is, according to Bonhams, one of the first known depictions of a dog on a lead. The estimate is £20,000-30,000 ($25,000-38,000). 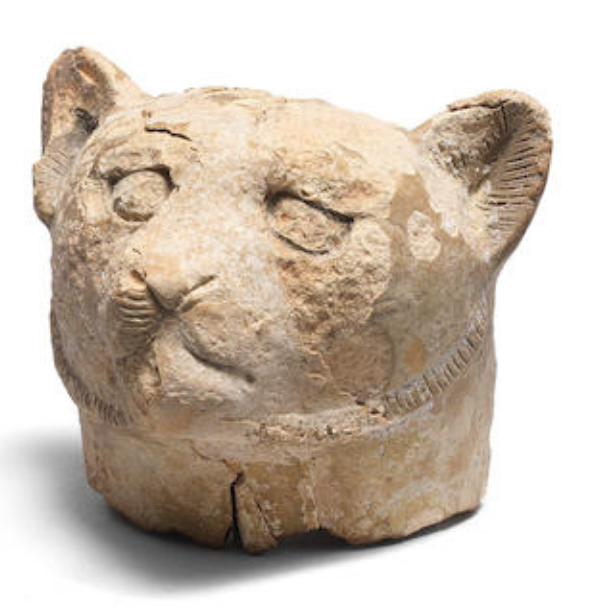