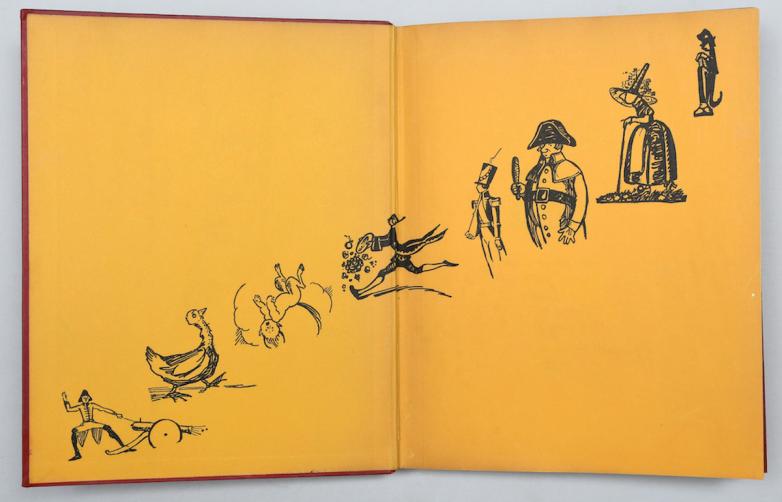 The items, many of which have been in a private collection for the last 40 years, are featured in a new catalogue Children’s Books and Original Illustrations from rare book dealer Peter Harrington. These artworks and sketches are what catalogue curator Philip Errington, senior specialist at Peter Harrington, describes as “a collectible category in the ascendant.” According to Errington, interest in this area is particularly strong at the moment thanks to the V&A Museum’s recent Beatrix Potter and Alice in Wonderland exhibitions, as well as the film The Electrical Life of Louis Wain (original artwork for one of cat artist Wain’s famous postcards is included in the catalogue). 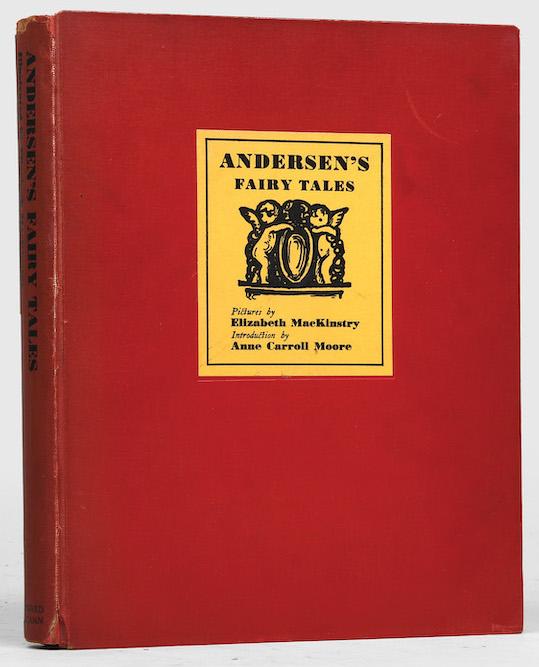 As well as familiar artists such as Beatrix Potter, Arthur Rackham, E. H. Shepard, and Kay Nielsen, there are quirkier examples such as Dorrien Ruth Knight’s Binks Book, a dreamlike volume with Art Deco illustrations, and Warja Lavater’s unusual version of Sleeping Beauty published in accordion format. Also included is original artwork by Faith Jacques for the paperback edition of Charlie and the Chocolate Factory by Roald Dahl and letters to the children dedicatees of The Magician’s Nephew by C.S. Lewis.

“The catalogue features many of the big names, but Helen Allingham, once described by Thomas Hardy as ‘the best illustrator I ever had’, Warwick Goble, Elizabeth MacKinstry, and Rex Whistler are some of the other lesser-known artists represented,” says Errington, bibliographer of John Masefield and JK Rowling and who is now working on a bibliography of Dahl. “Trends in the market include continued attention to the big names. The works of certain illustrators such as Beatrix Potter are inherently rare and the challenge is that there is a finite number of original artworks by big name artists that come onto the market. Works by famous illustrators of course tend to have been acquired by trusts and museum collections over the years, so you are chasing an ever-decreasing number of pieces. For example, most of Jacques’ artwork is held by The National Centre for Children's Books in Gateshead. The most obvious advice for new collectors is to choose illustrations that will continue to give pleasure. I have an original Quentin Blake of a boy on a raft serenely floating down a river. It gives me joy every morning I see it!”

But what of the future of collecting book art in an increasingly online world?

“NFTs in the art world are a very new thing,” says Errington. “I see them as an extension of the contemporary market and not closely connected, at this stage, with the world of classic book illustration. But they do help demonstrate that it’s all a developing, emerging and exciting field. Will they become more important as more book illustrations tend to start their lives as digital creations rather than drawings or paintings? I guess time will tell!”

Several of the illustrations will be on display at Peter Harrington Gallery, Fulham Road, through July 9 and Masterpiece London at the Royal Chelsea Hospital through July 6.