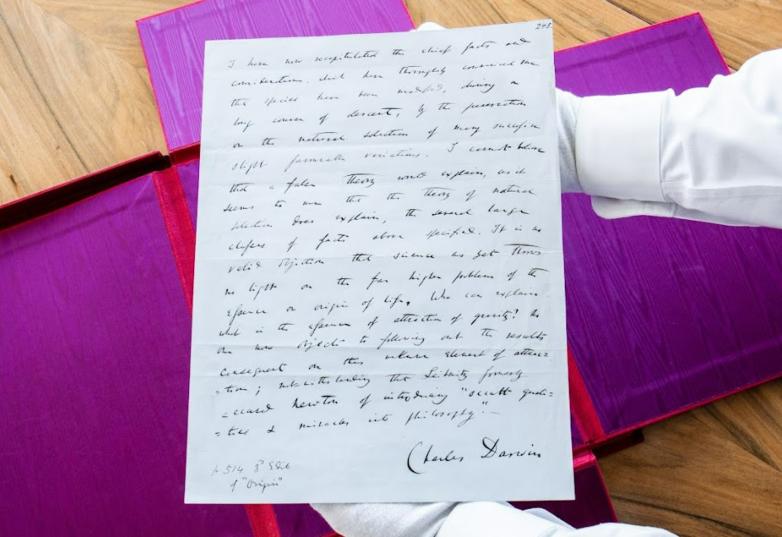 A Charles Darwin manuscript in which he defended his theory of evolution has sold for a record price of $882,000 (£719,000) at Sotheby's Age of Wonder sale to an anonymous buyer.

The signed manuscript, produced by Darwin in 1865 for the periodical The Autographic Mirror which was running a piece on handwriting and signatures of famous people, is twice the highest previously paid price for Darwin material. Autograph manuscripts by Charles Darwin are rare since he discarded many of his papers.

The passage Darwin submitted was:

"I have now recapitulated the chief facts and considerations, which have thoroughly convinced me that species have been modified, during a long course of descent, by the preservation or the natural selection of many successive slight favourable variations. I cannot believe that a false theory would explain, as it seems to me that the theory of natural selection does explain, the several large classes of facts above specified. It is no valid objection that science as yet throws no light on the far higher problem of the essence or origin of life. Who can explain what is the essence of attraction of gravity? No one now objects to following out the results consequent on this unknown element of attraction; notwithstanding that Leibnitz formerly accused Newton of introducing "occult qualities & miracles into philosophy". - Charles Darwin."