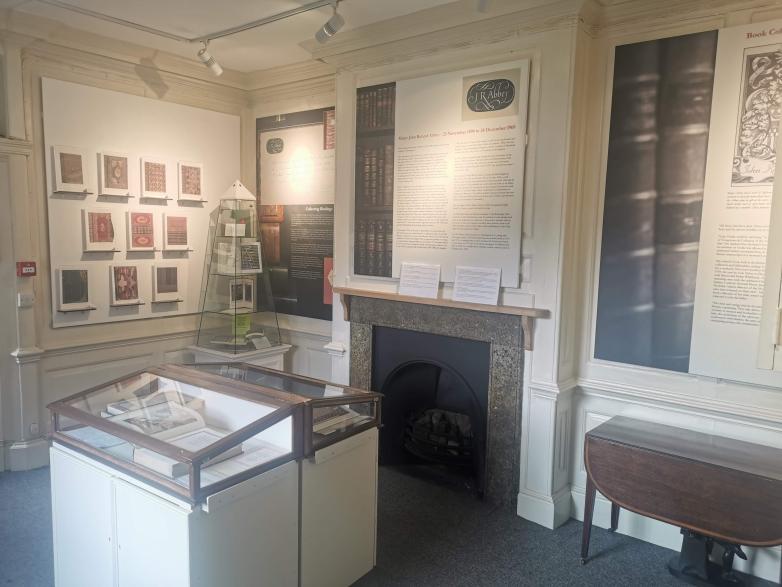 One of the leading twentieth-century British book collectors, Major John Abbey (1894-1969), is celebrated in an exhibition at Horsham Museum, West Sussex, England, which looks at his collecting life. (And yes, it is still currently open to visitors.)

Dyslexic and a poor writer, Abbey was interested in the book as physical object, its craftsmanship and provenance rather than its actual subject matter. During his life as a wealthy brewer and landowner, he built up a substantial collection at his home in Storrington, near Horsham, much to the displeasure of his wife Lady Ursula Cairns who saw their home disappear beneath a mountain of books. Abbey was particularly interested in private press books and among his collection was a copy of the Kelmscott Chaucer, bound by the Doves bindery. 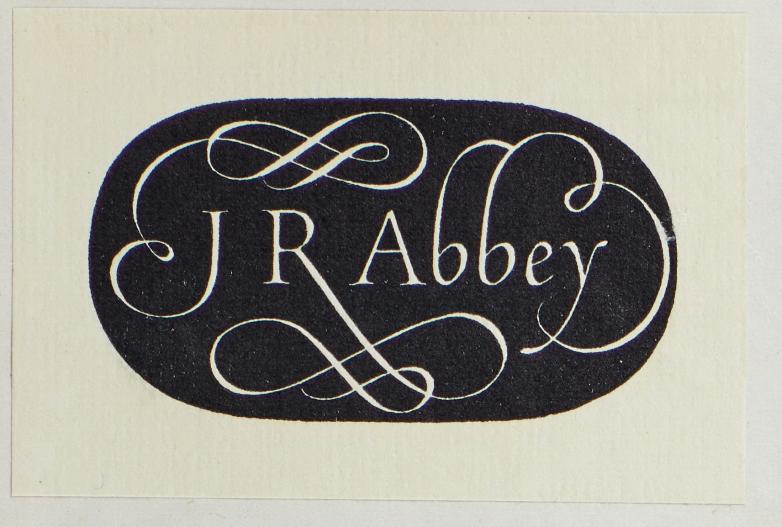 Highlights of his collection included his many color plate books (which he sold to philanthropist Paul Mellon and are now in the Yale Center for British Art) and book bindings, many of which he personally commissioned. This exhibition features pictures of many of these that are now held at arguably Britain’s most impressive private library, Sir Paul Getty’s Wormsley Library in Buckinghamshire, as well as a beautiful bound copy of a history of Sussex bought by Abbey in 1941. Also on display are books owned by Abbey that feature his calligraphic book label. Abbey had various different sizes and colors of bookplate and kept many books in colorful tailor-made boxes, often by Winstanley of Salisbury.

“Book collectors are important people in guardians of culture, less celebrated than art collectors today, but their role in looking after the heritage of the written word is as important,” said Jeremy Knight, the museum & heritage officer who curated the exhibition. “With very limited funds we are building a collection of books on his celebrated collection, so for less than £300 we bought books owned by him, books with his different bookplates, booksellers’ catalogues he owned and sale catalogues of his library. We have used it to create an understanding of a collector, his passion and used it as a basis of an exhibition that illustrates his life to the visitor.”