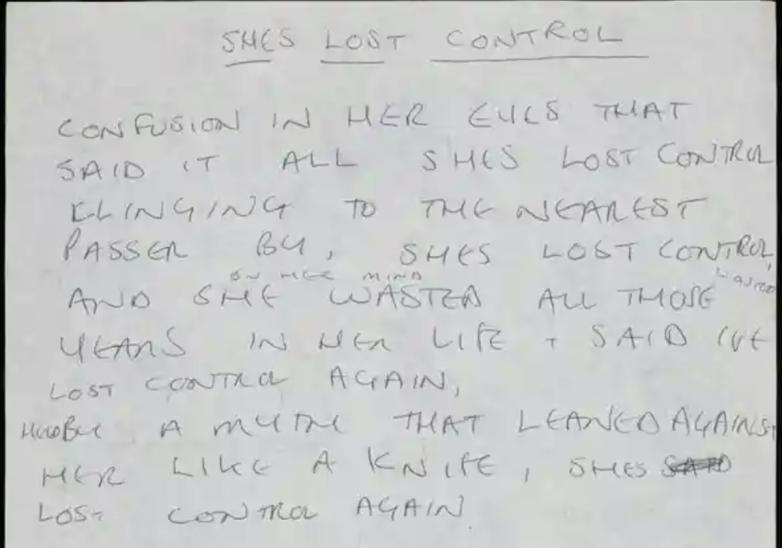 A new national archive has been launched in Manchester, preserving literary texts, artifacts, and ephemera from popular culture and the counterculture in the UK from the postwar period to the present day.

The British Pop Archive is celebrating its unveiling at the John Rylands Research Institute and Library with Collection, a special exhibition focused on the city’s modern musical heritage. 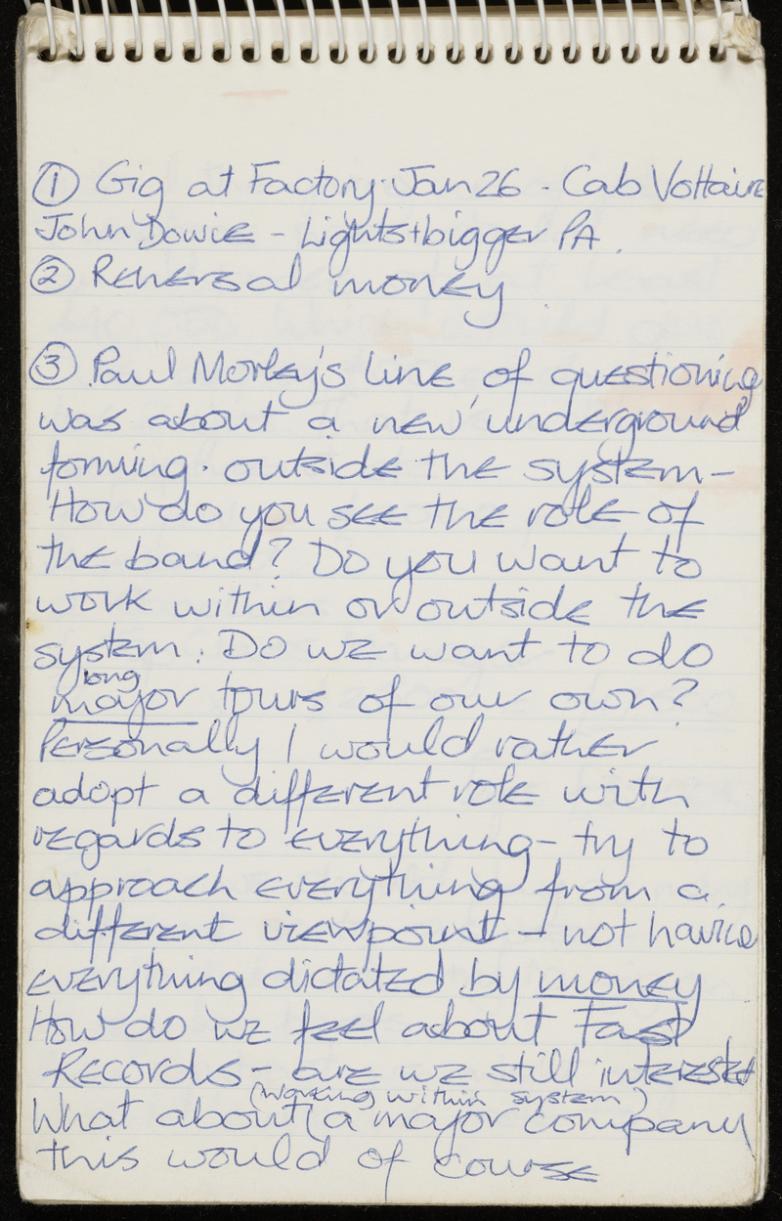 Credit: The University of Manchester

Rob Gretton's handwritten notes describing his vision for the band.

Among items on display will be Joy Division’s (and later New Order's) manager Rob Gretton's notes on his vision for the band, Ian Curtis' handwritten lyrics to Joy Division classics, She's Lost Control and Love Will Tear Us Apart. In addition, there are posters, press passes, badges, fan letters to The Smiths—Johnny Marr's Gretsch Super Axe guitar, used to record some of The Smiths’ early classic songs is also on show—plus key magazines and fanzines focusing on Manchester’s vibrant cultural scene such as City Life, Grass Eye, and New Manchester Review. Many of the items in the exhibition have never been shown in public before.

This is an area which is becoming increasingly appealing to collectors, and the handwritten lyrics market is particularly strong. Sotheby’s will be holding a Sex Pistols-themed auction in the fall, and earlier this month Bonhams in London successfully offered a variety of highlights from the personal archive of iconic DJ John Peel, including an original 1983 demo cassette by The Smiths with a letter from the band going for £17,850.

Jon Savage, professor of popular culture at the University of Manchester and co-curator of Collection, said: "Britain's pop and youth culture has been transmitted worldwide for nearly sixty years now. As the most fertile and expressive product of post war democratic consumerism, it has a long and inspiring history that is in danger of being under-represented in museums and libraries.”