Books from Valdemar's Castle Under the Hammer 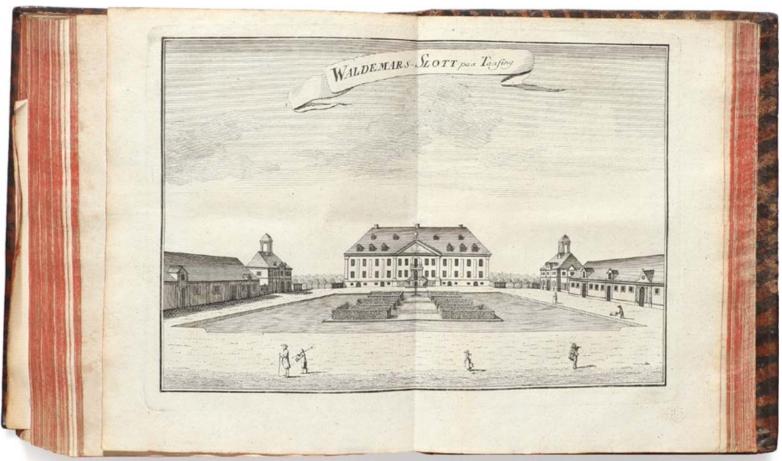 A series of auctions of a large collection of paintings, furniture and collector’s items from Valdemar’s Castle on the Danish island of Tåsinge continues with a dedicated rare books sale at the end of this month.

Bruun Rasmussen Auctioneers, which was acquired by Bonhams earlier this year, has been selling the unique items which come from Denmark’s naval hero Niels Juel. In 1677 he defeated the Swedish fleet at the Battle of Køge Bay and subsequently settled at Valdemar’s Castle on Tåsinge. His family has lived there for 12 generations and nearly 350 years. One of the castle’s previous owners was Christian IV's son Valdemar Christian, whom the castle was named after.

Among the books coming up for auction on November 30 are:

*  Theatrum cometicum (1666-68), an illustrated anthology of 415 comets put together by Polish astronomer Stanslaw Lubieniecki who had a special interest in comets. Beautifully illustrated and contemporary hand-coloured, it begins with those mentioned in the Bible and includes a comet that he personally observed in 1664.

* A complete set of the first and only early edition of the monumental 18th century atlas of Denmark by Erik Pontoppidan continued after his death by Hans de Hofman. It contains more than 6,000 pages and nearly 300 plates, including folding engraved maps, plans and views of Denmark and Danish cities, castles, houses and gardens, Danish antiquarian relics, plants, animals and costumes.

* Christian IV's bible, printed by Martzan and Sartor in 1633. This is richly illustrated with woodcuts in the text and ound in an 18th century full calf binding over wooden boards, with silver mountings,

* Museum Regium c. 1710, a catalogue on the objects in the treasure chamber of the Danish King Christian V. The engravings which are considerably increased in this edition (the first edition contained 37) depict among other things the Golden Horns of Gallehus as well as zoologic monsters.