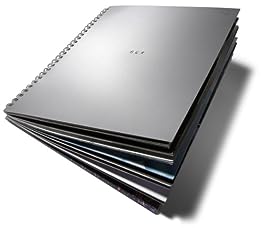 Bookfinder.com just released its list of the 100 most sought-after out-of-print books in 2011.  Madonna's explicit coffee-table book Sex, from 1992, topped the list, a fact that was not missed by the major news agencies.  The 129 copies of Sex on abebooks, by the way, start at $57.00 (or $100 if you want the accompanying CD), so it's not quite as rare as it would seem.

Nora Roberts came in second with Promise Me Tomorrow, which starts at $47 on abebooks for an acceptable mass-market copy.  There are only ten copies listed on the site, so it's quite a bit more uncommon, actually, than Sex.  Roberts has actively tried dissuading her readers from tracking down copies of her early novel.

Stephen King fills in spots 3 and 4 on the list with his novels Rage and My Pretty Pony respectively.  Rage is readily available as part of a compendium of King's early Bachman novels, but to acquire a stand alone copy, be prepared to dish out $200.  My Pretty Pony, meanwhile, runs about $70.

Two other familiar names in the Top 10 are Johnny Cash with his autobiography Man in Black and Norman Mailer with his biography of Marilyn Monroe.  The Cash autobiography may be out of print, but it's as cheap as books get on the Internet.  The same goes for the Mailer biography of Monroe.  Both books are rather surprisingly out-of-print, in my opinion.  Interest in Cash and Monroe remains as high as ever; I'd think publishers could still pull in a fair bit of cash from annual sales of both titles.

For regular FB&C readers, there is a particularly interesting inclusion in the Top 100.  Paul Collins, who has written for FB&C in the past, wrote profiles for Lapham's Quarterly and NPR on the child prodigy novelist Barbara Newhall Follett.  Follett's compelling life story, wherein she wrote a best-selling novel at thirteen, then, several years later, walked out of her apartment one day never to be seen again, struck a chord with readers.  As a direct result of Collins' pieces, Follett's long out-of-print novel The House Without Windows shot into spot 83 on the list.

And here, by the way, we have a truly rare book, as the handful of copies of House Without Windows start at $500 on abebooks.  I think it's time for a new edition.