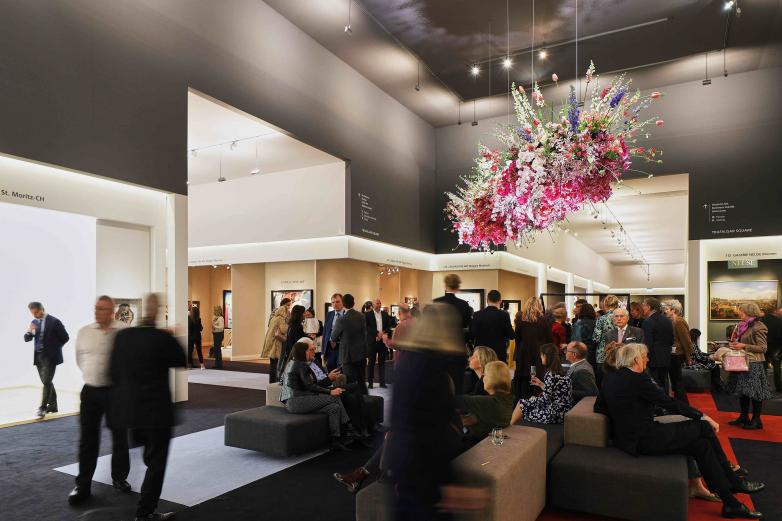 TEFAF Maastricht in The Netherlands closed yesterday, four days ahead of schedule, due to Coronavirus concerns.

First, the London Book Fair (a publishing industry event, not a rare book fair) announced its decision last week to cancel. Similar announcements from the Paris Book Fair, the Leipzig Book Fair, and the Bologna Children’s Book Fair, followed swiftly. But the smaller fairs took a wait-and-see approach, allowing the New York antiquarian book fairs and fine art fairs to go on as scheduled—though foot traffic was lighter than usual, and everyone was talking about COVID-19.

Then, earlier this week, TEFAF Maastricht indicated that it would shorten its fair, which was slated to run through March 15 but instead closed yesterday due to health concerns, stating, “While the health advice of the authorities in the immediate region has not changed, we understand the situation in the Netherlands and neighboring countries is changing. We have also taken into account the growing concern of exhibitors, visitors and staff and the ever-growing difficulties regarding travel and transport.”

HistoryMiami, the organization that runs the Miami Map Fair, which was expected to open tomorrow, March 13, has decided to scrap this year’s fair, announcing: “As a precautionary measure for the health and well-being of our valued dealers and guests, HistoryMiami Museum has canceled the 2020 Miami International Map Fair and all related events. Our Map Fair is an international event, drawing dealers, collectors and others from a number of countries and from throughout North America. Their health and the health of those in our community with whom they would be in contact is our first priority.”

The L.A. Art Book Fair, previously scheduled for April 3-5, is also off the calendar. Printed Matter, the organization that runs the Art Book Fair, put out this statement: “We are deeply saddened to announce the cancellation of the 2020 LA Art Book Fair … We have been closely monitoring the escalating spread of coronavirus COVID-19 outbreaks in California and globally, and in light of recent news and advisories, it will not be feasible to stage the Fair in a way in which everyone's safety can be assured.”

Paris Photo New York, originally scheduled for April 2-5, is postponed for now. The organizers said, “After careful consideration and comprehensive discussions with galleries and partners, the inaugural edition of Paris Photo New York, organized by Reed Expositions France, will be postponed to a later date due to the growing concerns over public health and safety and the developing COVID-19 situation. A new date will be announced as soon as possible.”

UPDATE 3/13: The Ephemera Society of America’s upcoming conference and fair, which was to be held in Greenwich, Connecticut, beginning March 26, has also now been cancelled. Their statement: "Based on recent events concerning Covid19, and specifically, the Governor of CT’s Executive Order prohibiting large gatherings, The Ephemera Society of America has sadly decided they must CANCEL the 40th annual conference and fair in Greenwich, CT that was scheduled to take place March 26-29, 2020." The FPBA Fine Press Book Fair in Oxford, UK, has been postponed, announcing, "Due to the present circumstances, we have taken the decision to postpone the Fine Press Book Fair from the end of March until November 28th & 29th.”

UPDATE 3/13: The Edinburgh Book Fair, scheduled to open on March 20, has also now been cancelled.

UPDATE 3/13: Word from the organizers for the NYC Vintage Photo Fair, which was to be held on April 3, is now postponed. Also, Marvin Getman announced the DC National Rare Book & Ephemera Fair, originally planned for April 17-18, is "being re-scheduled due to the unfolding crisis."

UPDATE 3/17: Flamingo Eventz has pulled the plug on Paper Town, the biannual Boxborough, Massachusetts, show that had been slated for April 11. The next one is on the calendar for September 19.