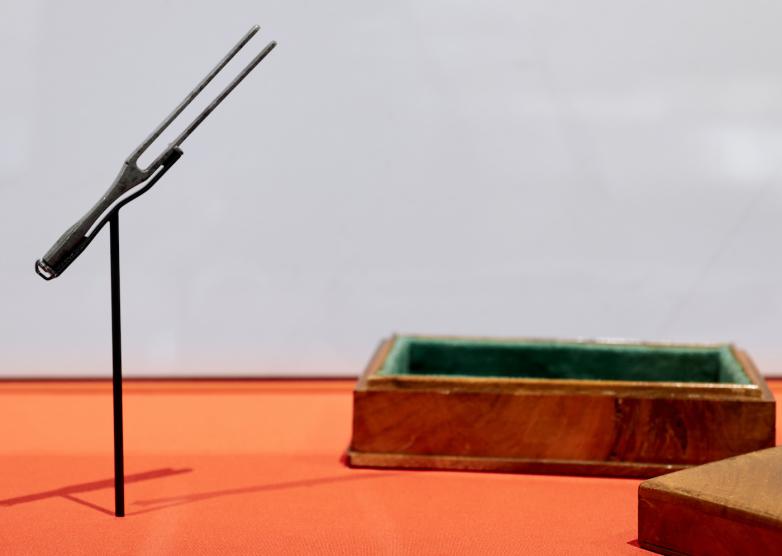 As we noted in our autumn 2020 article, “Beethoven at 250,” published on the occasion of the composer’s semiquincentennial, the British Library holds one of the top Ludwig van Beethoven collections in the world. Special pieces from that collection are now on exhibit and include such personal items as his tuning fork, a kitchen account from his household, and his laundry list, of all things!

Among the musical manuscripts featured are Beethoven’s earliest published works of three piano sonatas composed at age eleven or twelve; the Ninth Symphony manuscript he sent to the Philharmonic Society in London in 1824; and a pocket sketchbook he made to note down musical ideas when out walking, which dates from 1825 and contains sketches for the String Quartet in B flat major, Op. 130.

“Beethoven’s power to inspire, enthuse and divide opinion remains as strong today as it was 200 years ago,” said Richard Chesser, head of music collections at the British Library. “Beethoven’s name and image have become ubiquitous in popular culture but this exhibition is an opportunity to explore the man and his music through the lens of his own manuscripts and objects from his daily life. His manuscripts often appear chaotic but they offer powerful testimony to his creative imagination and determined spirit in the face of progressive hearing loss.’