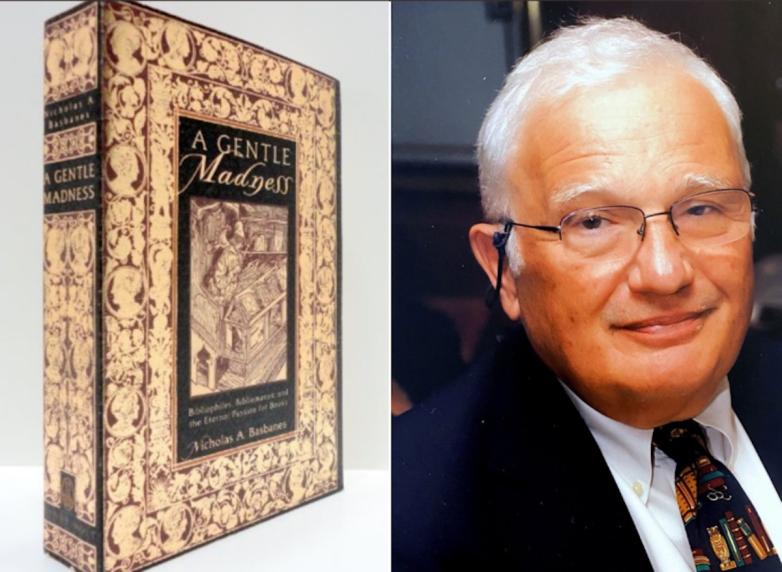 The inaugural talk will be delivered by celebrated author and journalist Nicholas Basbanes on March 17 at the Arion Galley.

San Francisco — The Grabhorn Institute and Arion Press are thrilled to announce a $400,000, three-year gift from Denver philanthropist and book collector Taylor Kirkpatrick. This major gift—one of the three largest donations in the Institute’s history—will sponsor an ambitious series of pilot programs designed to democratize letterpress printing and foster compelling dialogue about the evolving place of books in civic life. The pledge will launch a slate of initiatives including a literary speaker series, a bookmaking apprenticeship, and a quarterly exhibition series.

Four times a year, the Kirkpatrick Speaker Series will invite leading writers, novelists, and public intellectuals to San Francisco to discuss the essential role of books in contemporary culture. The inaugural talk will be delivered by celebrated author and journalist Nicholas Basbanes on March 17 at the Arion Galley. Basbanes will expand on his best-selling volume on book collecting A Gentle Madness with a talk titled “On the Highway of Letters: Forty Years Among the Gently Mad” charting his continued adventures among books and book people. The Institute will be hosting a reception before the talk as an opportunity for the Grabhorn and Arion community to meet Mr. Kirkpatrick and Mr. Basbanes. The talk will be open to the public, and supporters can also watch it virtually through Zoom.

Kirkpatrick’s multi-year pledge will allow the Grabhorn Institute to expand its mission of championing the art of traditional bookmaking in unprecedented ways. “I believe in the book. I believe in the importance of both keeping the historic craft alive and bringing the art form into the 21st century,” said Taylor Kirkpatrick. “I am excited to support the Grabhorn Institute’s efforts to explore bold, unexpected ways to renew, reimagine, and reinvigorate the everlasting power of the book for the next generation.”

“This remarkable donation from Taylor Kirkpatrick opens a new era for the Grabhorn Institute,” said Rolph Blythe, Executive Director of the Grabhorn Institute and Arion Press. “We are phenomenally grateful for his generous investment that empowers us to sustain the legacy of traditional printing while exploring exciting horizons for its future. Taylor’s gift recognizes the vital significance of expanding community engagement and further building diverse audiences for the book arts.”In addition to the speaker series, Kirkpatrick’s support will help sponsor several other educational and artistic initiatives including a revived bookbinding apprenticeship and a slate of quarterly gallery exhibitions designed to champion emerging artists.

In 2022, the revitalized gallery program will feature exhibitions titled “Neruda 10 x 10,” and “The Dyslexic Dictionary.”