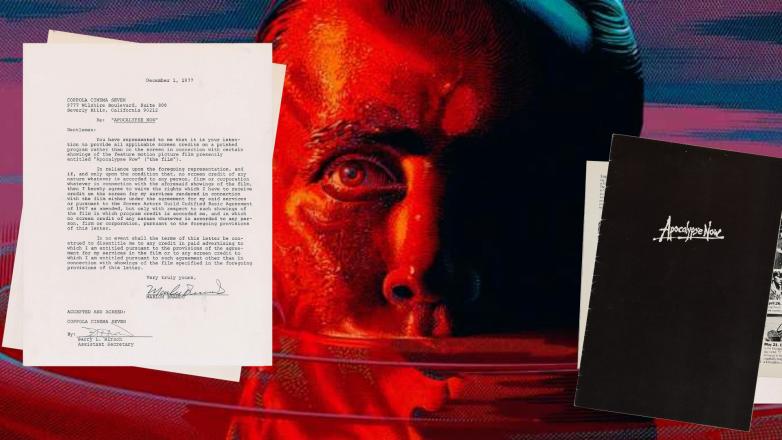 'My film is not a movie. My film is not about Vietnam. It IS Vietnam. It’s what it was really like—it was crazy. And the way we made it was very much like the way the Americans were in Vietnam. We were in the jungle, there were too many of us, we had access to too much money, too much equipment, and little by little we went insane.'—Francis Ford Coppola, Cannes, 1979.

On March 20, 1976, director Francis Ford Coppola and dozens of cast and crew descended into the Philippine jungle, into madness, into their Vietnam. The film opens sans credits, the whirling of Huey helicopters in a hellfire landscape interspersed with the whirring of a ceiling fan in the hotel room of Captain Benjamin L. Willard, played by Martin Sheen. He lies contemplatively, cursed by memories, as The Doors' 'The End' plays in the background. A handgun, an empty glass of cognac, a smoldering cigarette. Willard rises, peers through the blinds, and exclaims: 'Saigon…sh*t. I'm still only in Saigon. Every time, I think I'm gonna wake up back in the jungle.'

Coppola foregoes Hollywood's standard opening formula by eschewing both title cards and credits (this is not a movie), resulting in immediate immersion for the viewer (it IS Vietnam). His artistic vision is mirrored in this comprehensive archive of 40 documents, which range in date from 1976 to 1979, and predominately consist of one-page screen credit release waivers signed in 1977; these forms, submitted to Coppola Cinema Seven, waive all rights "to receive credit on the screen for…services rendered in connection with the film entitled 'Apocalypse Now,'" with the understanding that director Francis Ford Coppola intends "to provide credit on a printed program rather than on the screen in certain showings of the Film"; an example of this program is included.

The primary documents that deviate from this waiver format are signed by Marlon Brando and George Lucas: the four Brando documents (with a combined total of five Brando signatures) discuss and consent to various matters related to his screen credits (e.g. "Martin Sheen's name may appear above the title, in third position, after my name and that of Robert Duvall" and "In connection with 'Apocalypse Now,' I agree that the 'Directed By' and 'Produced By' credits to Francis Coppola may be combined and appear above mine, so long as my credit still appears on a separate card on screen"), while the George Lucas document is an employment agreement for his "consulting and editing services." Lucas had originally been slated to direct the picture, but his passion project—Star Wars—drew him away early on. Harrison Ford played the role of 'Colonel Lucas' in a nod to the departed director, and he, too, would be swept into the Star Wars saga—by the time Ford signed the present document (October 31, 1977), Star Wars had been in theaters for five months and made him a superstar overnight.

The highlights of this archive are the documents signed by the principal actors/filmmakers: Marlon Brando (four documents, with one twice-signed), Martin Sheen, Robert Duvall, Dennis Hopper, Harrison Ford, Laurence Fishburne, Sam Bottoms, Frederic Forrest (adding: "provided you use my good side in the scene where my head is cut off, with Marty"), Albert Hall, George Lucas (also signed by Coppola), Francis Ford Coppola (a TLS about permission to use the Playboy Bunny logo), and screenwriter John Milius; and by the musicians who provided the memorable soundtrack: one signed by John Densmore and Robby Krieger of The Doors, one signed by Ray Manzarek of The Doors, and one signed by Flash Cadillac & The Continental Kids (Warren Knight, Sam McFadin, Linn Phillips III, Kris Moe, Dwight Bement, and Paul Wheatbread).

Like the nightmare that was the Vietnam War, the production of Apocalypse Now went sideways nearly as soon as it started. It was originally scheduled for 16 weeks of shooting beginning in March 1976, a timeline that spiraled out of control: borrowed helicopters were recalled by the Philippine military to fight rebels; tropical disease wreaked havoc; payroll was stolen; and monsoon rains destroyed sets and equipment. Marlon Brando arrived in September, overweight and unprepared, having learned none of his lines. He refused to work with wild-and-crazy Dennis Hopper, forcing their scene together to be filmed on alternate nights. Fed up with Brando's antics, Coppola ultimately turned over the filming of his scenes to Assistant Director Jerry Ziesmer (who is represented in these documents, and who uttered one of the film's most memorable lines—'Terminate, with extreme prejudice'—after Coppola failed for months to find a suitable actor).

Year's end brought the fun 'Hau Phat U.S.O. Bunny Show' sequence, shot on December 3, 1976, that delivered Playboy Playmates Cyndi Wood, Linda Carpenter, and Colleen Camp to the set (Carpenter and Camp are included in this archive, as well as Coppola's letter expressing concern about the use of Playboy's famous logo, which appears throughout the scene). Trouble returned in early 1977, when the 36-year-old Martin Sheen collapsed from a serious, near-fatal heart attack. During Sheen's six weeks of recovery, his look-alike, sound-alike younger brother, Joe Estevez—present in this archive as "Joseph Sheen"—filled in on set; Estevez would also provide the necessary voiceovers during post. Filming finally wrapped on May 21, 1977, after a combined 238 days of tumultuous shooting over a two-year span. Coppola addressed the crew at day's end: 'I've never seen so many people so happy to be unemployed.'

Post-production met with similar delays, due to setbacks in creating the stereo soundtrack (which would include 'The End' by The Doors and Flash Cadillac's cover of 'Suzie Q') and re-working the film while editing the material. After fits and starts, Apocalypse Now finally debuted—as a 'work in progress'—at the Cannes Film Festival in May 1979, where it was awarded the prestigious Palme d'Or. Laurence Fishburne was just 14 years old when production started, and had lied about his age to secure the role of 17-year-old Tyrone 'Mr. Clean' Miller (when he signed the present document in September 1977, he was still just 16); by the time the film premiered in American theaters in August 1979, Fishburne was 18 and could have joined the Army himself.

Coppola revisited his masterpiece with the revised and extended version, Apocalypse Now Redux, released in 2001. The significant re-edit added 49 minutes to the original's runtime, among them a long French plantation sequence in which five of the signers in this archive—Villard, Olivier, Marquand, Le Pelletier, and Clément—appear on screen, who are not seen in the original 1979 version.

In addition to its eight Academy Award nominations (winning Oscars for 'Best Cinematography' and 'Best Sound'), Apocalypse Now's cinematic legacy has been enhanced by the Emmy-winning 1991 documentary Hearts of Darkness: A Filmmaker's Apocalypse, which chronicled the 'magic and madness' of its production. It now takes a place among the top films of all-time, and was selected for preservation in the National Film Registry by the Library of Congress as being 'culturally, historically or aesthetically significant.'

“As a one-of-a-kind, extensive archive of documents signed by the prominent and obscure figures involved with the legendarily difficult making of Apocalypse Now, this is a truly remarkable lot,” said Bobby Livingston, Executive VP at RR Auction.