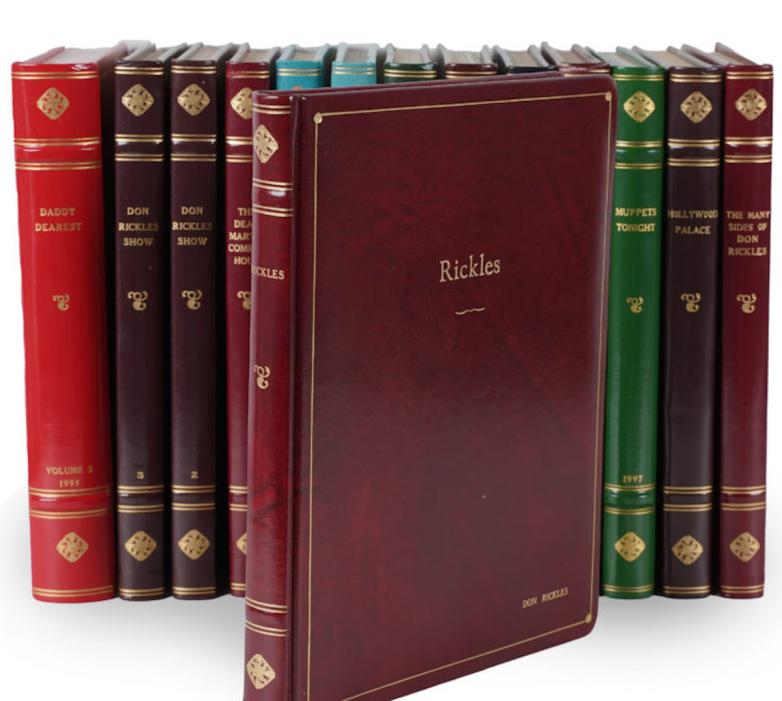 Annotated scripts from the estate of Don Rickles.

Rickles’ career performing insult comedy spanned over six decades, during which he made fun of nearly everyone he encountered – ranging from Hollywood celebrities and public figures to television audiences and Las Vegas showroom crowds.  His fame as a headline performer at Las Vegas hotels skyrocketed after he met Frank Sinatra during a show in 1957, marking the beginning of a lifelong personal friendship.  One of the highlights of Rickles’ career was accompanying Sinatra for a comedy routine at the second inaugural ball of President Ronald Reagan in 1985.

Rickles’ comedic success led to many movie roles and television appearances. His film credits include “Run Silent, Run Deep” (1958), “Enter Laughing” (1967), “Kelly's Heroes” (1970) and “Casino” (1995). Starting in 1995, he provided the voice of Mr. Potato Head in the “Toy Story” franchise. Following his death in 2017 at the age of 90, Rickles’ voice was featured in “Toy Story 4” using previous footage and recordings to honor his memory.

During his legendary career, Rickles also appeared in television episodes of “The Twilight Zone,” “The Andy Griffith Show,” “The Dick Van Dyke Show,” “The Beverly Hillbillies,” “Gilligan’s Island,” “I Dream of Jeannie,” “Get Smart” and many others.  He was a frequent guest on talk and variety shows, including “The Dean Martin Show,” “The Tonight Show Starring Johnny Carson,” “Late Show with David Letterman” and “Jimmy Kimmel Live.”

“Abell is honored to present a stunning collection of items from the longtime Los Angeles residence of Don Rickles, whose comedic genius and contributions to the entertainment industry are indelibly marked in history,” said Senior Vice-President of Business Development Joe Baratta. “This is an opportunity for both fans and collectors to acquire unique items representing his diverse career and accomplishments, as well as treasured belongings from the longtime Los Angeles home he shared with his wife Barbara.”

An auction preview will be conducted at the Abell gallery (2613 Yates Ave. in Los Angeles) from 9 a.m. to 3 p.m. on January 5-7 and January 10-12, or by appointment. A complete catalog will be available by January 1 at www.abell.com. Buyers may place absentee bids with Abell directly, bid via telephone or bid online at LiveAuctioneers.com and Invaluable.com. For more information, call 800.404.2235 or visit www.abell.com.