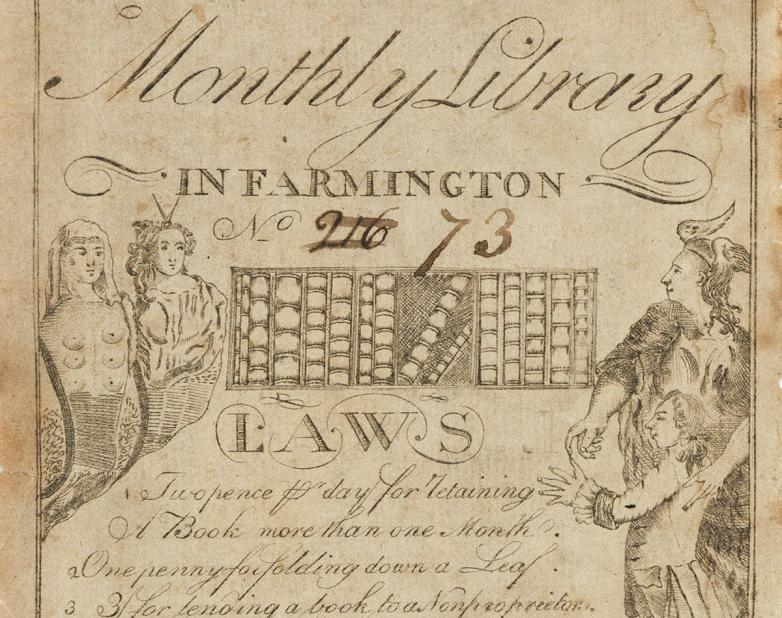 Crossing the auction block in New York tomorrow is this incredibly neat piece of library ephemera: a ca. 1801 bookplate from a Farmington, Connecticut, library that lists the “5 Laws for Library Borrowers.”

1. Two pence per day for retaining a book more than one month.
2. One penny for folding down a leaf.
3. Three for lending a book to a nonproprietor.
4. Other damages appraised by a committee.
5. No person allowed a book while indebted for a fine. 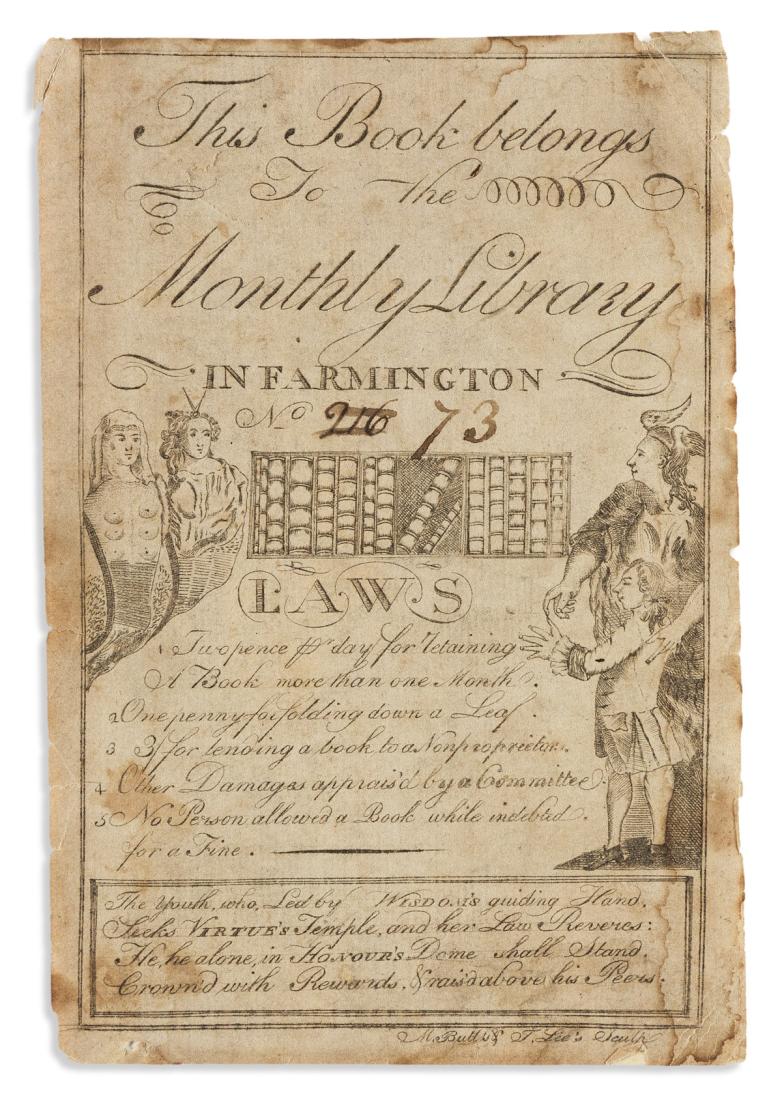 In other words, early American library patrons should expect late fees and should refrain from dog-earing their books! Also, don’t borrow a book and then loan it to a friend, and if you even think about adding some marginalia, the “committee” will send a bill. If you owe said committee money, your library privileges will be suspended.

The bookplate, depicting the allegorical figures of Wisdom, Virtue, and Honour with an eager young scholar next to a bookcase, was engraved by Farmington jack-of-all-trades (goldsmith, gunpowder manufacturer, church deacon, probate clerk, and treasurer) Martin Bull (1744-1825). It is “his best-known work as an engraver,” according to Swann Galleries. The bookplate is estimated to make $600-900 at auction.