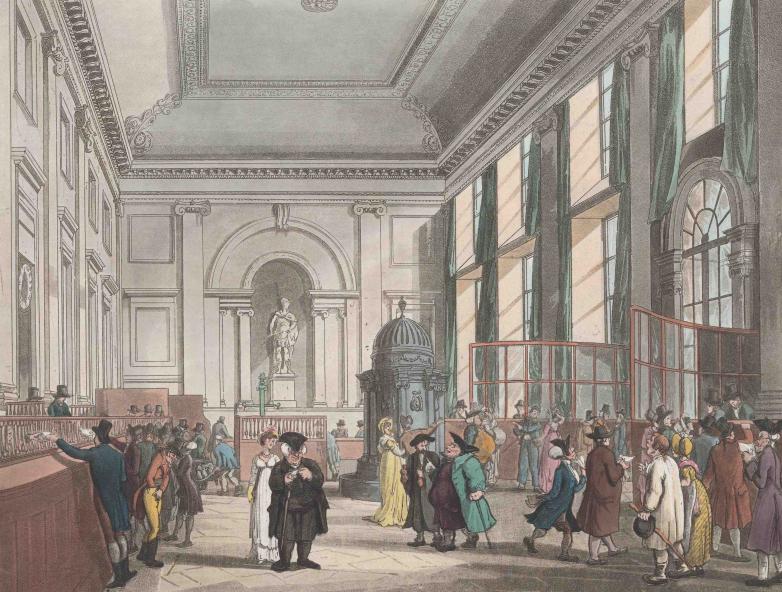 Courtesy of the Metropolitan Museum of Art

Originally founded in 1694 as a private bank to the British government, today the Bank of England serves as the central bank for the United Kingdom, and much has changed in the past 325 years in the world of monetary policy. To recognize the milestone, the world’s second-oldest central bank recently opened an exhibition at its adjoining museum that explores three centuries of money and its handlers.

325 Years, 325 Objects draws from the Bank of England Museum’s archives to illustrate the ever-evolving world of money, with the earliest items hailing from the Roman era. Examples of seventeenth-century items include paper banknotes with the denominations filled in by hand, and other pieces showcase the workaday world of a bank: calculators, banknote sorters, paper postal orders (created in 1881) a printing block from The Old Lady, a staff magazine published from 1921 through 2007; there's even a forged banknote confiscated by tellers in 1895. The exhibition goes straight through to the present day with paperless transactions, though cash remains as vital as ever to the economy, with 70 billion pounds currently in circulation, double the number of notes in circulation just ten years ago.

Cash may not be going anywhere, but its future may not be made from paper. The Bank of England issued its first polymer-based bankote, a fiver (£5), in September 2016, followed by a £10 in 2017, with plans to continue rolling out new synthetic-based money to replace the bank's currency. Why? According to the BoE, polymer banknotes are stronger, cleaner, more durable, and have a smaller carbon footprint than paper money.

The museum is open Monday through Friday from 10am through 5pm excluding, clearly, bank holidays. Admission is free. The show is on display through May 2020.