1919 Bestsellers: A Conversation with Linda Aragoni 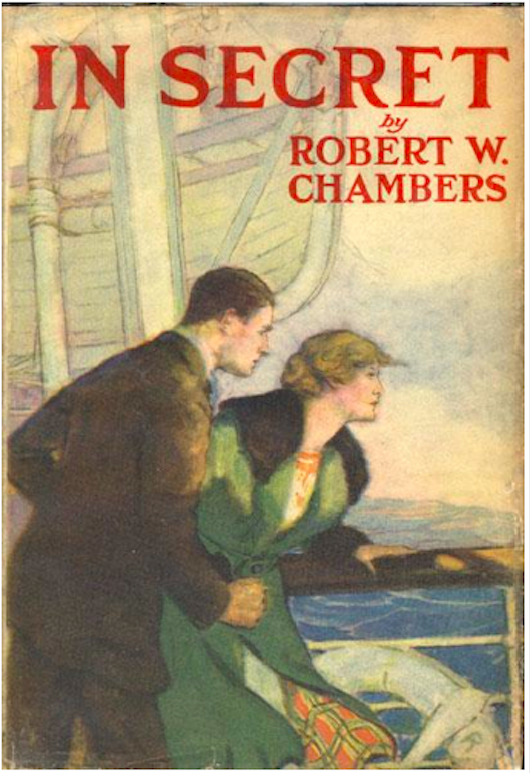 Cover of In Secret by Robert W. Chambers

For the past four years, we have checked in with consummate reader Linda Aragoni of the Great Penformances blog for her appraisal of the bestseller list from a century ago. (See 2018, 2017, 2016, and 2015 respectively). This year we continue the tradition, finding out about the books that topped the list in 1919. Here are the 1919 bestsellers according to Publishers Weekly:

Some introductory material from Linda about 1919:

Many historians today summarize 1919 as rivaling 1968 as the worst year in twentieth-century American history. There were anarchist bombings, race riots throughout the U.S., strikes (including strikes by the Boston police), and calls for full-scale war with Mexico as the Mexican Revolution spilled over the border into the U.S. In 1919, President Wilson suffered a massive stroke, Prohibition began, and Major League Baseball saw its first major scandal.

Despite all that, it was a good year for durable bestsellers.

Nine of the 10 bestsellers of 1919 are about World War I, which had official ended in November 11, 1918. Of those nine, two are by Europeans, one is by a Canadian, and the rest are by Americans.

I think In Secret by Robert W. Chambers is my favorite. I know you’re going to ask me for a recommendation for modern readers, so I’ll save my summary of that novel and mention a second strong contender for my favorite of the year, which is a better, meatier novel.  Someone can prefer ice cream to broccoli and recognize that broccoli is better for them, right?

Christopher and Columbus by Elizabeth Von Arnim appears to be a light, frothy novel about teenage twin sisters. Half German, they appear German but feel themselves English. They must figure out how to survive in 1916 America's anti-German hysteria.

Von Arnim views America’s role in the war from the perspective of citizens of the Triple Entente. The novel “has been selected by scholars as being culturally important and is part of the knowledge base of civilization as we know it.”

Do you think modern audience would enjoy in particular any of the 1919 bestsellers?

I think In Secret would have the most appeal for contemporary readers. It’s a thriller that I’m surprised hasn’t been made into a film. Chambers sets up familiar scenarios which he promptly turns on their heads. The series of continuous shattered expectations creates incredible tension.

Most of the action takes place high in the Alps as the two main characters try to evade German patrols and get a good look at a tunnel the Germans are thought to be building into neutral Switzerland. After he works readers to the edge of their chairs, Chambers pulls the chairs out from under them with a perfectly plausible but totally unexpected ending.

It’s all very visual, a wide-screen performance for the imagination.

Would you add any of the 1919 bestsellers to your permanent library?

Actually, I want three of them: In Secret, Christopher and Columbus, and Dangerous Days.

How about your least favorite novel from 1919?

My least favorite is the only title on the 1919 bestseller list that was not about World War I: Joseph Conrad’s The Arrow of Gold. It is about a failed 1870s plot to overthrow the Spanish king. The novel is like the plot itself: lots of talk but nothing accomplished.

Any other comments about the 1919 bestsellers?

The top 1919 bestseller was The Four Horsemen of the Apocalypse by a Spaniard, Vicente Blasco Ibanez. It came out in 1918, and immediately called the greatest novel of the great war. It’s still a famous novel, but not as readable today as the other bestsellers. It focuses less on battles than on the residual impact of war on the land and the people of Europe.

Aside from Harold Bell Wright’s The Re-Creation of Brian Kent and Conrad’s Arrow of Gold, the other novels on the 1919 bestseller list still have something to offer today’s readers.

Unfortunately, there’s nothing on the 1920 bestseller list that is more than temporary entertainment.