18th-Century Tale of Seduction in the Spotlight 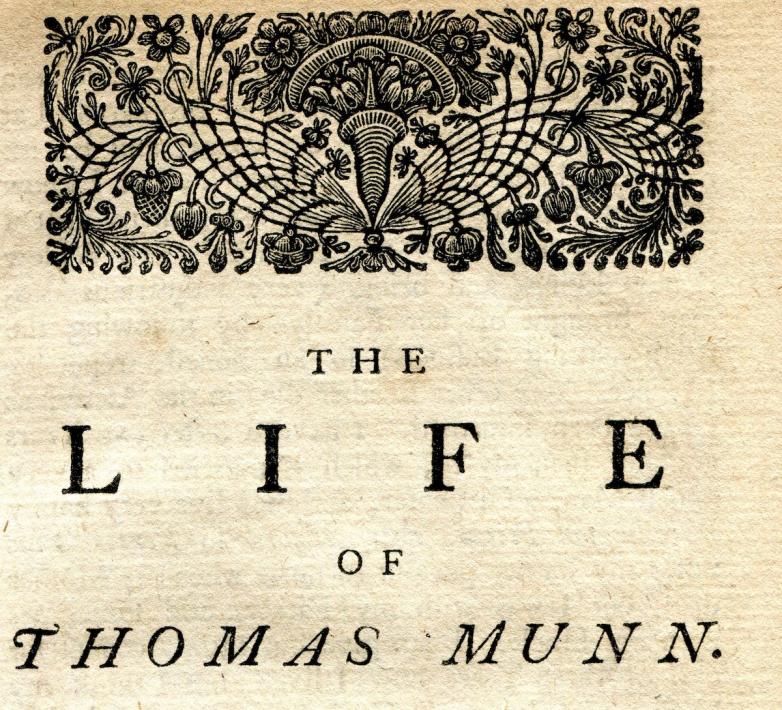 One of five copies of the 1750 booklet, The Life of Thomas Munn, alias, the Gentleman Brick-maker, alias, Tom The Smuggler….

Is it a vintage romance novel, you ask? No, it’s the deathbed confessions of Thomas Munn, who was executed for his exploits. His now rare 24-page account, The Life of Thomas Munn, alias, the Gentleman Brick-maker, alias, Tom The Smuggler…, bound in cheap paper and originally sold for four pence, can be found in only four other libraries around the world. This copy was discovered by English bookseller Justin Croft among the offerings in a U.S.-based auction. 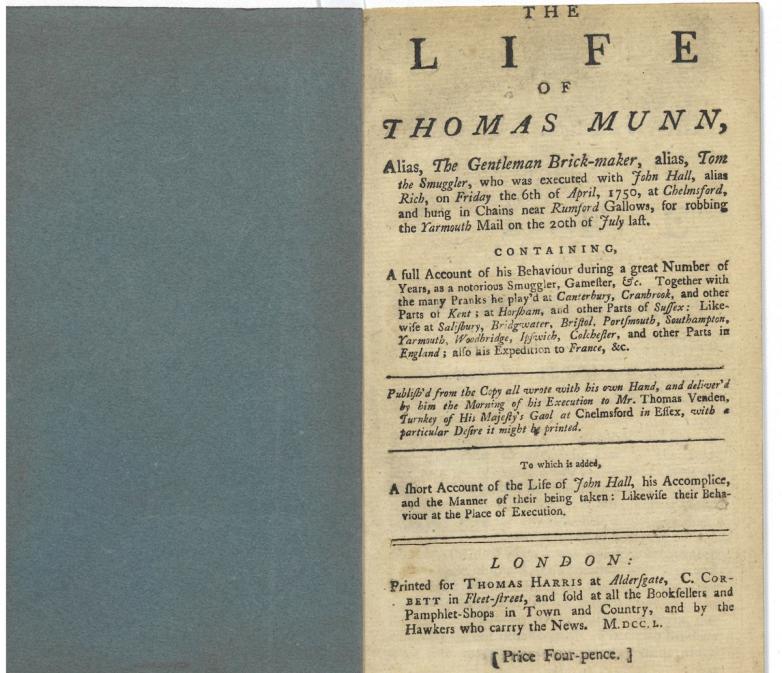 The 1750 publication was immediately of interest to the Horsham Museum, both because of its local interest—Munn was indeed a brick-maker in Horsham—and because of a stunning story he recounts about how the son of his innkeeper slipped into his bed one night and declared, “I love to lie with a naked man.” Munn continues, “He had not been long in Bed but began to act a Part so Contradictory to Nature that I started up in Bed, wanted Words to express my Confusion, Surprise and Passion, at his Propositions.”

Munn passed on the man’s overture, but his narrative takes “a remarkably modern approach as it shows that he had a more enlightened approach to sexual identity,” according to the museum. As a chronicle that touches upon LGBTQ+ lives in the mid-eighteenth century, it is historically significant and will be only the third such item in Horsham’s collection.

The Friends of the National Libraries, a British charity that helps museums, archives, and libraries buy books and manuscripts, gave the museum a grant to purchase this important booklet. It will go on display in a new gallery when the Horsham Museum reopens this summer.