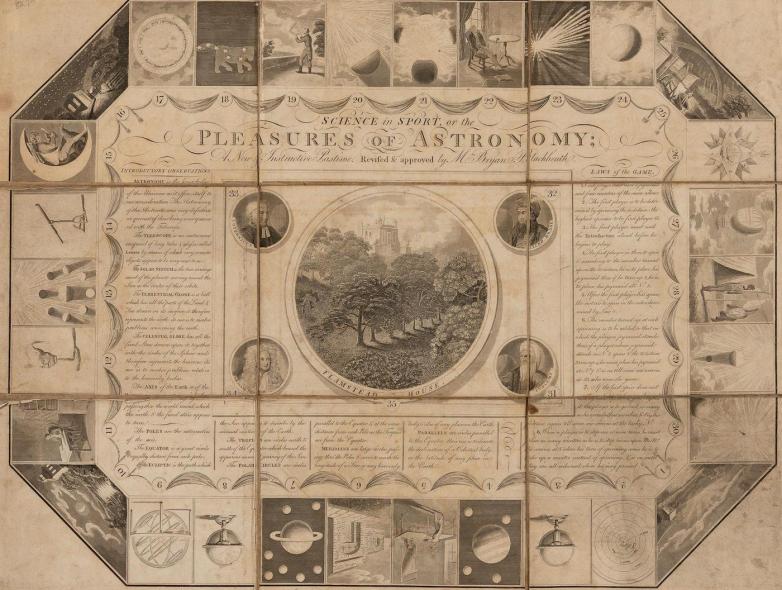 An 1804 "game of the goose" board, Science in Sport, or the Pleasures of Astronomy, offered at Doyle this week.

The sales I'll be watching this week feature Bill Reese's Herman Melville collection, books from the Collection of Jay I. Kislak, and more.

The Christie's online sale of The Herman Melville Collection of William S. Reese ends on Wednesday, September 14. Among the 100 lots are a presentation copy of Typee (1865) to Henry A. Smythe, who got Melville his post at the New York Customs Office ($120,000–180,000). Melville's heavily-annotated copy of Dante's works is expected to sell for $100,000–150,000. First editions of Melville's John Marr and Other Sailors (1888) and Timoleon (1891) are each estimated at $80,000–120,000. Both are known in just 19 extant copies. The former is the H. Bradley Martin copy and the only known copy in private hands. As with the earlier Reese sales, basically every lot in this sale is worthy of mention here, so do go have a look through the catalog.

Part II of the Doyle New York sale of the Collection of Jay I. Kislak sold to benefit the Kislak Family Foundation closes on Thursday. The 326 items include a large collection of correspondence between George Santayana and his Harvard classmate Herbert Lyman ($5,000–8,000); two "tribute albums" presented to wounded American serviceman Lawrence R. Kelly after WWII ($4,000–6,000); and an 1804 game board intended to teach astronomy, approved by Mrs. Margaret Bryan ($1,500–2,000).