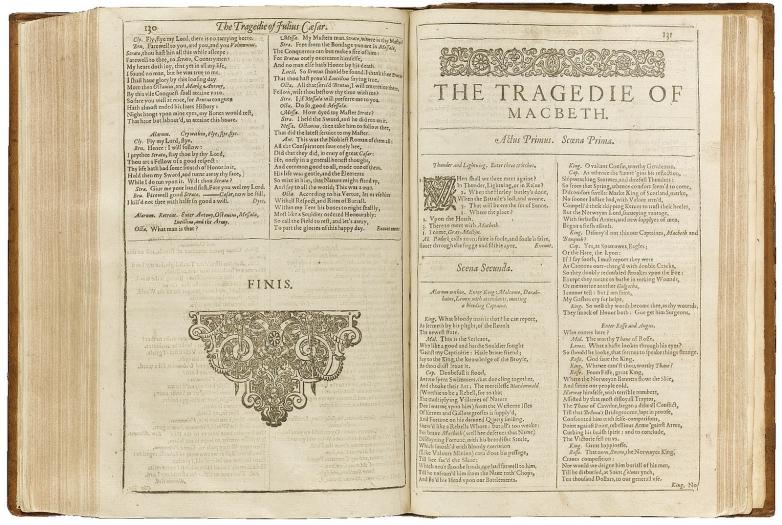 I love book censuses. If I could design a dream job for myself, it might well involve traveling around the world to look at all extant copies of given books and write about them, their provenance, their stories, &c. (on my wish list to track, if someone out there wants to fund some research projects, are the Eliot Indian Bible, the Hypnerotomachia Poliphili, &c.). I also enjoy filling out the questionnaires that come around frequently about first editions of various works that other researchers are studying; they're always great fun.

Some books, blessedly, have already been the subject of detailed censuses*, so I figured I'd put a couple of them to the test and see what more I could find out about the Lord Hesketh copies of the Shakespeare First Folio and Audubon's Birds of America.
For the Shakespeare, I turned to Anthony James West's The Shakespeare First Folio: The History of the Book. Volume II: A New Worldwide Census of First Folios (Oxford University Press, 2003). While Hesketh isn't listed in the index, the copy was pretty easy to identify as West 44, which West notes as "Purchased sometime after 1945 by a collector who died in June 1955" (Hesketh died 10 June) and "in the same family since." West viewed this copy in June 2000, and describes its contents, condition, and provenance marks in great detail. He particularly notes the panelled calf binding, rebacked, from c. 1690-1720, and remarks on the "cleanness and crispness of the text leaves" (while being careful to note that several prelims are in facsimile).
The Birds of America too has been the subject of a full census, in this case Waldemar H. Fries'The Double Elephant Folio: The Story of Audubon's 'Birds of America' (ALA, 1973; a revised edition was published in 2005, but since the Hesketh copy hadn't changed hands since then I used the one I had handy). Fries does list Hesketh as the owner of the Birds, reporting that it is the copy belonging to original subscriber Henry Witham, Esq. of Lartington, Durham. Fries quotes an Audubon journal entry from 3 December 1826, when the artist met and dined with Witham in Edinburgh (it was a successful evening; Witham subscribed for the Birds 15 days later).
This copy stayed in Witham's family for many years, passing from its original owner to his son Rev. Thomas Edward Witham and then to Witham's great-grandnephew Henry Thomas Silvertop. The Birds were sold at the auction of the estate of another Silvertop descendant, Charles A.J.O. Silvertop, on 3 July 1951 by Christie, Manson & Woods, London, when it made £7,000 (just for reference, its estimate in December will be £4-6 million). It was purchased by - you guessed it - Lord Hesketh.
One very interesting feature recorded by Fries is a note in Audubon's ledger about this copy: "Bound with locks June 1831". Fries found that when he examined the volumes, those original locks were still present on each volume, and that the first volume is inscribed "From Eliza Witham with sincere affection, June the 24th, 1831." There's even a picture showing the two locks on the front edge of the volume (making the Birds look a little bit like a gigantic diary).
So, if you were feeling as impatient as me about which copies these were, here's what we know about them (and there's more in West and Fries about each if you're so inclined), and this just shows one way in which book censuses can be very useful (as we saw with the Durham Folio case and others, they can also be handy in identifying stolen works, or for many other reasons).
* Another useful project would be a bibliography of book censuses: many of them are hidden in obscure journals and a good list of them would be terrifically useful.