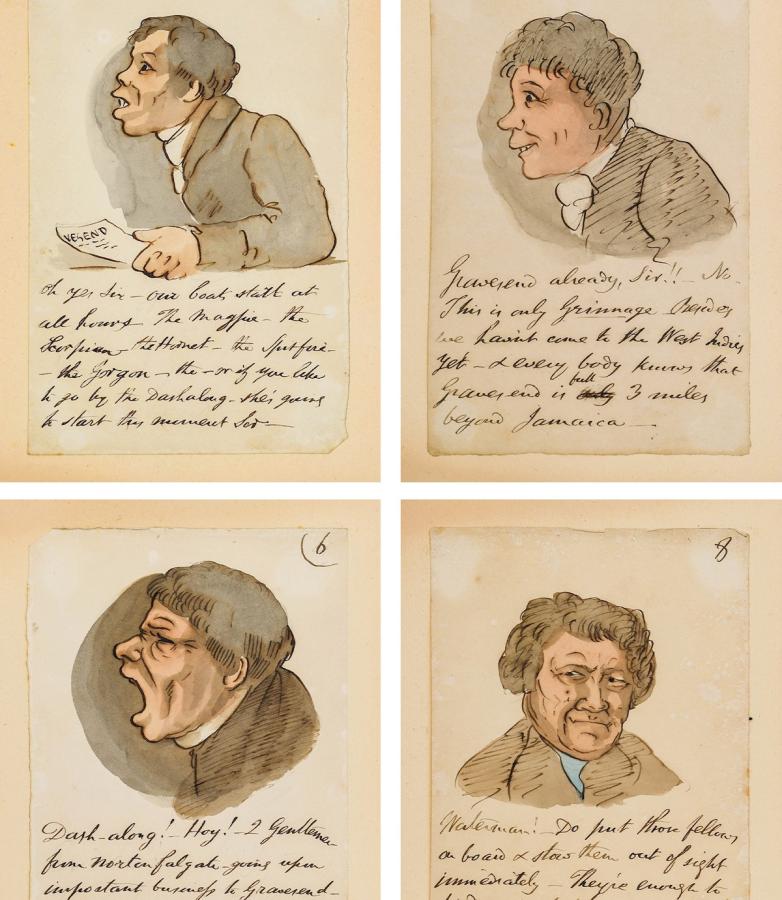 Leyburn, North Yorkshire, England — A complete run of the famous Wisden Cricketer’s Almanack sold for £13,000 plus buyer’s premium in Tennants Auctioneers’ Books, Maps and Manuscripts Sale on 18th May. The volumes of the almanack run from 1864 to 2018 and included facsimile copies of 17 of the volumes. The enduring popularity of the ‘Bible of Cricket’ was demonstrated by the competitive bidding pushing the hammer price well above the £2,000-3,000 estimate.

Strong prices throughout the sale continued with a collection of signed letters and photographs from Stan Laurel, of the classic comedy duo Laurel and Hardy, which sold for £2,100. The vendor’s mother was a childhood friend of Stan Laurel’s cousin, Nellie Bushby from Laurel’s hometown of Ulverston; the vendor had been taken to meet Laurel and Hardy at Southport circa 1951/2. The lot included letters to ‘Frank and Jean’ from ‘Uncle Stan’. Also selling well were two 19th century autograph albums, containing the signatures of the likes of Charles Dickens, William Thackeray and the Duke of Wellington (sold for £1,900).

An interesting group of original artwork by Robert Browning Senior (1782-1866), father of the poet of the same name, sold well at £4,000, ten times the bottom estimate. Browning Sr. was sent to the West Indies after leaving school, to work on the plantations belonging to his mother’s family; however, the young man had artistic leanings and the harsh plantation life did not suit, so he returned to London where he became a clerk at the Bank on England. In London he delighted in drawing ‘grotesque’ style caricatures and portraits, often with witty remarks, including many of criminals he saw pass through the law courts of London. Many scholars have discussed the influence Browning Sr.’s grotesque art had on his son’s poetry.

Also of note in the sale were a two-volume first edition of The Worst Journey in the World by Apsley Cherry-Garrard, recounting the Scott’s ill-fated Terra Nova expedition to the South Pole (sold for £2,200). Cherry-Garrard was the assistant zoologist on the expedition and was tasked with collecting Emperor Penguin eggs during the early months of the expedition. He was not part of the advanced team that reached the South Pole, however, he led the dog-sled team that turned back and failed to rendezvous with Scott and his four companions on their return from the Pole. He would later discover the remains of Scot, only 70 miles from where he turned around. An interesting work on British Butterflies and Moths by Humphreys and Westwood of 1841-3 sold well at £1,500, and David Hockney’s A Bigger Book of 2016 sold for £2,000.