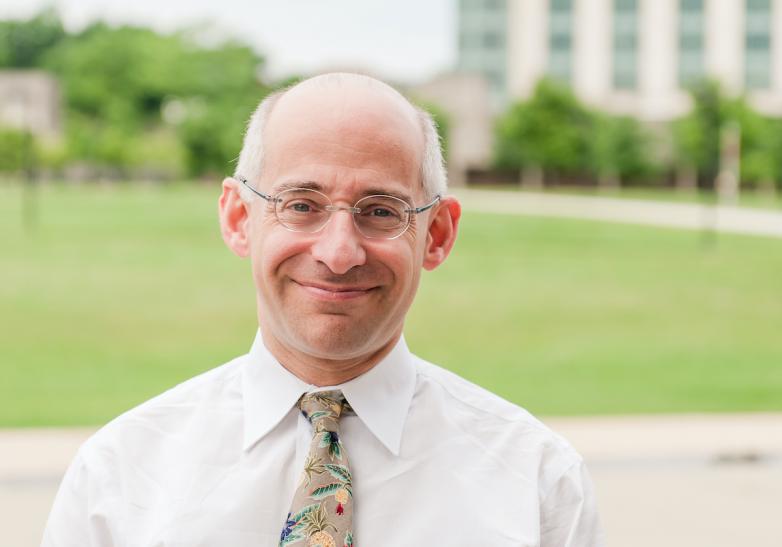 Courtesy of the American Antiquarian Society

Worcester, MA — The Council of the American Antiquarian Society (AAS) announces that Scott E. Casper has been chosen to be the next president of the national learned society and research library of pre-twentieth-century American history and culture. Casper will be the eighth president in the 208-year history of the Society, succeeding Ellen S. Dunlap, who will retire in late fall of this year.

The AAS Council unanimously elected Casper at a special meeting on June 4, 2020. Casper’s appointment comes after an extensive national search. John Herron, Jr. chair of the Council and head of the search committee, said, “After the extremely successful 28-year tenure of Ellen Dunlap, we are thrilled that Scott Casper has agreed to become the next President of the American Antiquarian Society.”

Herron further commented, “Our nation's past - both its promise and its contradictions - is as present as ever in this important time in our country’s civic life. As a scholar, administrator, mentor and more, Scott is unusually well prepared to further leverage the Society's long standing commitment to evidence-based history and to preserving and sharing the stories of all Americans as they are recorded in the unparalleled collections of the American Antiquarian Society.”

“From the week I arrived thirty years ago, the American Antiquarian Society shaped my intellectual journey, as it has done for countless others,” said Casper. “Now more than ever, telling America's complex, contested stories is essential, as are the collections that bring those histories to life. Working alongside the Society's peerless staff, I am delighted to advance this mission and extend the AAS's scholarly and public reach.”

Dr. Casper is a historian of American book culture and nineteenth-century studies. He is the author of two books Sarah Johnson’s Mount Vernon: The Forgotten History of an American Shrine (2008) and Constructing American Lives: Biography and Culture in Nineteenth-Century America (1999). The latter won the best book in the history of the book prize from the Society for the History of Authorship, Reading and Publishing. He has also co-authored and edited five scholarly volumes and three textbooks. Casper served as visiting editor of the William and Mary Quarterly (2008-09) and as contributing editor of the Journal of American History (2008-18).

Casper has a long association with AAS, having first come to conduct research in the collections as a Kate B. and Hall J. Peterson Fellow in 1990. He has since served on the advisory board of the Society’s Program in the History of the Book in American Culture (PHBAC). He served on the editorial board for the five-volume A History of the Book in America, and co-edited Volume III in that series, entitled The Industrial Book. Casper co-directed and co-taught the PHBAC Summer Seminar, entitled “Teaching and Learning American Book History,” and served on and chaired the committee on the James Russell Wiggins Lecture series.

An active public historian, Dr. Casper has been advisor to George Washington’s Mount Vernon, the Center for Civic Education, and a board member of the Maryland Humanities and the Greater Baltimore Cultural Alliance. Active in pre-collegiate history education, Casper has led various K-12 teacher education institutes and programs.

Dr. Casper is currently the Dean of the College of Arts, Humanities and Social Sciences at the University of Maryland, Baltimore County (UMBC), a position he has held since 2013. In this capacity Casper oversees the work of 300 full-time and 200 part- time faculty and more than 100 professional staff in 27 academic departments and programs, five research centers, and three undergraduate honors cohort programs in arts, humanities, and public affairs. During his tenure, the College of Arts, Humanities and Social Sciences created the Center for Social Science Scholarship and created both an undergraduate minor in public humanities and a master’s program in community leadership.

Before joining UMBC, Dr. Casper was the Foundation Professor of History, Chair of the History Department, and Interim Dean of the College of Liberal Arts at the University of Nevada, Reno. Casper holds an A.B. in History from Princeton University and a M.A., M Phil., and Ph D. in American Studies from Yale University.