From Pole to Pole at Bonhams Travel & Exploration Sale 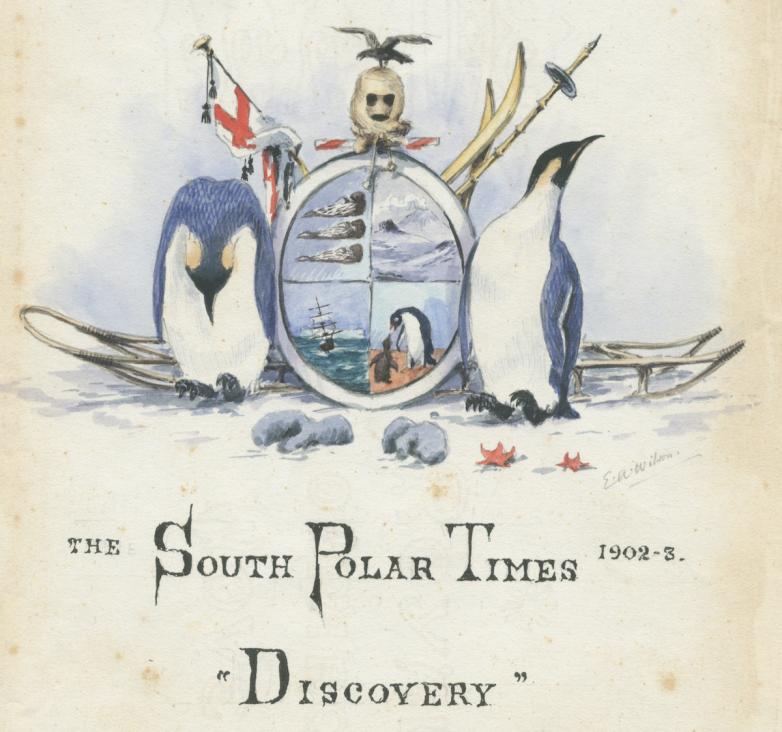 London — One of the great problems for early Antarctic explorers was what to do in the winter. For several long ice-bound months, it was impossible to carry out scientific investigations or mount expeditions. The serving officers on Captain Scott’s Discovery Expedition of 1901-4 staved off boredom by organising sporting events such as sledge-pulling, rifle shooting and skiing. They awarded medals – struck in advance of the expedition – as prizes. A rare example of an Antarctic Sporting Medal is offered in Bonhams Travel and Exploration sale in London on Wednesday 10 February. The silver medal, awarded to First Lieutenant Charles Royds, is estimated at £8,000-12,000.

One of two serving Royal Navy Officers released to serve on the Discovery, (the other being Captain Scott), Royds was the expedition’s meteorologist. He led an exploration by sledge across the Ross Ice Shelf, and Cape Royds on Ross Island is named after him. It is not known for which sport he won his medal.

Royds features in a fine signed group portrait of the Discovery team taken aboard the ship before it set off from the Isle of Wight in August 1901. The group includes Robert Falcon Scott, Ernest Shackleton, and ten other officers, all of whom signed the mount. Estimate: £4,000-6,000.

In another attempt to keep morale high, Shackleton produced and edited a newspaper, the South Polar Times. The expedition's zoologist and junior surgeon, Edward Wilson, contributed most of the illustrations, and a watercolour design of a polar coat of arms is also offered in the sale. Estimate: £4,000-6,000.

Bonhams head of Books and Manuscripts Matthew Haley said, “When we think of Britain’s history of polar exploration, it’s the hardships and dangers heroically faced that we tend to remember.  We often overlook the long winter months of inactivity when tedium set in. As the pieces in our sale illustrate, expedition leaders came up with some ingenious ways of keeping their teams occupied and maintaining all-important morale until work could begin again.”

In 1902, during the Discovery expedition, Wilson with Scott and Shackleton trekked the furthest south that had ever been achieved. He, Scott and three others finally reached the South Pole in January 1912, only to die in March that year on the ill-fated return journey.

From the other end of the world, come watercolours by Admiral Sir George Back including a newly discovered work depicting HMS Terror off a spectacular iceberg, believed to be in the Davis Strait, between Canada and Greenland. Estimate: £8,000-12,000.

Back was a veteran of Arctic exploration having first accompanied John Franklin in January 1818, in an unsuccessful quest to find a route from Svalbard to the Bering Strait via the North Pole. Two further expeditions with Franklin followed before, in 1833, he was appointed to command an expedition to search for the explorer, Sir John Ross, who had been missing in the Arctic since 1829. In May 1834, news reached Back that Ross was safely back in England, so he decided to trace the 500-mile course of the Great Fish River which he completed successfully (the river was renamed in his honour). His final adventure was as Captain of HMS Terror for the expedition to map the last sections of the uncharted coast of north America in 1836-37. The Frozen Strait expedition however proved to be his last. Despite the glorious conditions portrayed in Back’s watercolour, the weather soon deteriorated, and Terror became ice-bound in September 1836.

Back returned home defeated by the ice and was thereafter an invalid for several years during which he wrote the second of two books on his Arctic adventures, Narrative of an Expedition in H.M.S. Terror, published in 1838.