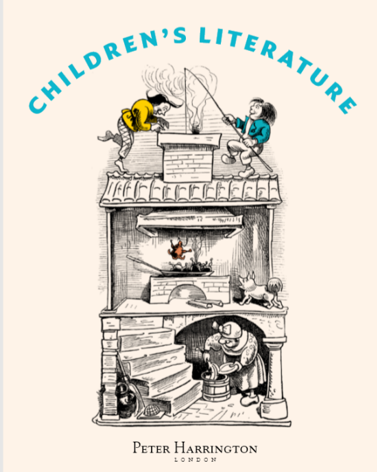 London — Peter Harrington, the UK’s largest rare bookseller, is pleased to launch its’ new Children’s Catalogue, containing an incredible selection of over 200 items of children's literature and original art, dating from 1750 to the 21st century. Every item is either a first edition in remarkably good condition, or bears a particular association or provenance which sets it apart.

The selection ranges from early examples of novels for children, such as Lewis Carroll’s Alice in Wonderland books, to contemporary classics such as Harry Potter. A rare first edition of Charlie and the Chocolate Factory, is inscribed by Roald Dahl just after it was published in 1964, and a first edition of Anna Sewell’s Black Beauty inscribed by Anna to the patients of a London hospital in the brief period between the publication and her early death in 1878.

Included too are first editions of books by perennial children’s favourites such as Hans Christian Andersen, the Rev. W. Audry, A. A. Milne, Enid Blyton, Maurice Sendak and Dr. Seuss, and original artwork by legendary illustrators including Arthur Rackham, Kay Nielsen, and E. H. Shepard.

Pom Harrington, the owner of Peter Harrington says “The challenge with acquiring children’s books is in finding them in good condition, given that many have been well-loved and well-read. The first edition in English of the children's picture book Der Struwwelpeter, for example, is among the rarest of all children's books, due to the fragility of the publication. Many first-time buyers start their collection with a first edition or rare copy of a book they’ve loved as a child and we hope this catalogue will inspire more people to start collecting.”

All items from the catalogue are on display at Peter Harrington in Dover Street, London from today until Saturday 21st March and a copy of the catalogue is available on request.