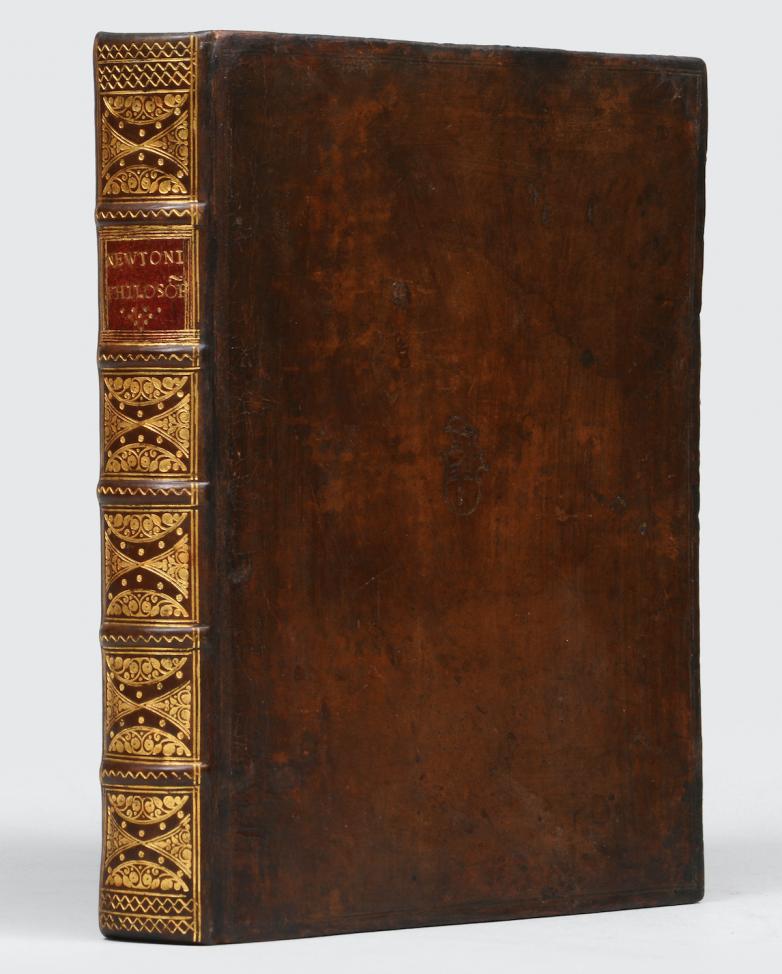 First edition of Newton’s Philosophiae Naturalis Principia Mathematica, “the “greatest work in the history of science,” among the most significant and influential books ever published.

London — London rare book dealer Peter Harrington has launched its new Masterpiece 2020 catalogue – one of its bi-annual curations of exceptionally rare and collectable books and artworks.

The summer 2020 catalogue features a collection of 50 fine books and manuscripts ranging from the sixteenth to the twentieth century, many of which have not previously come to market.

The release of the catalogue has been timed to coincide with Masterpiece Online, the inaugural virtual avatar of Masterpiece London Art Fair – the much-anticipated annual showcase of the finest works of art, design and collectables which was cancelled this year owing to coronavirus in favour of a digital-only exhibition due to run from June 22-28, 2020.

Commenting on the new catalogue, Pom Harrington, owner of Peter Harrington said: “It has undoubtedly been an unusual couple of months, but we are pleased to say we have been incredibly busy and the proof is in this catalogue – a truly exciting collection of defining works from everyone from Isaac Newton to James Cook; presentation sets with wonderful associations and witty inscriptions from Joseph Conrad and Ian Fleming; and truly rare finds such as the oldest item in the catalogue -- the 1542 Jardin de las nobles donzellas, a pro-feminist treatise in the “mirror for princes” tradition, for Queen Isabel of Spain.

“It’s a testament to the enduring confidence within the rare book world that we continue to see robust interest in rare books and manuscripts of this calibre – a greatest hits of sorts from some of the most collectable names across numerous fields.”

Pom added: “We would have celebrated our 10th anniversary at Masterpiece this year, having exhibited at the fair since its inaugural edition in 2010. This selection of fifty fine items was conceived especially for Masterpiece 2020, and while we are sorry we will not be spending a few days at the grounds of the Royal Hospital Chelsea this summer with clients and friends, we hope you enjoy browsing this incredible selection and the wonderful stories associated with each item as much as we have enjoyed curating it.”

All books in this catalogue will be on display at Peter Harrington’s Dover Street store in Mayfair from June 22 to June 28, 2020.

•    First edition, of Newton’s Philosophiae Naturalis Principia Mathematica, “the “greatest work in the history of science”, among the most significant and influential books ever published, in which Newton laid out in mathematical terms the principles of gravity, time, force, and motion- £450,000.

•    First edition of Bacon’s Novum Organum (a “new instrument” to replace the old Organon of Aristotle) - a monumental work on the philosophy of science, on the systematic organisation of knowledge, and on the inductive method - £65,000.

•    Complete set of the three voyages of James Cook, “The ablest and most renowned Navigator this or any country hath produced” - £39,500.

•    Six of Joseph Conrad’s major titles, each inscribed to his friend and fellow author H. G. Wells, a remarkable record of a literary friendship - £275,000.

•    Wonderfully characterful pair of letters from Winston Churchill and Clementine relating to their long-term friendships with the great British painter Walter Sickert and his artist wife, Thérèse, reflecting Churchill’s very real emotional and intellectual investment in the practice of painting - £17,500.

•    Rare autograph letter by Charlotte Bronte to her closest friend Ellen Nussey, written when Charlotte was just 18 years old, exhibiting a style later to be found in her literary works - £65,000.

•    Rare second edition of Fray Martín’s Jardin de las nobles donzellas, a book of advice for Queen Isabel of Spain, a pro-feminist treatise in the “mirror for princes” tradition, “with references to the popular contemporary controversy of the battle between the sexes” - £30,000.

Other notable highlights include:

•    The only portion of the original manuscript of David Livingston’s Missionary Travels and Researches in South Africa known to remain in private hands, Missionary Travels known to remain in private hands, together with the autograph letter of transmission from Livingstone’s sister, tipped into a copy of the first edition (£65,000).

•    The Principles of Mr. Harrison’s Time-Keeper - A handsome first edition of the primary account of the invention of the marine chronometer by John Harrison (£100,000).

•    One of only 20 French Deluxe copies of Gustav Klimt’s portfolio in French, featuring 30 collotype plates of Klimt’s work, including six of the paintings that were destroyed at the end of the Second World War. (£35,000).

•    Second, corrected edition of the official account of the first British Embassy from the King of Great Britain to the Emperor of China, headed by George Staunton, Earl Macartney (£18,500).

•    Collection of 16 photographic albums of Arthur Stannard Vernay, an extraordinary personal archive of over 3,000 original photographs assembled by one of the most renowned naturalists and big-game hunters of the inter-war years, spanning Africa, the Middle East, India, and East Asia (£125,000).

•    First edition, with the plates in the proof state, of David Roberts’ The Holy Land, Syria, Idumea, Arabia, Egypt, & Nubia - “the apotheosis of the tinted lithograph”. No publication before this astonishing work had presented so comprehensive a series of views of the monuments, landscape, and people of the region (£57,000).

•    Scarce first edition in English of Heinrich Hoffman’s German children's Christmas picture book Der Struwwelpeter, among the rarest of all children's books due to the fragility of the publication (£18,500).

•    Rare first edition of Difesa, the second published work of Galileo in which he glories in his defeat of Baldassar Capra, who had plagiarised his work. He also describes the applications of his compass, his first significant scientific invention (£175,000).

•    First edition, Graham Greene’s personal copy of The Basement Room and Other Stories – Greene’s first short story collection – with his ownership inscription and manuscript annotations towards his screenplay for The Fallen Idol, the Carol Reed-directed adaptation of the lead story in this collection (£35,000).