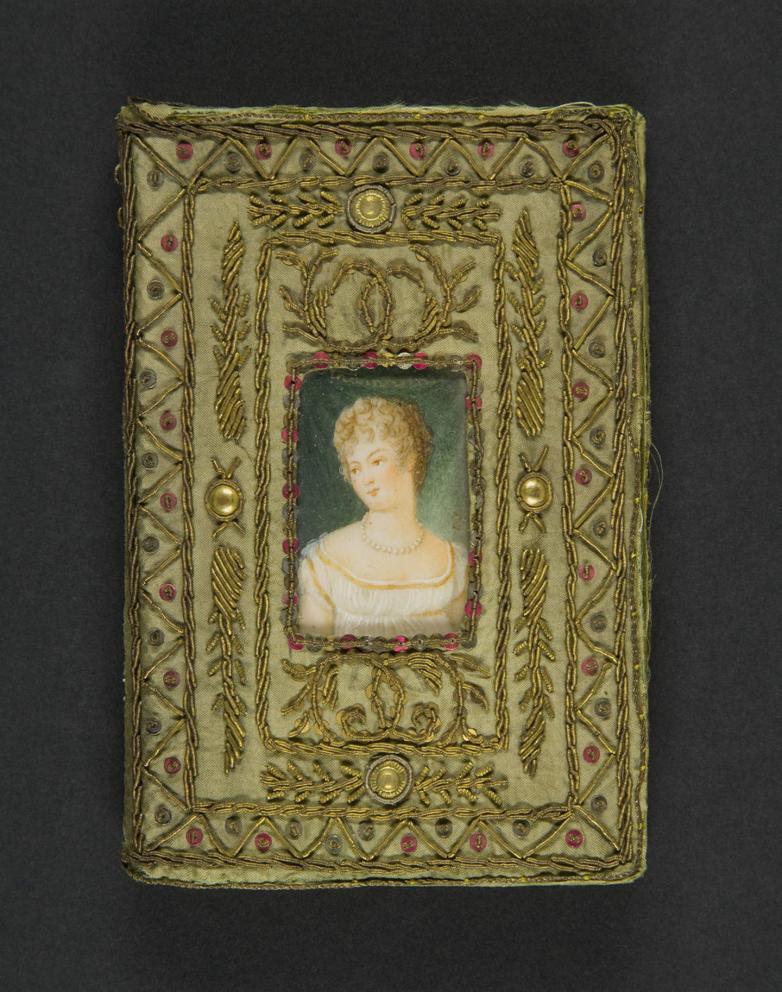 New York — The Metropolitan Museum of Art announced today an exceptional bequest of over 375 works from the late Jayne Wrightsman (1919–2019), Trustee Emerita and one of the most generous Benefactors in the Museum's history. The bequest includes significant gifts to the departments of Drawings and Prints, European Paintings, and European Sculpture and Decorative Arts, as well as to the Department of Asian Art, the Department of Islamic Art, and The Watson Library. In total, Jayne and her husband Charles Wrightsman (1895–1986) have given more than 1,275 works to The Met.

Daniel H. Weiss, President and CEO, states: "Jayne and Charles Wrightsman served as model patrons and standard-bearers for a generation of donors. Their legendary eye for art was exceeded in magnitude only by their unwavering dedication to The Met collection, galleries, and staff. They truly became part of the Museum's family, and we are eternally grateful for the infinite ways they profoundly impacted—and will continue to impact—this institution."

Max Hollein, Director, states: "Jayne Wrightsman's extraordinary bequest is a capstone to more than half a century's worth of inspired acts of generosity. Nearly every aspect of the Museum has benefitted enormously from the Wrightsmans' devoted patronage. They have enriched the lives of countless visitors to The Met through their gifts of rare, beautiful, and priceless works of art, and their legacy will long be remembered and celebrated by all. The Met would not be what it is today without Jayne and Charles Wrightsman."

In addition to this gift, Jayne made provisions for substantial additional funding to the existing Wrightsman Fund, of which over $80 million has already been received by The Met. The fund supports ongoing acquisitions of works of art from Western Europe and Great Britain created during the period from 1500 to 1850. The support comes at a time of financial stability for the Museum, as described in its recently released Annual Report for fiscal year 2019 (July 1, 2018–June 30, 2019). The Wrightsman bequest helped the Museum achieve a total of $211.5 million in new gifts and pledges in FY19. The bequest will also be reflected in the current fiscal year that will end on June 30, 2020, and in years to come as the Wrightsman Fund continues to receive funds that are an ongoing part of the bequest.

For over 60 years, the Wrightsmans supported The Met through their tireless involvement in the institution and through gifts of European paintings, prints, drawings, sculpture, decorative arts, and rare books. Their creation of an acquisition fund enabled the Museum to make purchases of great importance, many of which stretched beyond the couple's own patterns of collecting. During the 1960s and 1970s, the Wrightsmans embarked on a project to improve The Met's French period rooms and purchased additional paneling for several new spaces. The galleries that bear their names display 18th-century furniture and furnishings, largely from their collection. The Wrightsmans were also champions of the Department of European Paintings, giving and providing funding for the purchase of masterpieces such as Johannes Vermeer's Study of a Young Woman, Peter Paul Rubens's self-portrait with his family, and Jacques Louis David's landmark portrait depicting Antoine Laurent Lavoisier and his wife, as well as supporting critical conservation efforts. Charles became a Trustee of the Museum in 1956 and was named Trustee Emeritus in 1975. Jayne, who developed a deep knowledge of French art, was elected a Benefactor in 1963 and joined the Board of Trustees in 1975. Between 1975 and 1997, she served first as a member and then as Chairman of the Museum's Acquisitions Committee.

A selection of works from Jayne Wrightsman's bequest will be on display from November 15, 2019 through February 16, 2020. The Department of European Sculpture and Decorative Arts will exhibit 55 small objects in Gallery 545, from a pair of 17th-century Italian porphyry urns to an 18th-century French porcelain inkstand in the form of a pomegranate. In the Robert Wood Johnson, Jr. Gallery (Gallery 690), the Department of Drawings and Prints will present works on paper from the Wrightsman Collection, including a portrait of Marie Antoinette by Élisabeth Louise Vigée Le Brun and a pair of drawings by Louis de Carmontelle, alongside several exquisitely bound rare books. The Department of European Paintings will feature 22 paintings in Gallery 630—such as works by Canaletto, Eugène Delacroix, Anthony van Dyck, Théodore Gericault, Giovanni Battista Tiepolo, Georges Seurat, and others—and will identify these and other European paintings previously given by the Wrightsmans with a "W" on the label of each painting.

The Met has published a special online feature about the Wrightsmans' impact. In addition to archival photos and a catalogue of their contributions to the Museum's collection, it features commemorative essays written by current and former Museum staff.