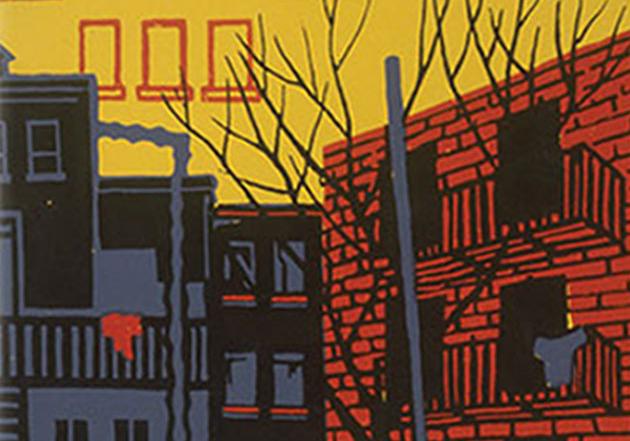 Anna Katharine Green's That Affair Next Door (1897) will be the first title in the Library of Congress Crime Classics Series.

Washington, D.C. — Three titles will launch the Library of Congress Crime Classics Series in spring 2020. Cover designs were inspired by images from the Library's collections. 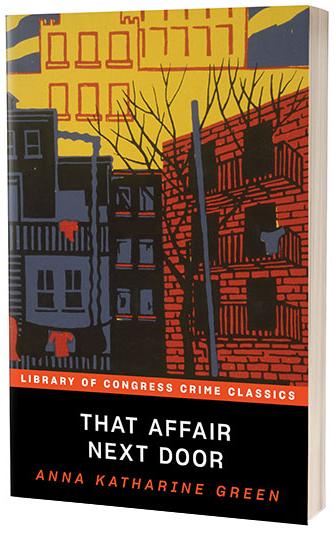 Anna Katharine Green's That Affair Next Door (1897) will be the first title in the Library of Congress Crime Classics Series.

Series editor and mystery expert Leslie S. Klinger, a two-time Edgar®-winner for his critical and editorial work, has selected lesser known titles that represent a range of genres, from “cozies” to police procedurals. Along with the original text of the novel, each book includes a contextual introduction by Klinger, as well as a brief author biography, notes, recommendations for further reading and discussion questions for book clubs and classrooms.

“Early American crime fiction is not only entertaining to read, it also sheds light on the culture of its time,” said Librarian of Congress Carla Hayden. “It’s fascinating to read these books and reflect on the evolution of our society’s perceptions of race, gender, ethnicity and social standing.”

Each of the three spring titles represents a “first.” Green’s “That Affair Next Door” features the first female detective—Amelia Butterworth—to appear in a series, long predating Miss Marple. C. W. Grafton, father of detective novelist Sue Grafton and author of “The Rat Began to Gnaw the Rope,” is one of the first crime writers to add humor to the hard-boiled style of Dashiell Hammett and Raymond Chandler. Dell Shannon, author of “Case Pending,” is not only one of the first women to write police procedurals, she also boldly depicted a Mexican-American detective working in a Los Angeles that had not forgotten the 1943 “zoot suit” riots targeting young Chicanos.

Poisoned Pen Press President Robert Rosenwald, who publishes the successful British Library Crime Classics series in the United States, is delighted with the collaboration. His grandfather, Lessing Rosenwald, donated his extraordinary collection of 2,653 rare books to the Library of Congress.

“My family has deep roots at the Library of Congress,” he said. “It’s an honor to continue the Rosenwald tradition of sharing books from the past with readers of the present.”

The award-winning crime and mystery publisher founded in 1997 became an imprint of Sourcebooks in January 2019. Sourcebooks, the largest woman-owned trade book publisher in North America, is led by founder and CEO Dominique Raccah, who was recently named Publisher of the Year by “The Strand Magazine.”

“We’re incredibly excited to be working with the Library of Congress on the reissue of classic American mysteries and helping readers rediscover these great stories,” Raccah said. “Poisoned Pen Press is a legendary and award-winning publisher, and we are thrilled to work with the Library of Congress to create a new way for readers to discover great American mysteries.”

“That Affair Next Door”

Snooping spinster Amelia Butterworth inserts herself into the investigation of a murder that occurred in the house of her wealthy next door neighbors in New York City. The matron peppers bemused detective Ebenezer Gryce with her observations and theories, confident she can contribute to solving the case. A testament to Green’s innovation of the detective fiction genre, Butterworth is the first female detective to appear in a series of novels, long predating Miss Marple.

“The Rat Began to Gnaw the Rope”

A young lawyer hired by a pretty young woman to investigate the motives behind a proposed stock buy-back cheats death repeatedly as he painstakingly uncovers secrets that executives at Harper Products don’t want revealed. Authored by the father of detective novelist Sue Grafton, “The Rat Began to Gnaw the Rope” takes readers on an adventure via plane, train and automobile as the protagonist stops at nothing in his search for the truth. Grafton was one of the first crime writers to add humor to the hard-boiled style of Dashiell Hammett and Raymond Chandler.

Set in Los Angeles, “Case Pending” stars Lt. Luis Mendoza, a police detective with a strong hunch that two seemingly unrelated murders are linked by an unlikely item: a doll. Everyone in the vicinity has something to hide, but 13-year-old Marty Lindstrom doesn’t know how much longer he can keep the awful secret that keeps him awake at night. Not only one of the first women to write police procedurals, Shannon also boldly depicted a Mexican-American detective working in a Los Angeles that had not forgotten the 1943 “zoot suit” riots targeting young Chicanos.