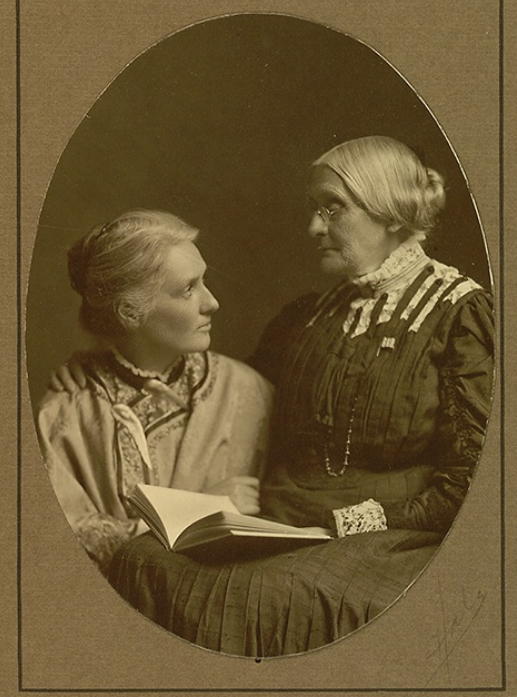 Washington, D.C. — Researchers and students have gained access to seven newly digitized collections of manuscript materials from the Library of Congress, including records of one of the most important women’s suffrage organizations, the papers of President Abraham Lincoln’s personal secretary and collections on the history of federal monetary policy. The availability of these collections added more than 465,000 images to the Library’s already vast online resources.

One highlight is the extensive collection of the National American Woman Suffrage Association. The Library’s ongoing exhibition “Shall Not Be Denied: Women Fight for the Vote” draws heavily from the collection to tell the story of the largest reform movement in American history from 100 years ago.

The digital release of the records of the National American Woman Suffrage Association gives researchers online access to one of the most important national women’s suffrage organizations in the U.S., said curator Elizabeth Novara. The collection includes more than 26,000 items, most of which were digitized from 73 microfilm reels.

“The records reflect NAWSA’s multifaceted history and include materials related to key figures in the movement, such as Susan B. Anthony, Elizabeth Cady Stanton, Anna Howard Shaw and Carrie Chapman Catt,” Novara said. “They also provide a wealth of material on the many other women and men who contributed to the suffrage cause.”

The papers of the presidential secretary and biographer John G. Nicolay (1832–1901) consist of 5,500 items scanned from original materials. Spanning the years 1811 to 1943, the collection particularly reflects Nicolay’s tenure as private secretary to President Abraham Lincoln.

The papers “offer Nicolay’s insider observations of the Lincoln White House recorded in his wartime letters,” said curator Michelle Krowl. “Nicolay’s later correspondence and research files document his continued devotion to Lincoln as his biographer and longtime custodian of the Abraham Lincoln Papers (also available online at the Library).”

From the same era, the papers of Confederate general Jubal Anderson Early were also released online.

The collection documents the work of the landscape architectural firm originally founded by Frederick Law Olmsted as it was continued by his sons in Massachusetts. It includes nearly 150,000 items scanned from 532 reels of microfilm.

A stand-out collection item — from the perspective of Washington, D.C., residents at least — is a June 1890 letter from John Charles Olmsted to his father, Frederick Law Olmsted, about the site for the National Zoo.

“It represents a major project here in D.C. and also the beginning of the passing of the torch from one generation to the next in the firm,” said curator Barbara Bair.

Three newly released collections relate to federal monetary policy: The Nelson W. Aldrich papers document the National Monetary Commission, created in 1908; and the Charles S. Hamlin papers and the Eugene Meyer papers document the Federal Reserve Board during the first three decades of the 20th century.

The Aldrich papers “provide a vantage point from which to observe the nation’s financial transformation in the early 20th century,” said curator Ryan Reft. The Hamlin papers offer a “window into the politics and social history of the nation’s capital,” including race relations, and the Meyer papers “serve as a critical point of observation” into efforts taken by the Federal Reserve during the earliest years of the Great Depression. Meyer was also publisher of The Washington Post

The digitization of the collections is part of a larger effort to make historical materials available online. Other newly digitized collections include news dispatches of The Associated Press, the papers of suffragists Carrie Chapman Catt, Susan B. Anthony and Elizabeth Cady Stanton, Presidents James Garfield, Theodore Roosevelt and Woodrow Wilson, and others. The digitization reflects advancement toward a goal in the Library’s user-centered strategic plan to expand access, making unique collections available when, where and how users need them. Learn more about the Library’s five-year plan at loc.gov/strategic-plan/.