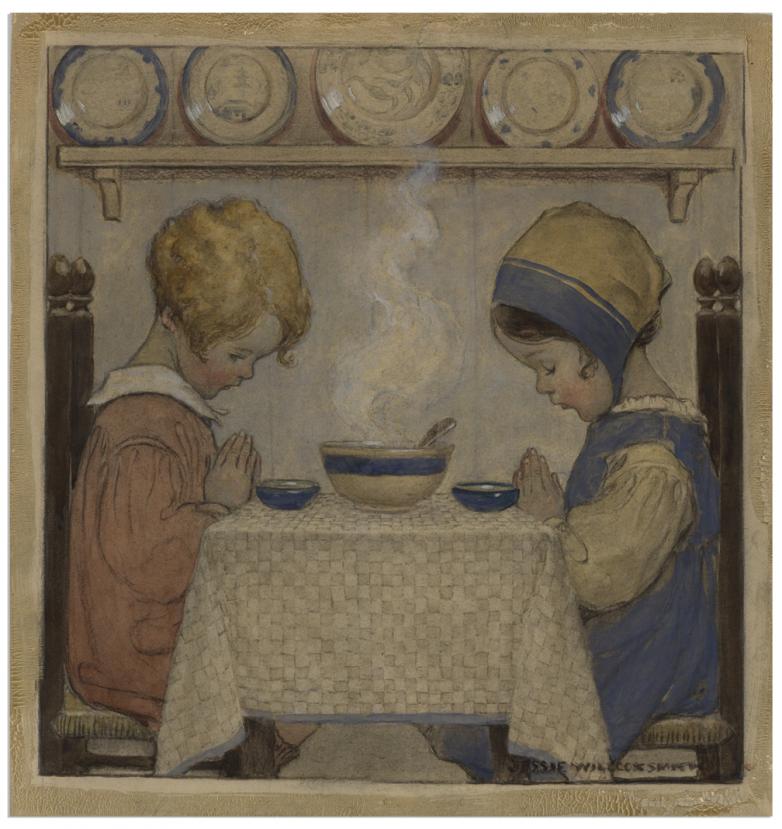 The November 1920 issue of ''Good Housekeeping'' shows two children praying before their meal and is signed ''Jessie Willcox Smith'' at the lower right. The artwork is one of Willcox Smith's most memorable pieces, with limited edition lithographs even being made of it.

Jessie Willcox Smith was the exclusive cover artist for ''Good Housekeeping'' from 1917-1933, and was the second woman inducted into the Society of Illustrators Hall of Fame, followed shortly thereafter by Elizabeth Shippen Green and Violet Oakley, fellow members of the Red Rose Girls, a group of female artists who flourished during the Golden Age of Illustration. The artwork was given to Anne Champe Orr, the needlework editor for ''Good Housekeeping'', and then by descent to the consignor.

Additional information on the cover art can be found at: https://natedsanders.com/Jessie_Willcox_Smith_Original_Cover_Art_for___Good-LOT57672.aspx