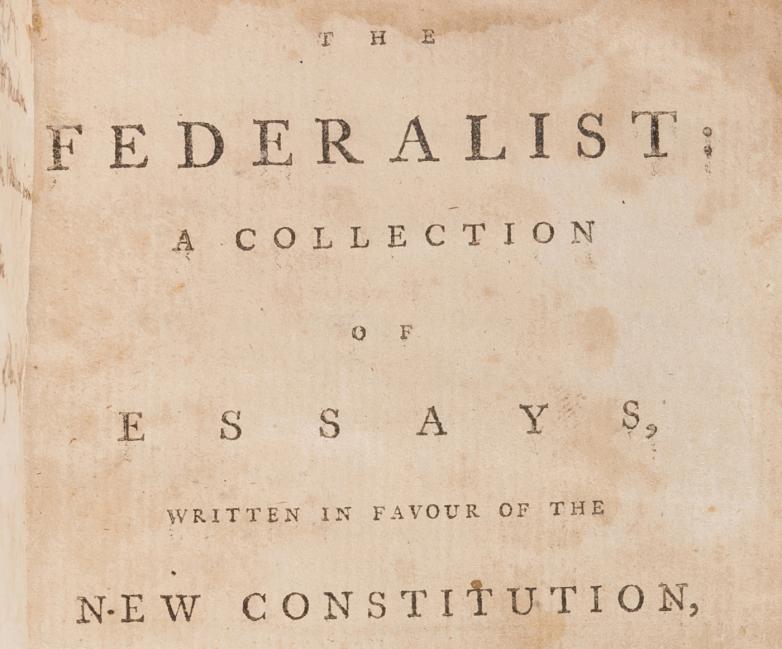 Chicago – Hindman Auctions set a house record on November 9 and 10 when its Fine Printed Books & Manuscripts, Including Americana auction achieved a sales total of $1.5 million, the most ever for a various owner Fine Books & Manuscript auction in the company’s 39 year history. The 686 lot auction saw competitive bidding from around the globe that resulted in lots consistently soaring past their presales estimates on both days.

“I am proud of this department and everyone who helped us achieve this tremendous result,” said Gretchen Hause, Hindman’s Director and Senior Specialist of Books & Manuscripts. “The results of the past two days demonstrate not only the strength of the market, but the breadth and diversity of interests of collectors today.”

The strongest category of the sale was Printed and Manuscript Americana, which accounted for 8 of the 15 highest prices of the auction, including the top two lots. A first edition of the Federalist Papers (lot 281) published in 1788 took the top honor selling for $175,000 against a presale estimate of $40,000 - $60,000. Written under the pseudonym "Publius" by Founding Fathers Alexander Hamilton, James Madison and John Jay, the collection of 85 essays is widely considered to be instrumental in garnering public support for the framework that would become the United States Constitution.

The driving force behind the Americana category was the Dr. Brant Mittler Collection of Americana and Texiana, which accounted for 6 of the 10 highest prices in the category. A journal from the first session of the United States Senate (lot 261) was the top lot of the collection selling for $81,250, more than tripling its high estimate. Included in the journal were notes on the discussion of 12 potential amendments to the United States Constitution, 10 of which would become the Bill of Rights, making this one of the earliest printed versions of these historic amendments.

Other highlights from the category included a 1775 first London Edition of The Declaration of Causes and Necessity from the Continental Congress (lot 279) which sold for $21,250; a 24 volume set from 1837 of The Writings of George Washington (lot 295) which sold for $20,000; and a John James Audubon yellow-crowned heron engraving (lot 273) which sold for $18,750.

Selections from the Studio and Personal Archive of Barry Moser

Closing out the auction were selections from the studio and personal archive of renowned artist and illustrator Barry Moser. The selection represented the most comprehensive group of Moser material ever offered at auction, and illustrated the full range of Moser’s creative process. The top lot of the collection was the Pennyroyal Caxton edition of the King James Bible (lot 620) which sold for $17,500 beating its presale estimate of $8,000 - $12,000.

Other Moser highlights include an Alice's Adventures in Wonderland and Through the Looking-Glass and what Alice found there set illustrated by Moser (lot 586) which sold for $8,750; and a group of nine original pen and ink with wash and pencil drawings for Allen Mandelbaum’s translation of Virgil’s Aeneid, published in 1981 (lot 582), which sold for $8,750.

The sale also saw strong prices and competitive bidding across the board for literature, fine bindings, fore-edge paintings, and the Frank Lloyd Wright collection of Jesse “Cary” Caraway.

Bidding for the November 9 and 10 auctions began at 10 am CT at Hindman’s Chicago saleroom. Bidders participated via absentee bid, by phone, and live online through the Hindman’s Digital Bid Room. Hindman continues to welcome consignments for upcoming Fine Books & Manuscripts auctions.